Aston Martin Valkyrie: A hypercar of the gods

Bow your heads before you look up to take in the magnificence of an all-new era of hypercars, born from one of the most brilliant minds in modern F1. First showcased in 2015 by the codename AM-RB 001, this menacing creature aiming to achieve automotive supremacy was finally bestowed with a name early this year in March. Following the tradition of Aston Martin of naming their more special and extreme cars with a ‘V’, this hypercar takes its name from Norse mythology. Meet the first of the new era – the Aston Martin Valkyrie. 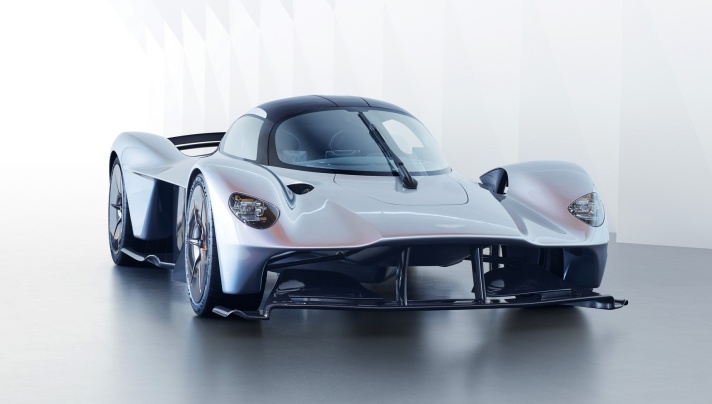 Much is still kept hidden from us in terms of performance capabilities, but even before we get to the bits inside, let’s take the time to marvel at the form and shape of the Valkyrie, the car that will usher in a new generation of hypercars. The teardrop shaped body with its contours follows the space between the full-length venturi tunnels on either side of the cockpit floor. Its form is a result of the genius and commitment to aerodynamic efficiency brought on board by Red Bull Racing’s Adrain Newey.

There is an active wing suspended below the flat nose section and there are openings in the body surface between the cockpit and the front wheel arches for achieving even more downforce at the front. Round the back, you will see a two-part rear wing wtih active aerodynamic functionality that hovers uneasily close to the exhaust exit. Both those sizeable elements sit above a massive diffuser. Even the spectacular gullwing doors are a choice of function to allow people to enter and exit the Valkyries cockpit. 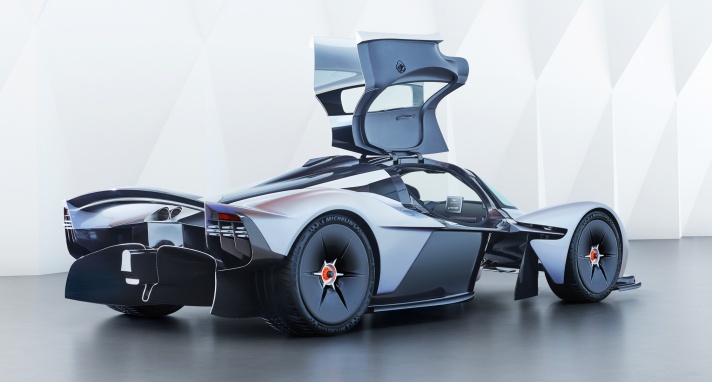 The powertrain is still under development along with the remaining 5 percent or so of the body design but Aston Martin and Red Bull have confirmed a few details. The Valkyrie will be a hybrid with an e-motor in it somewhere, as expected, but there won’t be any turbos here. It is getting an added dose of motorsport performance and pedigree in the form of a Cosworth developed 6.5-litre naturally-aspirated V12, for a combined output well north of a 1000bhp and a body weight that goes just a little over a 1000kg. 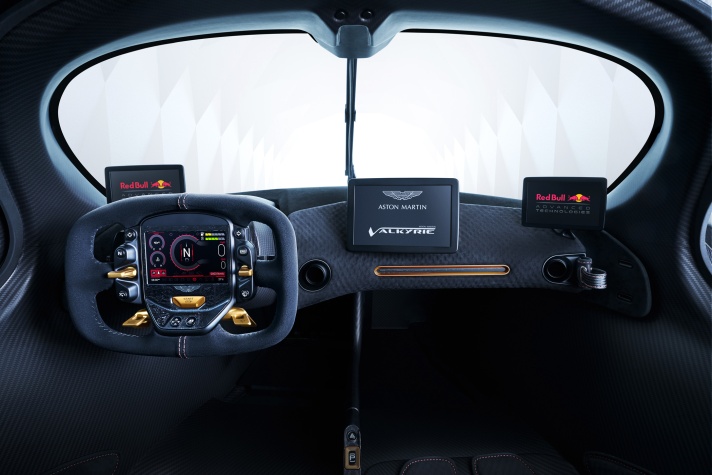 Move inside and you will see the core principle of weight saving and aerodynamic supremacy continues. It is a road car still and has been designed to seat two, but in order to fit the occupants comfortably in the teardrop cockpit, they will be angled inwards by 5 degrees. There are no seats as such, just padding stuck directly to the sculpted carbon-fibre tub and you can adjust the steering and pedals as needed, like in the Ford GT. But its still a modern Aston and as such has tastefully done interior while keeping the distractions to a minimum, placing all the switchgear on the steering wheel with all the vital bits on a single OLED display screen. The other monitors on either ends of the dash are the displays for the cameras that replace the rear-view mirrors. The detachable racing steering wheel is a work of art in itself and should be kept on a special mantelpiece display when not being used to drive the Valkyrie.

One of the main reasons that there are no official performance figures is that there still isn’t a fully functional unit of the Valkyrie yet but it is due next year. All units of the multi-million hypercar are already sold out and the first round of deliveries is expected to begin in 2019. It is one of the first of the next generation of hypercars, a result of the combined effort of an OEM and a Formula 1 team. It’s most serious competition will be the soon to be unveiled Mercedes Project One, a road car with an F1 engine. McLaren meanwhile has TWO hypercars under development, the P15 expected to be unveiled near the end of this year and the BP23 to follow it.

Ferrari seems to have nothing to top the La Ferrari at the moment and Porsche seem to be more focused on developing their electric and hybrid powertrains. Koenigsegg only recently unveiled the Regera while the Agera RS is yet to prove its track abilities, and Pagani is in a similar situation with the Huayra BC. The question does arise then, will Lamborghini step to the plate if their incoming SUV does well? Or will we have something totally unexpected, like an Audi hypercar? These days such possibilities are still very much open as we beckon in an interesting era of hypercars to come.

Take a better look at the Aston Martin Valkyrie in the gallery below: 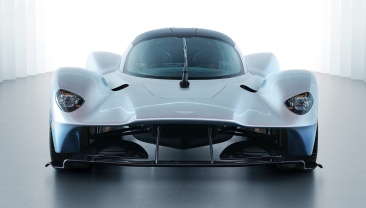 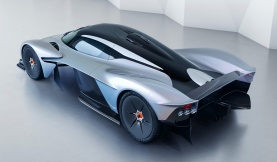 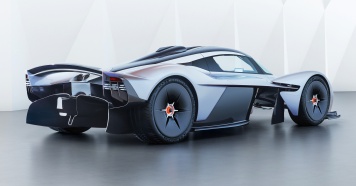 5 thoughts on “Aston Martin Valkyrie: A hypercar of the gods”