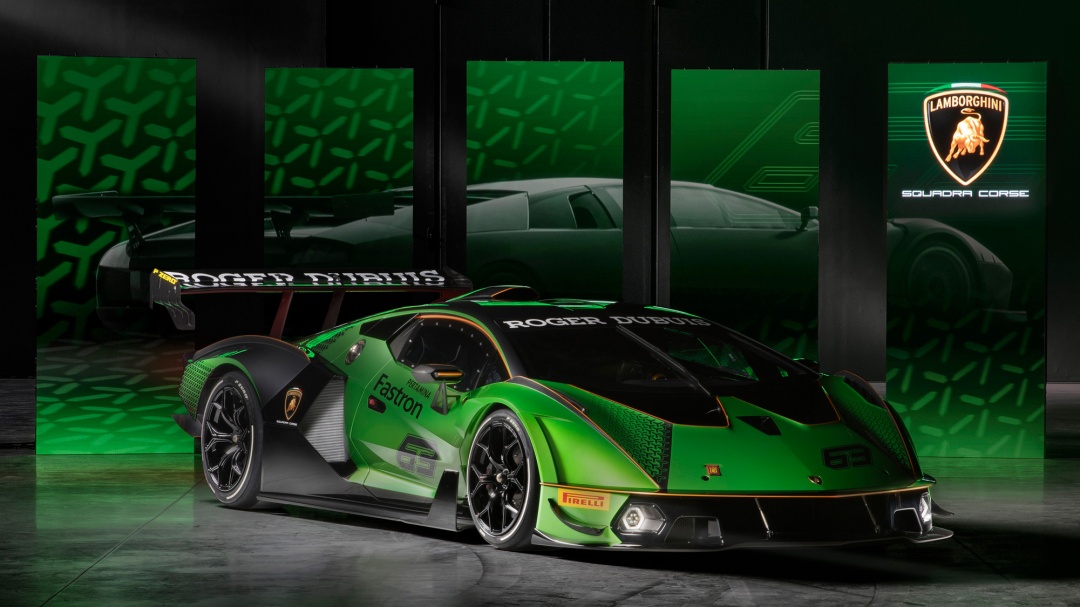 Lamborghini Essenza SCV12 Is An 830hp Italian Bull For The Track

The Italian performance car manufacturers are good at a lot of things and making special edition high-performance versions of their regular production models is one of them. It means when this Lamborghini track-special was first announced, I couldn’t help but shrug it off. Now unveiled in its entirety, the new Lamborghini Essenza SCV12 is nothing to scoff at.

Built for the track, unshackled and free from road-compliance restrictions, the SCV12 is based on the Aventador and features the most powerful iteration of Lamborghini’s iconic 6.5-litre V12. It is still naturally aspirated and it now makes over 830hp. This time the power figure has been kept vague because of the SCV12’s ram-air intakes that would increase output at high speeds. So, it literally gets faster as it goes fast in a straight line. Also, a rarity in Lambo’s lineup, this track-special hypercar is RWD only using a new six-speed sequential gearbox made by X-trac, makers of racing transmissions.

The Essenza SCV12 is built to FIA prototype safety rules. Its carbon-fibre monocoque chassis is a new-gen design that doesn’t require an internal roll cage. The gearbox is a structural element and the pushrod rear suspension is installed directly on the gearbox. In terms of aero, the word extreme comes to mind. However, one can’t help but wonder how much it is actually functional and how much of it is Lamborghini’s mad design. The hood has a double air intake with a divider that separates hot air from the radiator and channels the cold air to the airscoop on the roof. It has an aggressive front splitter, massive rear diffuser and lots more vents and flicks down the sides. There’s also that massive, double-profile wing with swan-mounts. In fact, from most angles, the Essenza SCV12 looks nothing like any Lamborghini road car.

It was designed by Lamborghini Centro Stile who have long designed racing cars for Lamborghini Squadra Corse. The SCV12 draws styling inspiration from the likes of the Miura Jota, Diablo GTR and Murcielago GT-A. Meanwhile, it borrows aero elements from more recent Lambo-racecars like the Huracan Super Trofeo EVO and the GT3 EVO. The Y-shape styling is prevalent both outside and inside the Essenza SCV12.

Its cabin is made mostly of exposed carbon fibre and some Alcantara. Surprisingly, the SCV12 does get two seats but nothing takes away from the focus of the cabin – the driver. The steering wheel is racing-inspired with enough buttons and toggles to be draw similarities to an F1 steering wheel. On top of that, there is an array of buttons on the middle console for all sorts of controls.

Only 40 units of the Essenza SCV12 are up for sale and each car will be heavily personalised. These owners will also become members of an exclusive club in Lamborghini that will give them access to various racing programs and drive their track-only hypercars around some of the best circuits in the world. Plus special driver tuition from the likes of Emmanuele Pirro (5-time LeMans winner) and Marco Mapelli (destroyer of Nürburgring lap times). Prices are said to start around the £2 million mark and you probably need to be a very close affiliate of the brand.

The Essenza SCV12 is a very special piece of kit with some incredible engineering but somehow it doesn’t feel that memorable. We’ve seen some clips of it being tested on a track and the car looks like an absolute beast and yet, in the words of James May, it doesn’t quite give me the fizz. Perhaps it is a car that will earn my respect as time goes on and it gets to build its narrative, but as an exclusive track-toy-for-the-rich-boy, this is a Lambo I’ll easily forget.

In case you want to look at a road-legal, track-special Lamborghini, I’d suggest you check out the SC18, a one-off Aventador for a special customer. Or in case you want to look at some outlandish and unforgettable Lamborghini concept cars, we’ve covered two in the last few years: the Terzo Millenio and the V12 Vision Gran Turismo. Last but not least, you can also check out the first-ever Lambo V12 hybrid with supercapacitors – the Sián FKP37.

What did you make of the Lamborghini Essenza SCV12? Were you also as unimpressed by it as I was? Do you think its just Lambo copying Ferrari’s XX program? Would you rather spend a few million more and get yourself a Bugatti Divo that’s at least road legal and has nearly twice the power? Share your thoughts in the comments below and don’t forget to subscribe to the Auto Loons for more cool updates from the car world.