Aston Martin and Red Bull Racing got together to make a new-gen hypercar that was focussed on track performance with a big focus on aerodynamics while still being road-legal. The final iteration was unveiled last year with the name of Valkyrie, an extreme performance race car with a number plate. For this year’s Geneva Auto Show, the duo showcased what it would look like if it didn’t have to wear a number plate and it looks absolutely beastly – the Valkyrie AMR Pro.

Unveiled by Christian Horner and Adrian Newey, key developers of the Valkyrie and top folks at the Aston Martin Red Bull Racing F1 team, the AMR Pro version sports many additional aerodynamic elements. It still has the hybrid 6.5-litre V12 powertrain that will make more than 1,100 bhp and the new aero bits generate more than 1,000kg of downforce. The new aero bits are the extended front splitter, carbon fibre everywhere, weight saving measures, fixed rear wing with end plates that are attached to the sides of the body itself, the sharkfin behind the cockpit shell and a diffuser design that allows air to flow around the teardrop design cockpit. It looks like an F1 car with a completely closed cockpit and one extra seat.

Only 25 of these track-only monsters will be made and all have been sold. Deliveries are expected to commence in 2020, so it’s still a long wait before we get to see the Valkyrie AMR Pro, the McLaren Senna GTR and the Project One go head-to-head for bragging rights in terms of lap time records.

What do you think of the extreme version of the extreme hypercar? Do you think the yet-to-arrive McLaren BP23 hypercar will be even cooler? Is the Valkyrie AMR Pro cooler than the Senna GTR? Share your thoughts in the comments below the gallery. 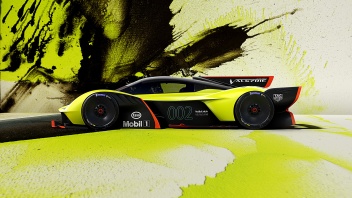 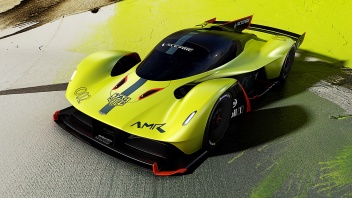 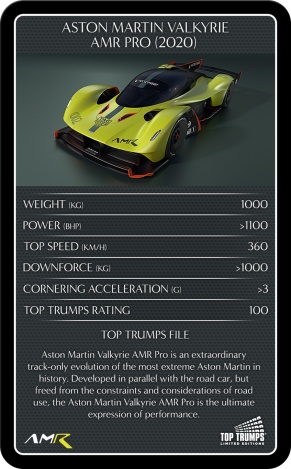