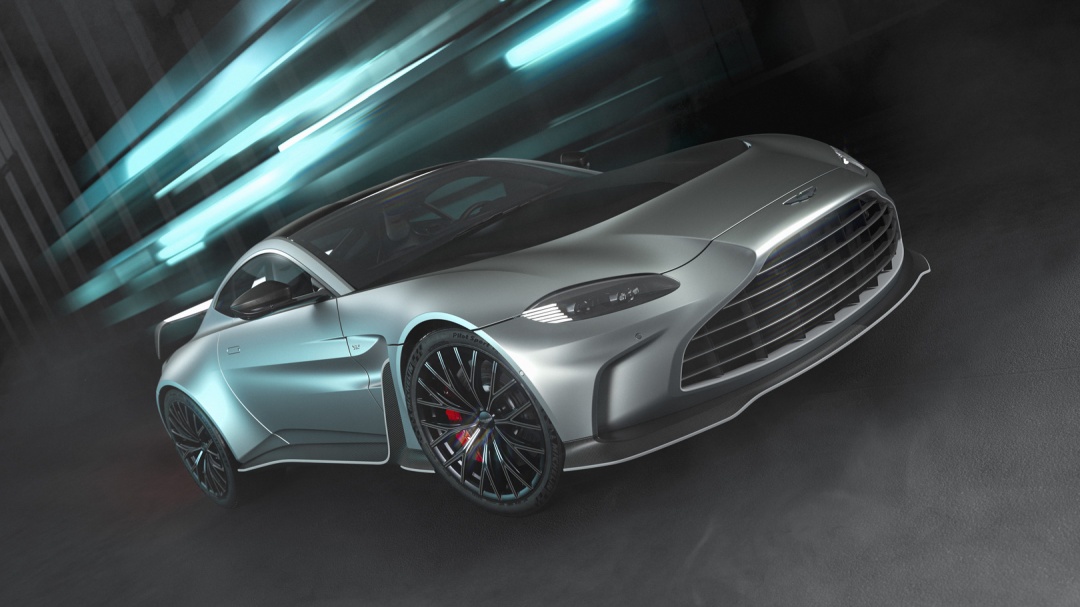 As the scythe of electrification has been cutting into the world of luxury performance cars, Aston Martin has surprised us all with a new V12 Vantage. But this is the last one, the last of its kind, and it has no intention of leaving quietly.

The Vantage is an icon in the Aston Martin lineup as the luxury brand’s angry sports car. It has been primarily offered with a V8 engine throughout its history. In 2009, the British marquee fitted it with its 5.9-litre naturally-aspirated V12. While it did boast impressive performance figures, the V12 Vantage immediately found a place in our hearts for its raw, soul-pleasing sound. When Aston Martin introduced the generational replacement for the Vantage, one with an AMG-sourced bi-turbo V8 in 2017, we thought we had seen the last of the V12 Aston Martin sports cars with the super-limited Vantage V600.

But we were happily wrong. THIS is the last one, and it is the most powerful Vantage ever. The old N.A. V12 is replaced by a far more potent 5.2-litre twin-turbo V12 that churns out 700PS and 753Nm. That’s a whopping additional 190PS but only 68 more torques. It’s not the most powerful tune of this V12 engine that also powers the current Aston Martin flagship, the DBS Superleggera. But nothing is lacking with 700PS being sent to the rear wheels in a package as small as the Vantage. Its 8-speed ZF transmission gets a bespoke calibration with learnings from the V12 Speedster and Vantage F1 Edition. While it was not expected to get a manual gearbox, it would have been a nice bonus.

The all-new V12 Vantage has a claimed 0-96kph time of 3.4 seconds with a top speed of 322kph (200mph). With the engine upgrade, the Vantage gets enhanced dynamic abilities as well. It has a new adaptive damping suspension system with a host of new parts, the spring rate is increased by 50% at the front and 40% at the rear, stiffer front end, and increased body stiffness as well. Even the steering has been updated for sharper response and a more engaging driver experience.

In terms of design, the V12 Vantage features a host of aerodynamic improvements. The widebody design accommodates the extra 40mm track width. Sadly, it does not get the same distinctive vents on the bonnet as the old V12 Vantage. Instead, it has a horse-shoe shaped vent integrated into the bonnet and an even larger grille. There is also a front splitter that spans the entire width of the front bumper, and a long single-piece skirt along the sides that extends from behind the front wheel arches to the rear wheels.

At the rear, the redesigned bumper with a tall integrated diffuser and a central twin-exit exhaust steal the show for the new V12 Vantage. There’s also a fixed spoiler that can be removed as an option, taking a page from the Porsche 911 GT3 handbook. With the wing, the aero package of the new V12 Vantage generates a maximum downforce of 204kg at top speed. Aston Martin states extensive work has been done to the underbody as well to ensure a suitable aerodynamic balance to match the increased performance.

Then there is the weight loss compared to the regular Vantage. The V12 Vantage uses carbon fibre panels upfront, a lightweight battery, and carbon-ceramic brakes as standard. The lightweight exhaust system alone is 7.2kg lighter than the one in the normal V8 vantage and buyers can save an additional 8kg by fitting the optional lightweight 21-inch wheels.

There are no major changes to the cabin of the V12 Vantage over the regular version, which is based sadly on the old AMG cabin. It gets the same dashboard layout with the squared-off steering wheel, small central display, a three-part digital instrument cluster and an inverted V-layout for the dials at the top of the central console tunnel. It does get distinctive V12 badging between those dials. There is also a healthy dose of carbon fibre trim while the new carbon fibre performance seat shaves off another 7.3kg. Of course, there will be a host of bespoke personalisation options from Q by Aston Martin for some cool specifications.

Only 333 units of the V12 Vantage will be built, and they’re sold out. Like most special edition cars these days, it is not as limited as the Vantage GT12 or V12 Vantage AMR of which only 100 units each were made. The Vantage V600 remains the rarest of the lot with only 14 units built, and the V12 is mated to a 7-speed manual shifter.

What do you make of the new Aston Martin V12 Vantage? Would you want one over the latest-gen Porsche 911 GT3? Share your thoughts in the comments below, and don’t forget to subscribe to the Auto Loons for more cool updates from the car world.