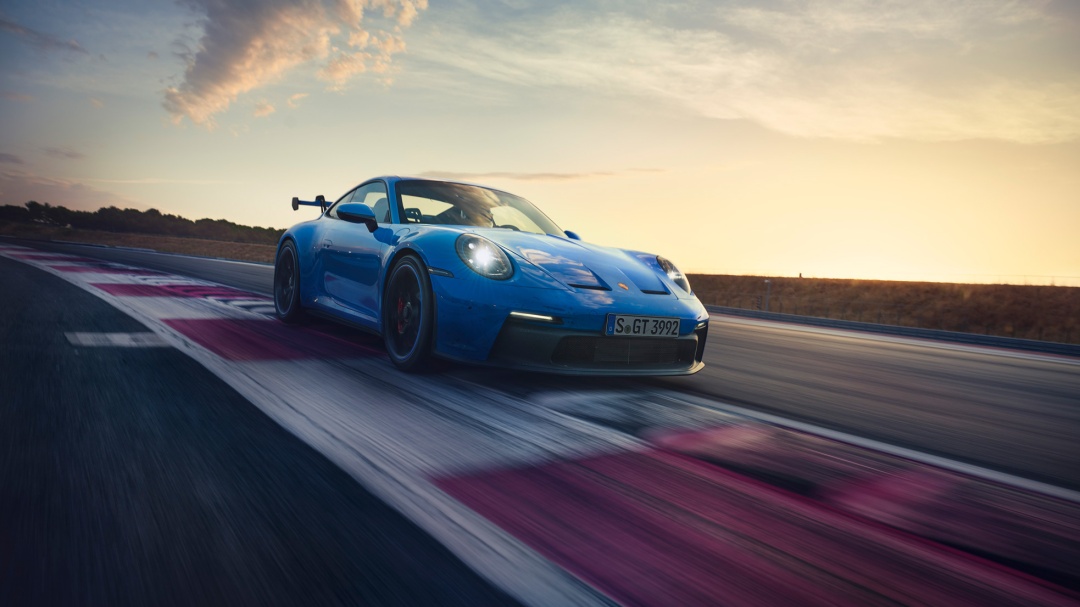 Each generation of the Porsche 911 is an evolution over the previous one in terms of styling and performance. Every new 911 is quicker and a better car than before. Then it gets the GT treatment from Porsche’s motorsport division who make this sensible sports car a lot more fun to drive. They’ve dug their teeth into the 992 Generation and here’s the result: the new 911 GT3.

First, we must address the best fact about the new GT3: it’s naturally aspirated. Yep. Porsche found a way to make sure that the 911 GT3 still has a high-revving, free-breathing, 4.0-litre straight-six engine. It’s the same engine as before but has new bits to make it better. Derived from the 911 GT3 R racecar, it is tuned for 503hp at 8,400rpm and revs till 9,000rpm. It’s basically the same engine as the latest track-only 911 GT3 Cup car. On top of that, Porsche is offering it with the choice of a 6-speed GT Sport manual and a 7-speed PDK.

Let’s go over some of the nerdy details as shared by Porsche about the seventh-gen 911 GT3. It uses components developed on the 911 RSR: double-wishbone front axle, massive swan-neck rear wing and the diffuser. The entire suspension has been improved for better cornering ability and the chassis of the 992 already offers increased stiffness. It is rear-wheel-drive and gets rear-wheel steering as standard. The adjustable sports suspension is more versatile to be more usable in both track and road modes. The brakes are bigger and the tyres are wider with the option of running Michelin Pilot Sport Cup 2 R rubber for even more grip.

Since the 992 is bigger than the previous-gen 911, its GT3 iteration has grown as well. Despite the extra width and additional features, Porsche engineers worked hard to keep it weighing around the same as the previous-gen GT3 – 1,418kg with the manual gearbox and 1,435kg with the PDK. The bonnet and some of the aero components are carbon fibre while the carbon roof is an optional extra. Other weight-saving measures include lightweight windows, optimised brake discs, forged wheels, a lighter battery for the electronics, carbon fibre seats and a lightweight sports exhaust.

In terms of performance numbers, there are two sets of information depending on the transmission. With the fast-shifting PDK automatic, 0-100kph takes 3.2 seconds, 200kph comes up in 10.8 seconds and the top speed is 318kph. If you pick the manual option, you’ll take 0.5s longer to reach 100kph, 1.1s more to reach 200kph and achieve a slightly higher top speed of 320kph. The angle of the rear wing is manually adjustable and at its most track-focused setting, it generates 150% more downforce than the previous GT3 at 200kph. In its default setting, the new wing offers 50% more downforce than its predecessor. That RSR-derived rear diffuser looks a lot more aggressive than the one seen on the 991.2 GT3 and offers 4 times more downforce.

At the cost of disagreeing with Mr James May, Nürburging lap times are probably the best way to gauge how much quicker the new GT3 really is. It did the full 20.8km lap in 6m59.927s while the previous official timing lap of 20.6km was completed in 6m55.2s. That’s 17 seconds quicker than the previous-gen GT3 and a second quicker than the old GT3 RS. Given that there hasn’t been a leap in engine figures, that lap time is down to the improvements in aerodynamics, suspension, steering and brakes. Both Lars Kern and Jörg Bergmeister, Porsche’s test drivers, consistently achieved similar times during testing but the sub-7 time (for the 20.8km layout) is credited to Lars. Remember, the less comfortable and more powerful 992 GT3 RS is still to come and that could be quite close to the Nürburgring lap time set by the previous-gen GT2 RS (factory-spec).

The new GT3 gets pretty much the same cabin as the standard 992-gen 911. Digital screens are flanking the cental analogue rev counter which also has a small digital readout in the middle. Since it offers the same 7-speed PDK as the previous GT3, it has a proper gear shifter in the centre that looks a lot like the manual gear selector. You can slot it to the left into manual mode and even use it as a sequential shifter if the paddle shifters aren’t cool enough. This small detail offers huge relief since the other 992 models with their 8-speed PDK transmission get the new toggle-like drive selector.

There’s a large central display for the infotainment system and touch controls in the central console to replace the usual array of buttons. It also gets a couple of new features for the gauge cluster: a single button touch can minimise the information displayed (tyre pressure, oil temp and pressure, fuel levels, and water temp) and shift lights with coloured bars on either side of the rev counter that flash blue when you need to change up a gear.

As standard, the 992-gen 911 GT3 will set you back around €153,000 including VAT. I tried out the Porsche configurator to see how much it would cost in my spec, but sadly it did not show the prices. We’d estimate a well-specced iteration with the added carbon and comforts could easily touch the €180,000 mark. There will be a new GT3 Touring as well but even without the rear wing, it’s hard to imagine that it would look any less conspicuous with those hood vents above the large air intake and the diffuser at the back. Still…wing-delete track cars are pretty cool and that’s what I’d prefer.

What do you think about the new 911 GT3? Are you impressed by its updates and quicker ‘Ring time? What do you make of the new nostrils? Share your thoughts in the comments below and don’t forget to subscribe to the Auto Loons for more cool updates from the car world.