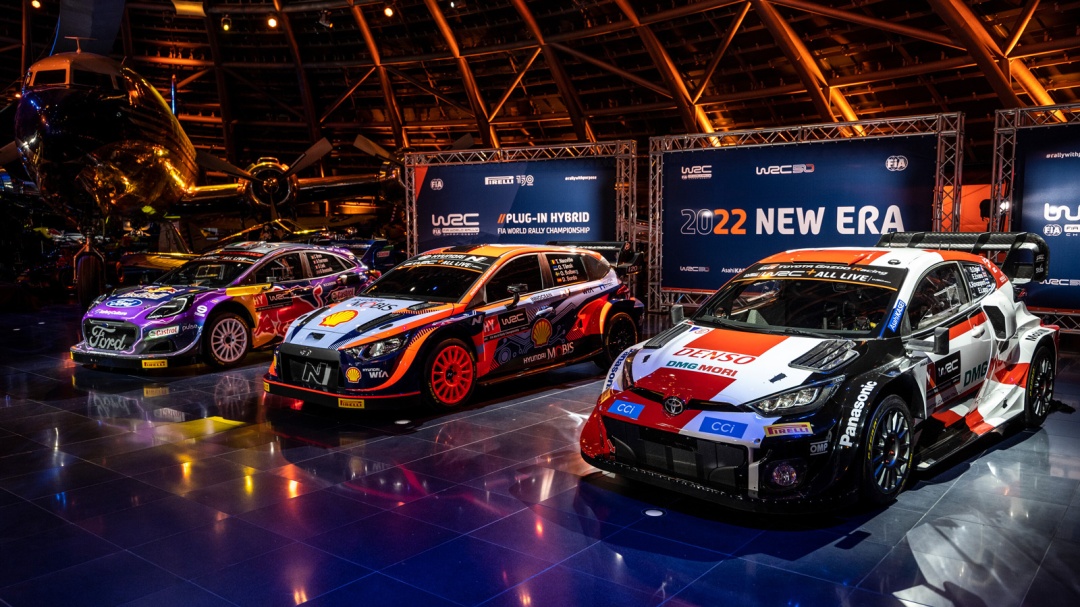 The world of rally racing is highly stratified with its various formats, championships and vehicle classifications. At the very top of four-wheel rallying, we have the WRC (World Rally Championship). After a long time, the sport is getting significant technical updates for the cars that were confirmed and approved back in 2020, and the three manufacturer teams have revealed their new-gen competitors.

The most significant change for the new racecars, dubbed as Rally1 cars, is the plug-in hybrid powertrain. It adds a 100kW (134hp) electric motor to complement the 1.6-litre turbocharged petrol engine which was first introduced a decade ago. But the latest versions of the combustion engines will run on 100% fossil-free bio-fuel while the motor will draw power from a 3.9kWh battery. The teams will be allowed to tune their powertrains to churn out over 500hp and still be noisy while reducing the harmful emissions.

A hybrid setup with a 1.6-litre turbo? Sounds a bit like Formula 1. But unlike F1, Rally1 cars will not be able to deploy the battery energy at the push of a button. Instead, the use of the hybrid setup in its first season will vary depending on the rally stage and will likely be controlled electronically during race-prep. In fact, some sections of a stage may require the car to run in pure EV mode making it important for teams to balance between energy management and added performance.

The hybrid powertrain is just part of a host of changes in the technical regulations for the Rally1 cars that are meant to simplify other aspects and lower some of the developmental costs to push for a more level playing field between the teams. They’re supposed to have a more simplified transmission running five gears and no active-style centre differential. The suspension is meant to be less complex too with shorter wheel travel, the shape of the fuel tank will be simplified, and brakes are no longer allowed to be liquid-cooled.

FIA and the WRC want the cars to keep their aggressive looks but simplify some of the aerodynamic elements. The teams will not be allowed to use internal ducts for aero purposes and simplify other areas of aerodynamic design, especially at the rear. Don’t worry. They still get massive rear wings but will likely feature less aggressive rear diffusers. It’ll be interesting to see what a race-ready Rally1 car will look like compared to these showcase models. Under the skin, they feature a new standardised crash structure as prescribed by the FIA for increased safety.

FIA deputy secretary-general sport Bruno Famin said: “Adopting hybrid power and fossil-free bio-fuel are two of the biggest advances in the sport’s history and a huge step towards achieving our overriding sustainability goals. The FIA has been working very hard on these developments, while also introducing significant safety innovations.”

The three main car manufacturers in WRC showcased their Rally1 cars in their OEM team liveries. These are the cars that will be available to private teams as well. All three teams will field multiple entries for the 2022 season, with Toyota as the defending champions.

While Auto Loons does not actively cover the events of WRC, it is a significant field of motorsport that also results in some epic road cars. If you’d like to contribute some editorial content over the 2022 season, do let us know in the comments.

What do you think of the new era of hybrid rally cars? Who do you support for the title in 2022? Share your thoughts in the comment section. Don’t forget to subscribe to the blog and our socials to keep up with our latest updates and more.