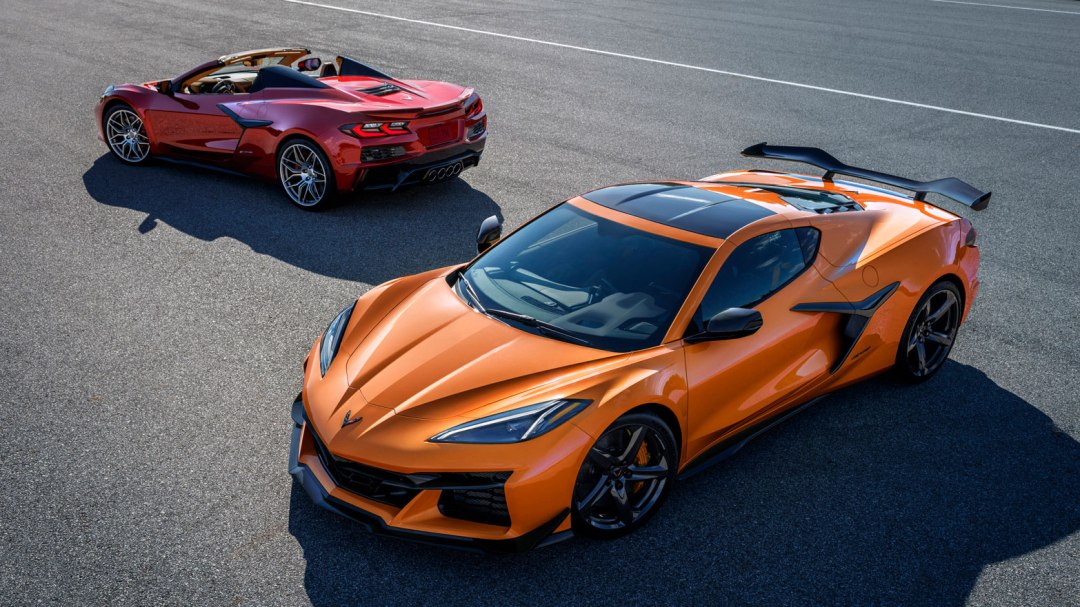 The Chevrolet Corvette is an icon of American motoring, and its latest C8 generation has gotten its first race-derived road-legal upgrade: the Z06.

The Corvette had already broken new ground by switching from a front-engined muscle car layout to becoming a mid-engined sports car. But the Z06 has again shaken up the performance segment by debuting an all-new 5.5-litre naturally aspirated V8 engine (codename LT6). Tuned to an output of 670hp and 623Nm, it’s the most powerful naturally-aspirated V8 in a production car ever. It is mated to an 8-speed dual-clutch automatic transmission that has shorter gear ratios for quicker acceleration. Sadly, there will be no manual option for this Z06 (a first) but it’s understandable since Chevrolet has gone all-out to transfer the racecar experience to its road car.

This all-new new V8 also has a very different soundtrack, revving up to 8,600rpm, since it has a flat-plane crankshaft design. The flat-plane crank is a common feature of race-derived powertrains along with a dry-sump oiling system. Even the AMG GT Black Series, which currently holds the factory-spec lap record for the Nürburgring Nordschleife, has a flat-plane V8.

In terms of design changes, the Z06 gets a few over the standard C8 Stingray. Its wider stance houses wider rear tyres with bigger side air vents to channel more airflow. The front bumper has been tweaked for the extra aerodynamic elements like the aggressive front splitter to improve front-end downforce and wider vents for more cooling. Its rear end changes are less subtle with the centrally-located quad-pipe exhaust, aggressive rear diffuser, and wider air vents below the taillamps. There are two types of wings available, one is relatively discreet and the other is the one you should get by opting for the Z07 package.

The interior of the Z06 is still a comfortable place to be, like the standard C8 Stingray, but with more carbon fibre. You can have the squared-off steering wheel and shift paddles wrapped in carbon fibre with more carbon for the trim, or stick with the comfier leather trim. There are two carbon trim packages to choose from and a total of seven interior colours. It still has a large divider between the two occupants with a host of vehicle controls mounted on the spine that is nearer the passenger. The central infotainment screen is angled towards the driver while the most important information is relayed via the digital instrument cluster and head-up display.

Chevrolet has tailored the drive modes to include Z06 specific functions like launch control, active handling, performance traction management and an electronic limited-slip differential. It’s offered in both the removable hard-top and convertible variants, even though the hard-top can be manually-removed and stowed behind the engine.

A Corvette Z06 is always a special car of its time but Chevrolet has taken a massive leap with the eighth generation’s mid-engine layout and all-new LT6 engine. It is (probably) going to be the best-handling Corvette ever, the most powerful Z06 yet, and one that offers a lot more than just the “muscle car spirit”.

The realists may argue that the C8 Z06 still won’t be as quick as a 992-gen Porsche 911 GT3 RS around a circuit, or handle like a McLaren, or hold a candle to the drama of a Huracan STO‘s screaming V10. But I’d counter that it’s going to make you smile a lot more often and the sound of that naturally-aspirated, high-revving V8 is a key part of that. The European alternatives of today offer similar performance using turbochargers and hybrid V6s (like the McLaren Artura and Ferrari 296GTB), while other raucous V8s lack the power and handling of the new Corvette Z06 (like the Jaguar F-Type SVR). We wager that even the Mustang Shelby GT500, with its front-engined layout, will struggle to keep up with the new Z06 around a track.

If you REALLY want an American-built track weapon…maybe hold out for the new ZR1. There must surely be room for a supercharged iteration and more aggressive aerodynamics, possibly with a peak power output near the 800hp mark.

You can also read up on the previous-gen Corvette ZR1 here.

Feel free to let us know what you think of the new Corvette Z06 in the comments below. If you enjoyed reading this article, do leave a like on it and remember to subscribe to The Auto Loons for more updates from the world of cool cars.