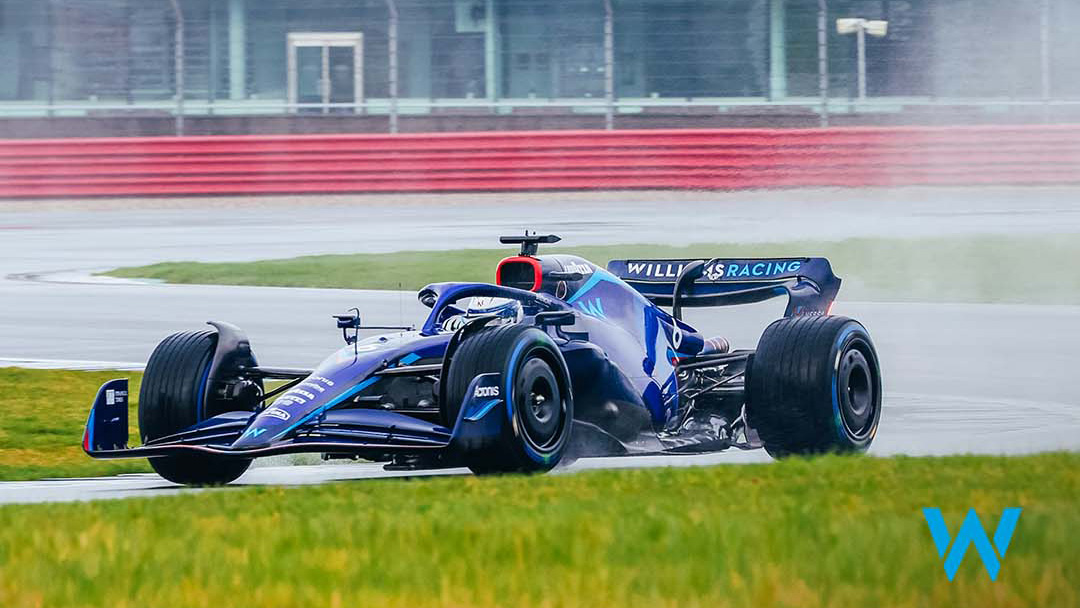 The Williams Racing team had an unexpectedly successful 2021 season including a podium result for George Russell owing to tricky circumstances. It has now debuted its new contender that should be capable of securing a podium result on merit: the FW44.

It is the third Mercedes-powered F1 car to debut its new-gen 2022 avatar. The overall body shape looks broad and sleek with the sidepods sitting a bit lower than what we’ve seen with other new cars. In the renders, its rear wing is double-mounted as seen on the Aston Martin AMR 22. But the real car that was taken out on track for media filming featured a single-mount design with the contraption for the DRS section, not unlike the McLaren MCL36. The nose of the car seems more curved than others, and the tip extends till the end of the front wing. Under the skin lies the latest Mercedes engine and gearbox combination, the latter being a first for Williams in the turbo-hybrid era.

The livery for the FW44 keeps in touch with its Williams heritage, wrapped almost entirely in a deep, rich blue. In addition to the sponsor decals, it also features lighter shades of blue and red accents. While the aero discs are entirely black, there is a strip of blue along the visible inside edge of the rim.

Williams’ car reveal was accompanied by a media-shoot shakedown of the FW44 around Silverstone, giving us a look at the car in the flesh as well. The British outfit saw Russell get promoted to Mercedes and brought in former Red Bull driver Alexander Albon to accompany Nicholas Latifi on the grid. At the helm, Williams continues to be led by Jost Capito as CEO and Team Principal.

What do you make of the Williams FW44? Do you think it will be able to fight for points regularly? Will Albon prove to be quicker than Latifi in the first half of the season? Share your thoughts in the comments below and don’t forget to subscribe to the Auto Loons for more F1 updates and news about cool cars.