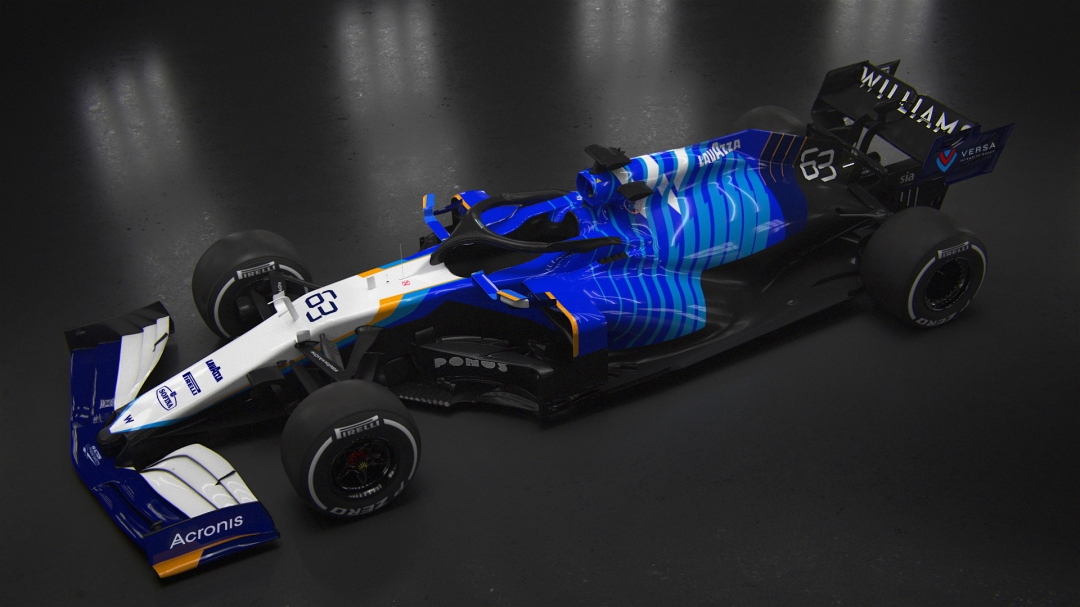 The Williams name remains in Formula One, even if the family that established it does not. After a rough few seasons and with zero points in 2020, this could be the start of a new era for the Williams F1 team. The team’s new car was leaked ahead of its official unveiling which probably soured the mood but that can easily be fixed if they score a point or few this season. Here’s their chariot of hope: the FW43B.

It’s a nice touch that the car name still carries the initials of the team’s founder, Frank Williams. The livery is quite retro as well. It’s mostly blue and partly white with some elegant shade-striping over the rear section. The yellow accents give it a nice contrast to break the dominance of the blue. It is a nice looking car for sure, one that deserves to be fighting for points and not just being lapped every race.

Williams has retained the driver lineup of George Russell and Nicholas Latifi with Jack Aitken as the reserve driver. Jamie Chadwick remains as the team’s development driver and so does Roy Nissany as the test driver. There is a new management of course with Jost Capito as CEO and Simon Roberts as the Team Principal. Williams continues to be a Mercedes-powered outfit and hopefully, that power unit will bear them some fruits in the 2021 season.

What do you think of the livery of the FW43B? Do you think Williams will score a point in the first 7 races? Share your thoughts in the comments below and don’t forget to subscribe to the Auto Loons for more F1 updates and news about cool cars.