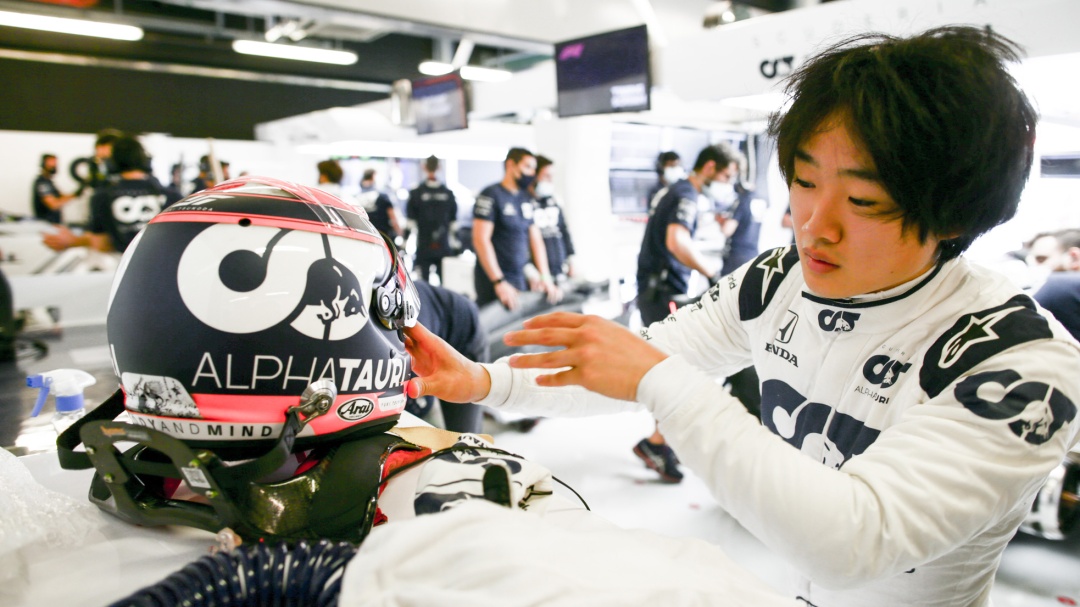 The 2020 Formula 1 season ended just a few days ago with two Red Bull spots on the 2021 grid still unconfirmed. It was recently confirmed that Max Verstappen’s future teammate will be announced by Christmas time and today AlphaTauri confirmed their second driver to be Yuki Tsunoda.

The Japanese driver had entered F2 this year with high expectations and ended the season 3rd in the driver’s championship along with the title of Rookie Of The Year. Yuki had just finished his Young Driver Test at Abu Dhabi for AlphaTauri, completing 123 laps with a sixth fastest time. The only drivers ahead of him were those driving for Mercedes, Red Bull and Renault. Even though the decision seemed to have been made well in advance, the youngster’s performance in the test must have helped cement his place in the team. Yuki’s been on a steady climb since winning the F4 Japanese Championship in 2018 and his stunning first season in Formula 2 as part of the Red Bull backed Carlin team. He is also a part of Honda’s Young Driver Programme. Tsunoda had driven a modern F1 car before as well, but that was the 2018 car at Imola. This time he was judged on his performance in the 2020 car and he was deemed ready to move into F1. Yuki will be partnering Pierre Gasly at AlphaTauri for the 2021 season.

Here’s what the Japanese youngster had to say about the signing:

“Like most racing drivers, it has always been my goal to race in Formula 1, so I am very happy with this news. I want to thank Scuderia AlphaTauri, Red Bull and Dr. Marko for giving me this opportunity, and of course everyone from Honda, for all their support so far in my career, giving me great opportunities to race in Europe. I must also thank the teams that I have raced with to get to this point, particularly Carlin, with whom I have learned so much this year. I realise that I will be carrying the hopes of a lot of Japanese F1 fans next year and I will be doing my best for them too.”

Team Principal Franz Tost had this to say about their newest recruit:

“Red Bull has been following Yuki’s career for a while now and I am sure he will be a great asset to our team. Watching him in Formula 2 this year, he has demonstrated the right mix of racing aggression and good technical understanding. During the test in Imola in November when he drove our 2018 car, his lap times were very consistent over a race simulation, he progressed throughout the day and gave our engineers useful feedback. In addition, his integration with the Honda engineers has been seamless, which certainly helps. At the test in Abu Dhabi this week, he proved to be a fast learner and that he is ready to make the step to Formula One.”

Yuki Tsunoda’s signing also confirms the departure of Daniil Kvyat from the team. It’s highly possible that we won’t ever get to see the Russian Torpedo on the F1 grid again and it was nice to see him on the podium again in 2019 at the German GP before he moves on from the sport entirely.

In other news from F1, Lewis Hamilton was bestowed with another honour recently as the main straight of the Silverstone circuit now bears his name. The champion is still yet to sign a contract with Mercedes F1 for next year but we know it’s only a matter of time. He was informed of the Silverstone announcement at the end of the Abu Dhabi GP in an interview and here’s his reaction to the news:

The break-up of McLaren’s charming duo will certainly be missed but in one-final tear-jerking social media masterstroke, they put this video out for Sainz’s transfer to Ferrari:

While we have a lot more fun stuff to look forward to with Daniel Ricciardo joining McLaren for 2021, we’ll surely miss the awkward-but-heartwarming chemistry of CarLando.

In case you missed the Abu Dhabi race report, we’ll be doing a season’s round-up this weekend as well, so stay tuned for that and feel free to subscribe to the Auto Loons for the latest update on our content.