The Godzilla of sports cars celebrated its fiftieth birthday in 2019. To mark the occasion, Nissan tied up with prestige design house Italdesign for building a limited-run model of the GT-R called the GT-R50. Its prototype was unveiled in 2018 and prospective customers were allowed to experience the pre-production model. Last week, Nissan showcased the first images of the production version of the GT-R50 by Italdesign in some of the customer specifications.

First thing to note is that none of the feature the contrast gold elements as seen on the debut model. Personally, that makes the GT-R50’s design more palatable without losing its distinct characteristics. In terms of the overall design, it looks very close to the 2018 version with the few design changes focussing on the air vents and the use of mesh for the sake of driving practicality. The use of dark materials and exposed carbon fibre with bright contrasting outlines in these customer cars also look better than the golden seen on the prototype version, especially the front end.

It still has the cutaway design from the roof down towards the floating taillamps, active rear wing and an almost liquid rear fascia that integrates into the bumper. The changes focus on the rear diffuser which now features a less aggressive diffuser with a mesh design instead that houses number plate and safety-mandated reflectors. The vents behind the floating taillamps feature a more practical design and mesh as well. There’s also a reflector mounted to its shark fin that is embedded into the sculpted roof that is designed for better aerodynamics. It also gets a different dual exit exhaust setup unlike the quad-exit setup seen on the regular R35 GT-R Nismo that is based on.

The more aggressive aero elements around the bottom sides of the Nissan GT-R50 have also remained, such as the rear flicks, the extended side skirts with the commemorative designs and the extended front splitter. Italdesign’s restyled front end remains with the iconic GT-R badge in the centre, the slim LED headlights and the cutaway design. The only visible change from the prototype is the addition of visible mesh for the larger vents and intakes. It retains the sharp-looking alloys while the rearview mirrors had to make way for the regular R35 ones.

Under the hood of the Nissan GT-R50 by Italdesign is the same 3.8-litre twin-turbo V6 but it has been tuned to an output of 711bhp and 780Nm. That’s a big bump over the 591bhp and 652Nm offered in the “standard” 2020 Nissan GT-R Nismo. Each iteration of the R35 GT-R features an improvement of some sort like responsiveness, efficiency, weight reduction, driving response, cornering and or handling. It also uses tech directly from the GT3 race cars. This supercar-slaying powerplant is paired to a 6-speed dual-clutch sequential transmission and can easily launch the car from 0-100kph in around 2.5 seconds.

The interior layout remains unchanged but Italdesign does offer more premium upholstery with contrast elements and carbon fibre options. That’s not a bad thing because you still get a mostly analogue instrument cluster, performance data on the central touchscreen display and the GT-R logo displayed proudly on the steering wheel. 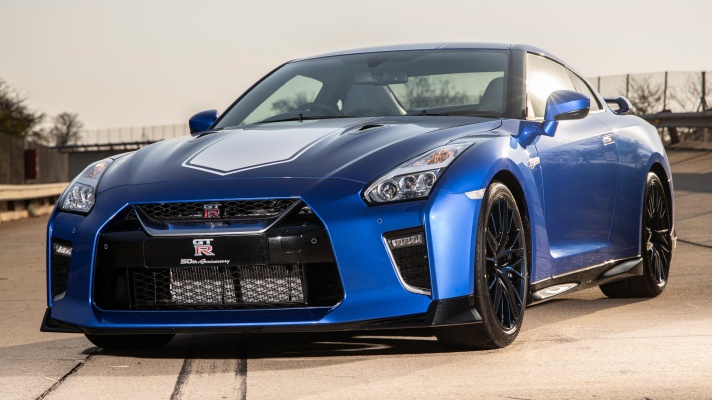 While Nissan did launch a 50th Anniversary Edition of the GT-R in 2019 with a special Bayside Blue with a white stripe, the GT-R50 by Italdesign takes the milestone celebrations to a whole new level. Only 50 of these are to be made with customer deliveries expected to begin by the end of 2020. The latest GT-R Nismo retails for nearly €200,000 which is very close to supercar territory but the limited-edition GT-R50 by Italdesign had a starting price of €900,000.

Hopefully, these models won’t end up as garage queens in some Gulf country or some rich guy’s underground storage. The 2020 GT-R Nismo is said to be the fastest one yet, but I’d love to see how that would fare against the GT-R50 in terms of performance and looks.

Check out the other four customer-spec Nissan GT-R50s revealed by Nissan in the gallery below. Which one is your favourite? What are your thoughts on the GT-R50 by Italdesign? Let us know in the comments section and don’t forget to subscribe to The Auto Loons for more cool updates from the car world. 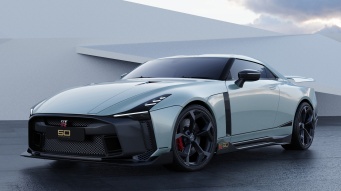 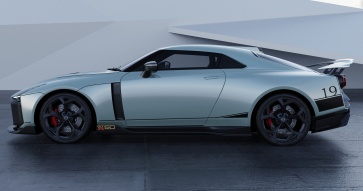 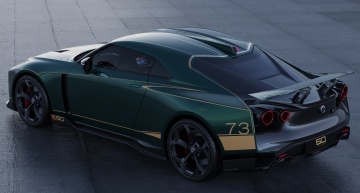 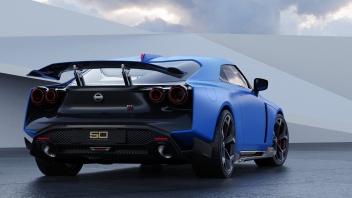