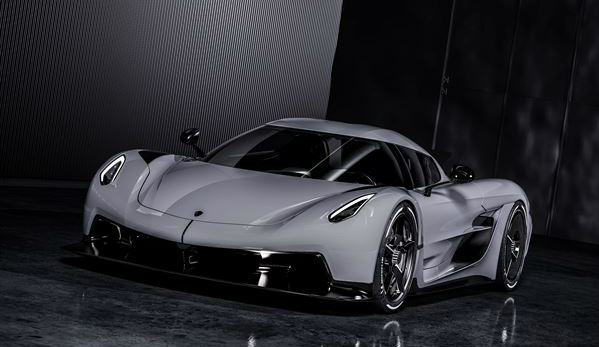 Jesko Absolut – The Fastest Koenigsegg Ever

Rivalries can bring out the best between competitors. They end up enjoying competing with one another. So, when one retires the other may choose to stop competing as well. That’s what the Koenigsegg and Bugatti relationship feels like when it comes to bragging rights for making the world’s fastest production road car. Bugatti pulled out of the competition with the Chiron Super Sport 300+ which is the first to break the 300mph barrier. Now, Koenigsegg has unveiled its swansong in the pursuit of the highest top speed – the Jesko Absolut.

It is the low-drag version of the Jesko that was debuted last year and features several aerodynamic tweaks to become a high-speed monster. The most prominent change is that the Absolut doesn’t have the gigantic wing seen on the track-pack Jesko. Instead, it features two fins inspired by F-15 fighter jets which clean up the airflow over the rear end for added stability at high speeds. As a result, the peak downforce drops from 1400kg of the winged Jesko to 150kg for the low-drag variant. The Absolut also has an elongated rear clam to channel the air for added stability and is 85mm longer. Its front end features a smoother bonnet that can now house the removable roof, no canards and a less aggressive front splitter. Koenigsegg also fits it with special, dished rear wheels that are designed to reduce turbulence and improve cooling, a similar concept to what is seen on the McLaren Speedtail.

The Jesko Absolut is also powered by a twin-turbo 5.0-litre V8 making a total of 1280bhp and 1500Nm on regular petrol. The power figure goes up to 1600bhp when running on E85. It’s mated to Koenigsegg’s lightweight, 9-speed multi-clutch transmission to send power on demand to the rear wheels. The Absolut’s powertrain does get a redesigned fuel injection system for added aeration which will put less strain on the engine at peak power outputs.

When it comes to the top speed of the Jesko Absolut, this is Koenigsegg’s official line: ‘The top speed of the Jesko Absolut is extremely high. How high depends on the conditions and location of a possible high-speed run.’ The earliest possible speed run of a production car would likely happen in 2021 or early 2022. Hopefully, some law enforcement officer will be kind enough to shut down a long enough stretch of straight and smooth tarmac for the Koenigsegg Jesko Absolut speed run.

What do you think of the Jesko Absolut? Are you also fascinated by those jet-fighter fins that replace the giant curved wing? Share your thoughts in the comments below and don’t forget to subscribe to The Auto Loons for all the updates on our latest content.