The Skoda Octavia RS is the best car I’ve driven to date. Now, I know I haven’t driven many cars but of all the ones that I have, it’s the most complete package I’ve experienced so far. Recently, Skoda introduced the new-gen model which also gets new powertrains. Thus, this is the all-new Octavia RS which has ditched the 2.0-litre turbo-petrol for a plug-in hybrid setup and is now called the RS iV.

Fret not, it’s just as powerful as the RS245 because the combined output of the 1.4-litre turbo-petrol(150PS) and the 85kW electric motor comes to the same 245PS of power. Plus, you get more torque which now stands at 400Nm. It’s mated to a 6-speed DSG which sends the power to the front wheels only and can accelerate from 0-100kph in 7.3 seconds. With the electric motor and the 13kWh lithium-ion battery pack, the new Octavia RS iV can also do up to 60km on electric juice only. So, the ideal family car is now a bit kinder to the plants and animals as well.

The new RS iV gets the usual cosmetic treatment of sporty 18-inch gloss black alloys, a sport-tuned suspension, red brake callipers and sporty black touches for the grille, boot lid spoiler, aero flaps and rear diffuser. It also has sportier bumpers and aprons. Its cabin remains blacked-out as well with lots of vRS and RS logos, optional sports seats with Alcantara upholstery and decorative red stitching as well as ambient lighting. The new Octavia gets the brand’s latest infotainment setup along with the digital instrument cluster.

Skoda will be offering the same PHEV setup in a non-RS version of the new Octavia as well. However, the combined output here is limited to 204PS and 350Nm of torque. In case the RS suspension is a bit too firm for you or your family, this might be a comfier compromise. Both will also be offered in wagon form which adds an extra 40 litres of boot space over the 450 litres offered in the notchback/sedan version. 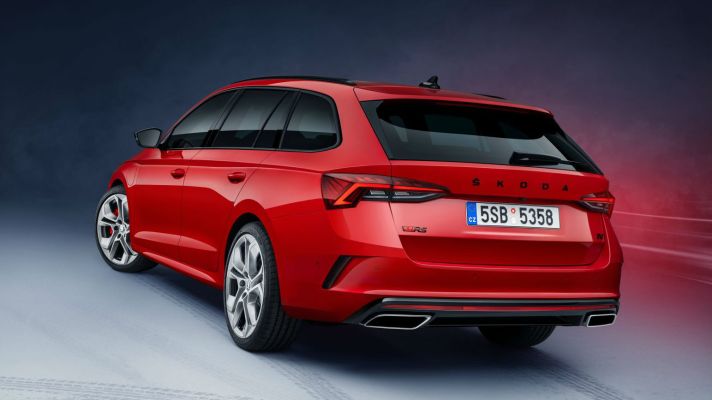 Sadly, I don’t see this Octavia RS iV coming to India anytime soon and when it does, it’ll be stupidly expensive as a CBU import. Still, at least the European markets will enjoy it. Lucky buggers.

What do you think of the vRS badge going hybrid? Share your thoughts in the comments below the gallery and don’t forget to subscribe to The Auto Loons for more cool updates from the car world. 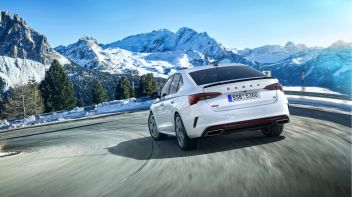 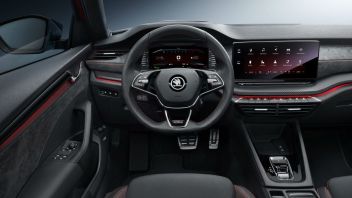 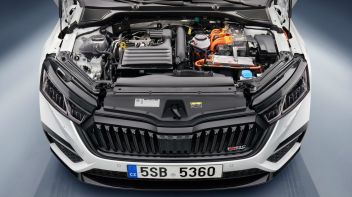 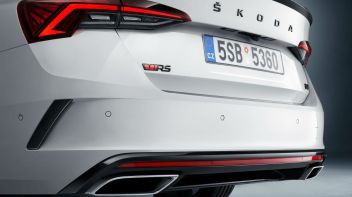 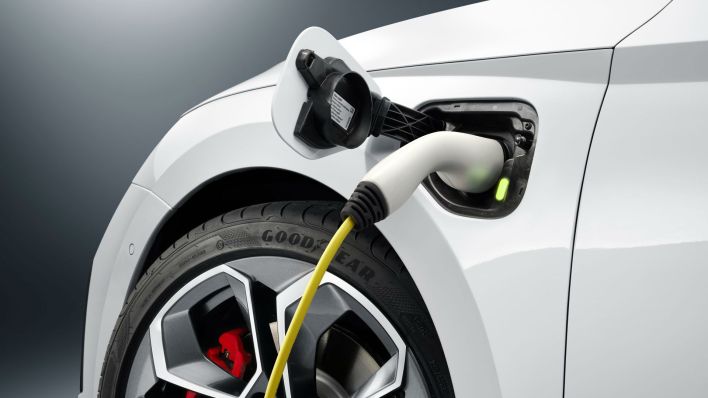