The Geneva Motor Show may have been cancelled due to the coronavirus threat but carmakers are going ahead with their reveals online. So, nothing changed for the uninvited like us. After skipping over the whole show in 2019, I’m starting this year’s coverage with this, the most hardcore version of the Alfa’s Giulia sports sedan – the GTA. No, it has nothing to do with the super awesome video game series, but given that slick Italian getaway drivers probably drive an Alfa, it might as well be related.

Like most acronyms of long-standing Italian sports car makers, the GTA badge has history. It stands for Gran Turismo Alleggerita and was developed by Autodetla in 1965, based on the Giuila Sprint. The new one is based on the Giuilia Quadrifoglio, which used to be the most powerful version of the Giuilia until now. Alfa Romeo has managed to squeeze more performance out of the same 2.9-litre twin-turbo V6 which now produces 540hp in the GTA.

The GTA makeover continues with a series of weight-saving measures that make it 100kg lighter than the Giulia QV. It uses ultra-light materials for the driveshaft, bonnet, roof, front bumper, front wheel arches and rear wheel arch inserts. The engine, doors, suspension systems use aluminium and various other composite materials have been used throughout. In the more track-focused GTAm, it deletes the rear bench, uses the shell of the sports seats with 6-point seat belts, gets Lexan side and rear window frames for even more weight reduction. 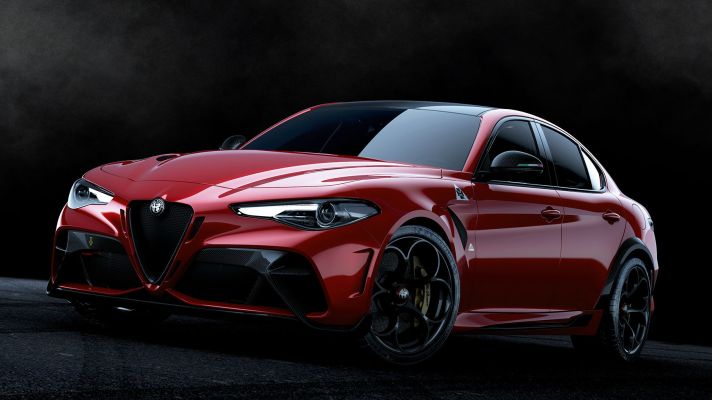 Alfa Romeo engineers have also been working hard to make the Giulia GTA more aero-aggressive to increase downforce with some of the solutions coming from the learnings of the F1 team. It features a sharper rear wing fixed to the boot lid, wider skirts and an active front splitter. The handling is improved thanks to the 50mm wider wheel tracks and a reworked suspension system while the noise should be improved thanks to the new centre-exit Akrapovic titanium exhaust system. The aero-kit for the GTAm is understandably more extreme with a larger front splitter and carbon fibre rear wing. In terms of looks, the GTAm looks like the Italian cousin of a Mistubishi EVO while the regular GTA looks like a regular Giulia QV in a body kit. It does look more menacing with the extra aero and new alloys. I like it but somehow the Alfa badge looks out of place here. Maybe it’ll look better in black.

Inside the cabin, it features Alcantara trim almost everywhere with matt carbon fibre inserts thrown in for an added racing feel. The GTAm version also gets a roll-bar and has no door panels with the rear seat space being used to hold helmets and a fire extinguisher. In terms of design, it still feels too relaxed and the central console looks a bit drab despite the carbon fibre finish. It gets plenty of GTAm insignias around the cabin as well.

Only 500 units of the Alfa Romeo Giulia GTA and Giulia GTAm will be built in total. No word on price, but expect it to be exorbitantly high since it is positioned as a collector’s special.

I’m not enamoured by it the way I was with the Giulia QV in 2017.  It’s not good enough to dethrone the Germans and you can put together a more interesting JDM sports sedan for less money. I’d rather have a 2011 Maserati Quattroporte S if I had the cash for an Italian super sedan. In fact, the Jaguar Project 8 is a far more appealing product than the GTA. Maybe that’s what’s wrong with the Giulia GTA… I enjoy looking at it but I don’t wish to want it. What do you make of it? Share your thoughts on it in the comment section, explore it in the gallery below and don’t forget to subscribe to The Auto Loons for more cool updates from the car world. 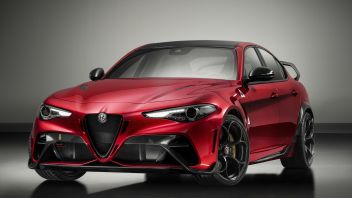