The super SUV market has been steadily growing over the last few years while the SUV craze has continued for nearly a decade. As more and more performance brands entered the segment, it was only a matter before Aston Martin would have to step in as well and they took almost 5 years to build this – the DBX.

It is Aston’s first SUV, built on a new architecture using bonded aluminium construction, that focuses equally on sporty driving dynamics and interior utility. It is built to be comfy, luxurious and reassuring. So, let’s first talk about what’s inside the DBX. It’s immediately apparent that the upholstery uses a lot of premium materials with a healthy application of leather and even wool. Aston Martin says it took 6 months just to finalize the driver’s position in the DBX – tall enough for good visibility and low enough for a sporty sense of occasion. 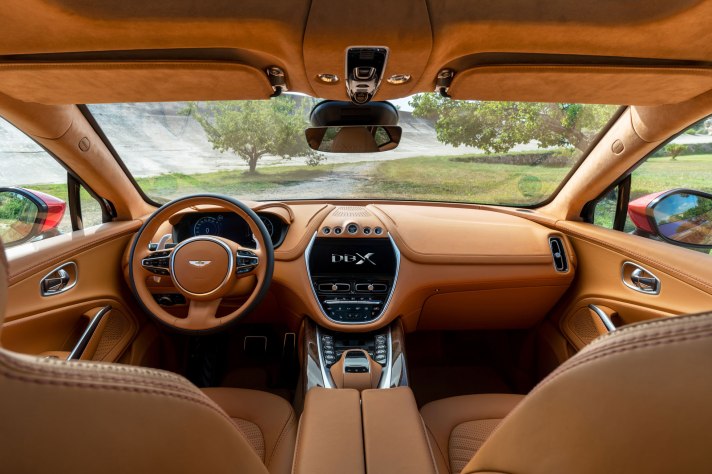 The DBX central console layout uses a lot of technology borrowed from Mercedes-Benz with the larger 12.3-inch touchscreen infotainment system. Even the instrument cluster is a new 10.25-inch TFT screen that functions as a multi-information display. The vehicle controls were on the console tunnel between the front seats but there was clever storage space underneath it. The ergonomics of the positioning of the switches took special consideration of female users. It has a new steering wheel with updated switchgear too that is less cluttered. Aston has placed the speakers under the leather with perforations that act as openings for ventilation as well as sound. This gives the cabin a seamless appearance.

Aston Martin has focussed a lot on the rear passenger area of the DBX, finding ingenious ways to find more cabin space. It gets class-leading rear headroom and rear legroom with ample foot room under the front seats. The front seats were borrowed from the DB11 which is also a sumptuous, long-distance GT. It turns out that these seats were very good for an SUV too. The DBX gets a glass roof with an Alcantara roller blind designed to be a very shallow stack height to ensure ample headroom. Aston has thought of luggage too and when you open the powered tailgate, you have 632 litres of boot space to stow stuff in. No wonder it comes with an accessory package called the ‘Pet Pack’ which includes a partition to give animals their own space in the boot instead of them roaming around in it. It also includes a portable washer to keep the inside of the DBX nice and clean.

There are plenty of interior finishing options to choose from and there are further Q division personalisation options on offer. From the inside, the DBX is a very nice place to be and will probably satisfy many rich customers.

Stepping outside, there is a lot to take in. The DBX is not a bad looking SUV by any measure but its not gorgeous either. While the overall silhouette doesn’t seem that special, it is packed with interesting design details. The DBX has one of the largest grilles ever featured on an Aston Martin but retains the iconic DB series design. Around the sides, it has a muscular yet elegant presence with frameless doors and hidden seals that fill the cabin with light. Aston offers the DBX with 22-inch wheels with plenty of travel-space in the wheel well. The rear-end styling of the DBX is borrowed entirely from the latest Vantage which makes it stand out in a crowded segment. The final touch on the DBX is the large, twin tailpipe exhaust system with the option of a sports exhaust for a nicer soundtrack.

It uses clever aerodynamics with ducts in the front bumper surrounded by LED DRLs that funnel air out behind the front wheel arches, acting as air curtains. There are two vents on the bonnet that help relieve air pressure as well as cool the engine. Around the back, the DBX’s roofline extends into a spoiler that directs air down the rear windscreen and onto the upswept flip at the end of the tailgate. The redirected air also helps clean the rear windscreen which deletes the need for a rear wiper.

Finally, we get to the mechanicals of the Aston Martin DBX super SUV or SSUV for short. Powering it is a more powerful version of the tried and tested 4.0-litre twin-turbo V8 that powers the Vantage too. It is sourced from Mercedes-AMG but tuned by Aston themselves. In the DBX, it makes 542bhp and 700Nm while mated to a 9-speed automatic. Aston claims the 2.2 tonne SUV can propel itself from a standstill to a 100kph in just 4.5 seconds with a top speed of 291kph. It has an AWD system with active differentials featuring an active central differential and an electronic rear limited-slip diff. This system allows for fore and aft torque distribution with up to 100 per cent to the rear axle.

The SSUV designation is also because of the DBX’s driving dynamics. It is equipped with a lot of clever technology, especially the 48-volt electric anti-roll control system to keep the SUV’s large proportions as stable as possible through the corners. It also gets electronic adaptive dampers and air suspension with the ability to increase its ride height of 45mm up to 235mm, or lower it by 50mm. This allows the DBX to adapt to a variety of terrains as do the various driving modes.

The DBX powertrain has six driving modes, four of which were for familiar tarmac and two for the rugged trails. These modes are GT, Sport, Sport+, Track, Terrain and Terrain+. Drivers can switch between these preset modes using the controls on the central console. While the factory settings ensure ease of use, various settings for the throttle response, suspension, exhaust etc can be individually controlled as well. It is also the first Aston Martin to feature hill descent control, just below the button to change the ride height of the DBX. The front suspension uses an independent double-wishbone setup while the rear setup is a multi-link suspension. 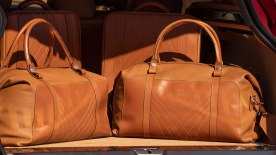 Aston Martin is offering the DBX with a range of coordinated accessory packages such as the aforementioned Pet Pack. The other packages include a Snow Pack (ski bag, roof-mounted ski rack, snow chains and a boot warmer), Touring Pack (luggage set, cabin saddlebags, lockable storage under the front passenger seat) and even a gun cabinet and shooting stack package. There are 11 accessory sets on offer in total.

The Aston Martin DBX prices start at £158,000 which can easily hit the £200,000 mark. Don’t think of it as a very expensive, less-powerful Merc-AMG SUV because the Aston is a lot more luxurious. Instead, the DBX is a relatively better-looking than the German SUVs and a less expensive alternative to the likes of the Rolls-Royce Cullinan.

Porsche had already shown that sporty SUVs can be a saviour for any luxury brand. Enthusiasts often call it sacrilegious for a renowned sports car brand to make a pretentious land boat. But these SUVs brought in the sales numbers that allowed the brand to survive and continue making the cars that petrolheads love and adore. Given that Aston Martin isn’t exactly in the ideal position, financially speaking, the DBX is crucial to the brand’s long term existence.

Would you pick the Aston Martin DBX over something like the V8 Bentley Bentayga or a Range Rover SVR? I’m not sure I would. What do you make of the DBX? Share your thoughts in the comments below and don’t forget to subscribe to The Auto Loons for more cool updates from the car world. 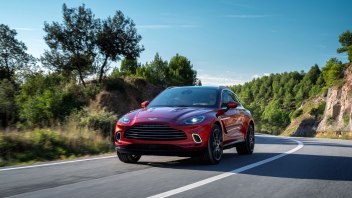 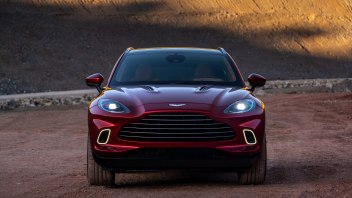 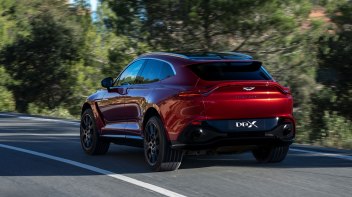 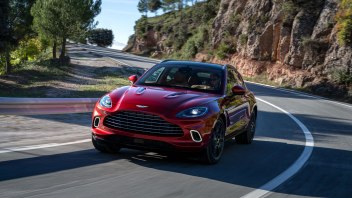 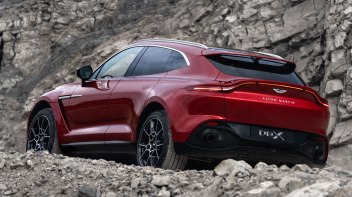