The much-awaited changes for Formula 1 from 2021 onwards have been announced and there are plenty of them. These new rules are aimed at trying to resolve the key issue in the support – better racing. Nobody’s got a problem with the speed of the current cars but the gap in performance between the front three teams and the rest of the field has made the sport less exciting over the years. Two of them have won the driver’s and constructor’s championship for the last 10 years, not including Ferrari.

So, the blokes at Formula 1 and the FIA have been working on a new set of rules and regulations for the sport. Ross Brawn(MD, F1), Chase Carey(Chairman & CEO, F1), Nikolas Tombazis(FIA) and Jean Todt (FIA President) were present at the live announcement broadcast. Here are the key changes for F1 2021:

No, not a literal cap but a top-limit on performance expenditures for all teams. In the new rules, all F1 teams are restricted to a “budget” of USD 175 million per season (21 races) for improving their cars during the race-calendar. All performance related spendings and financial data will be audited and analysed by independent agency Deloitte. Ross Brawn noted that the financial caps were not just about allowing smaller teams to have a better chance at catching up, but also to save factory teams from themselves as they risk spending ridiculous amounts of money every year for the world title. 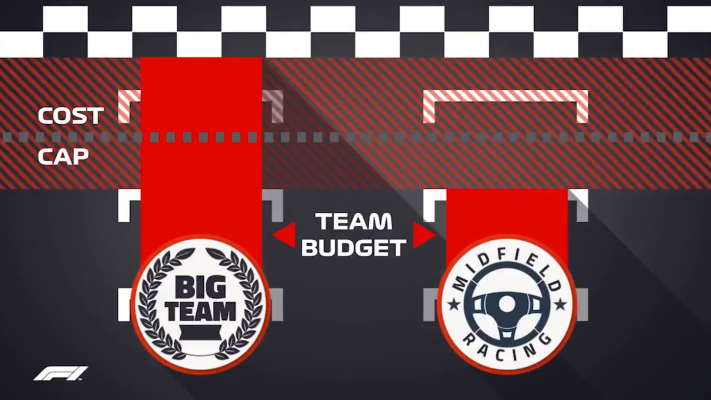 While F1 will roll out these financial caps from 2020 itself to iron out possible loopholes, there will be penalties from 2021 for breaching the limit. These penalties, depending on the severity of the breach, can range from fines to being kicked out of the championship altogether.

This is a first in F1, but not the first attempt to do so. One of the main reasons for the massive gap between factory teams and customer teams is that the engine makers can throw bucket loads of money into improved performance components, across the season, to make their cars faster. A factory team, even one as well financed as McLaren, do not have those kind of resources and thus trail behind. 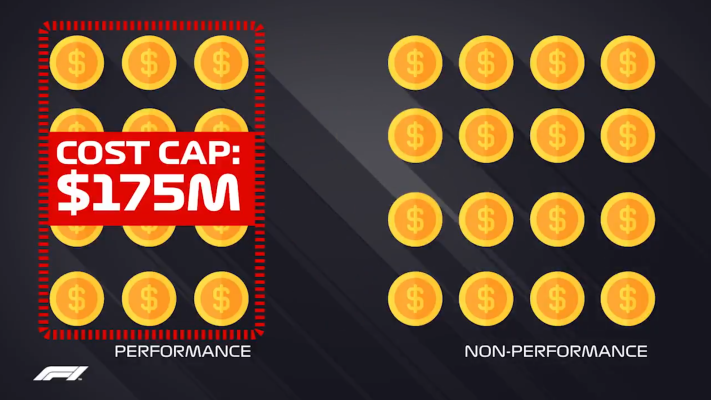 There are a number of exemptions to the cost cap of course such as marketing costs, driver costs, various non-F1 activities and more. However, included in those exemptions are a few questionable topics surrounding the costs incurred on the development and production of the power units and new fuels/oils for the same. A Forbes article looking into the exemptions lists an estimated USD 980 million spent annualy on engine development alone and a total of USD 1.8 billion worth of spends, exempted from the new cost caps. Only the market value of these engines is capped at EUR 15 million a year.

A similar scheme known as the Resource Restriction Agreement was introduced back in 2011 which sought to reduce F1 spending by limiting certain kinds of resources, not including engine development and marketing. In 2016, the late Ferrari chairman Sergio Marchionne was stated saying that “This is the old problem for all those who try and impose limits on car development: if areas are left open, spending concentrates in this area. If I look at the last four of five years, we haven’t saved a euro. We have simply redistributed our spending to other areas. In principle it’s very noble, but then the effect never gives the necessary results.”

These new financial regulations for 2021 are still open to changes but as it stands, their effectiveness seems limited at best.

Onto more visual changes to be expected in Formula 1 from the 2021 season. The new regulations focus on improving on-track racing and encouraging track battles has been channeled through new aerodynamic restrictions for the F1 cars. 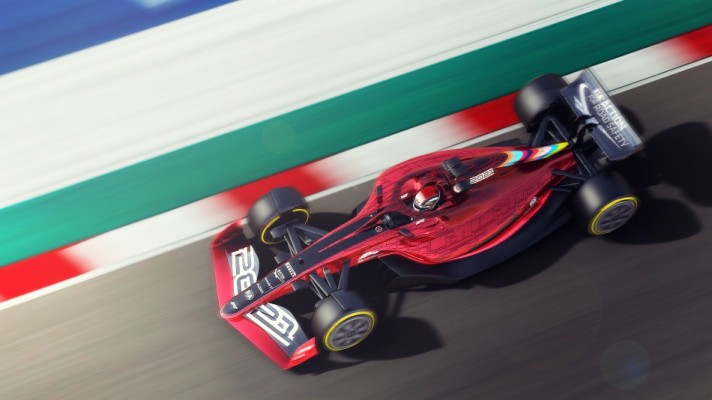 At first glance, they look a lot cooler than the current cars, much better bedroom-poster material. With the new aero regualtions, the simulations suggest that the new design will allow cars to race closer together by better channeling the turbulent air behind them. According the simulations, the loss of front-end downforce experienced by a car just one car length behind another car is around 45%. With the new design, this loss of downforce is reduced to just 14%.

It's the first time in history that F1 cars have specifically been designed with a chasing car in mind#F12021 pic.twitter.com/jNYvbr2e44

Part of the numerous design changes to achieve this action-inducing racing includes standardisation of certain components, simpler front wings, new tyre design and the deletion of the barge board. The barge board will be replaced by a large diffuser starting from under the side pods, all the way to the back, employing the use of ground effect.

The wheel size has gone up to 18-inches now and will likely feature covers to improve air flow. Pirelli will be making lower profile tyres for the larger wheels. Bigger wheels and heavier cars get bigger brake discs. These new wheels are just aesthetic and play an important role in the revised aero as well. The current high-profile tyres tend to move around which messes with air flow and bigger teams spend a lot of money on finding clever solutions. The new tyre gets a stiffer side wall which won’t move around as much and will help simplify the aerodynamics around them, thereby reducing costs. Even the suspension regulations have been updated to ban hydraulic suspension and inforce simpler inboard suspension systems. 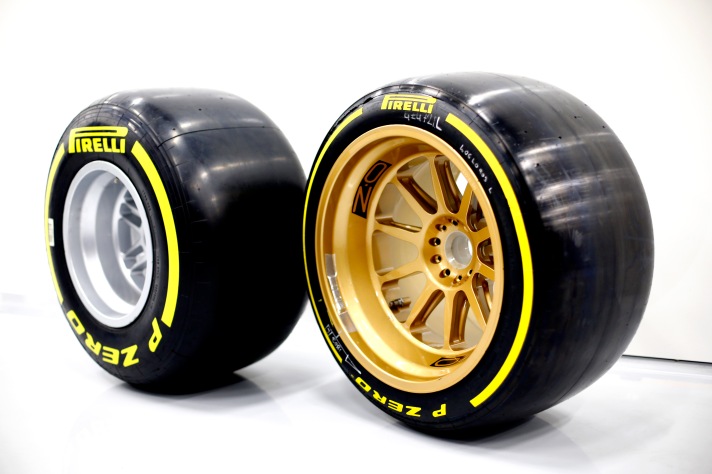 The 2021 F1 cars will also feature a host of safety improvements, especially in light of the fatal accident at Spa earlier this year. It will have bigger side beams, increased side chassis strength and better side impact structure for side impact safety. The new cars will feature increased frontal energy absorption, a prescribed front floor structure to protect the chassis over kerbs and stopping teams from gaining an unfair advantage. It will also have a larger cockpit to make life easier for taller drivers. The new one will also get a rubber membrane in some areas for better debris containment, some tethered rear components and the front wing is expected to not snap off as easily.

On the down side, F1 says the 1.6-litre turbo hybrid engine is the most efficient in the world and that’s why they’re sticking to it. It’s also really expensive and OEMs have spent a fortune on developing it over the years. 2021’s power unit will be heavier than the current unit as some of those components may get standardised as well to reduce the use and cost of special materials. In total, the cars will be 25kg heavier. The focus on sustainability and environmental concerns also stops them from going backwards to noisier engines. The fuel’s renewable content has doubled to 20 per cent and the aim is to increase those numbers in the coming years.

Brawn says the new aero regulations with less downforce and added weight would make the cars around 3 to 4 seconds slower per lap. But if it makes for more exciting racing, as promised, than I’m okay with lap records being out of reach.

The Formula 1 weekend may be a three day thing for us TV viewers but it is actually a four day event at the venue. New regulations will make it a three day weekend in total which won’t affect any of the usual track sessions, just condense the timeline of the local crowd events.

Also, F1 2021 will be introducing a reference specification rule. It states that the car you bring to the track on Friday is the one you have to race on Sunday. You can’t use new components with different designs midway through the weekend. Teams can test new parts on a Friday but won’t be allowed to use them for qualifying or the race. The teams will also be restricted to how much power unit testing they can do as well as reducing their number of wind tunnel and CFD(Computational Fluid Dynamics) simulations.

There will also be more racing, hopefully, as the new regulations will allow up to 25 races in a season. The 2020 season will already be one of the longest ones yet with 22 races on the calendar with the return of the Dutch GP and the addition of the new Vietnam GP.

What do you make of the new F1 regulations? Are these changes enough to help close the gap between factory and customer teams? What do you think of the new car and the new aero? Share your thoughts in the comments section and don’t forget to subscribe to The Auto Loons blog, follow us on twitter(@autoloons) and stay tuned for more F1.

Check out the 2021 Formula 1 car design from various angles in the gallery below: 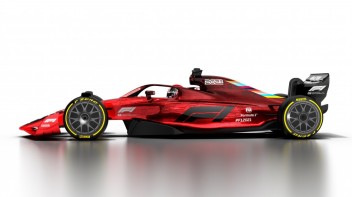 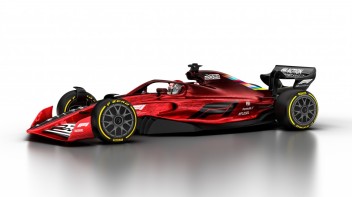 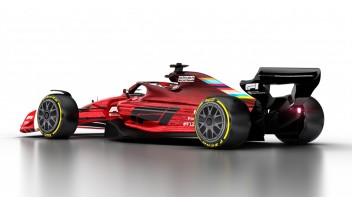 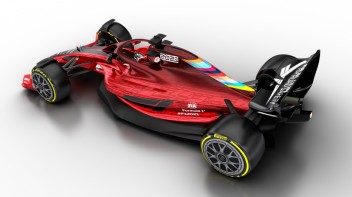 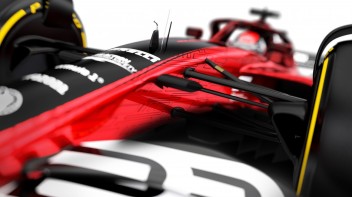 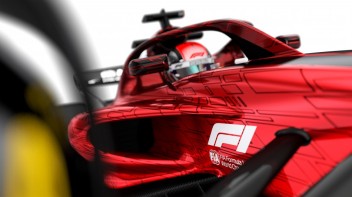 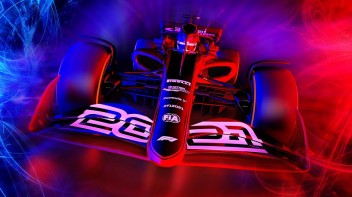 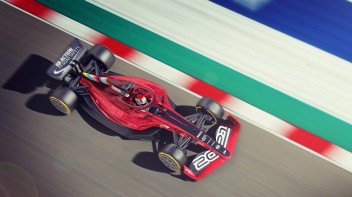 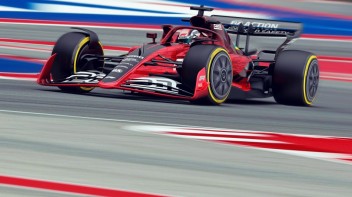 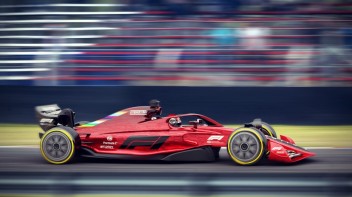 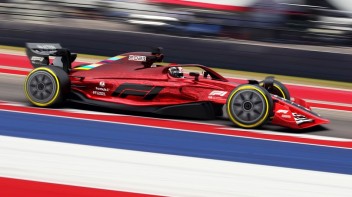 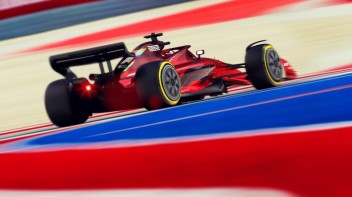 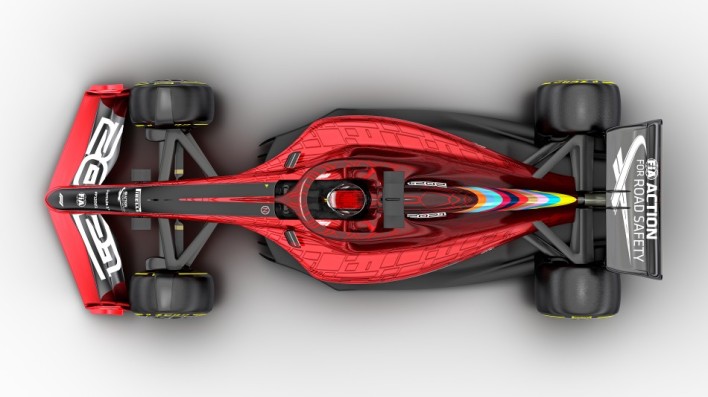