Bugatti may no longer hold the world record for the fastest production car but it has claimed a milestone that can never be taken away – first production car to break the 300mph barrier(that’s 483kph in our terms). The car used was a modified Chiron with a longer and more slippery rear design, bigger vents, more power and special tyres. Now, Bugatti is making it into a production version called the Chiron Super Sport 300+.

The Super Sport 300+ is a special edition Chiron inspired by the record-breaking car and only 30 units will be made. It will feature the same visual and aerodynamic enhancements that reduce drag. The ‘Longtail’ design makes the body 25cm longer. It also gets air curtains on the corners of the new front bumper with outlets on the front fenders and the new exhaust configuration – two double stacks flanking the new rear diffuser.

Along with the aero changes, this special edition Chiron will also get the higher rated engine nicknamed ‘Thor’. It’s the same quad-turbo 8.0-litre W16 engine that now produces 1,577bhp which is almost a 100bhp more than the standard Chiron. With the Super Sport 300+, one can assume this is Bugatti’s final model that is focussed on extreme-speed.

Of course, the full 311mph potential of this car will be locked for the safety of most billionaires. But Bugatti may just allow them to spec a roll-cage and remove the limiter. The French carmaker may even invite select owners to its Ehra-Lessien test track to experience the extreme speeds their Chiron Super Sport 300+ is capable of. But as any experienced driver will tell you, going that fast has three prerequisites – massive cojones, a heavy right foot and a lot of skill.

We don’t know what the selection process for the 30 lucky owners will be but we do know that the Chiron Super Sport 300+ will have a price tag of around £4.2 million. The standard specification will mirror the record-breaking vehicle – black/exposed carbon-fibre with go-faster orange stripes but it can be heavily personalised for a couple more cash-filled-suitcases.

Is the Chiron Super Sport 300+ more special than the Koenigsegg Jesko? Or would you rather pick something American for your dream garage, like the Hennessey Venom F5 or the SSC Tuatara? Share your thoughts in the comments below the gallery. Leave a like if you enjoyed this post and don’t forget to subscribe to The Auto Loons for more cool updates from the car world. 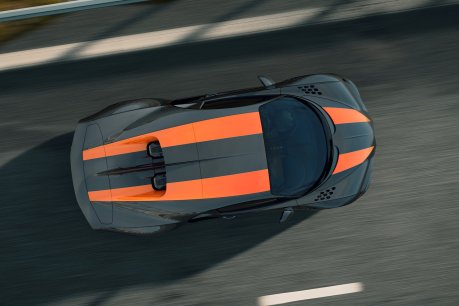 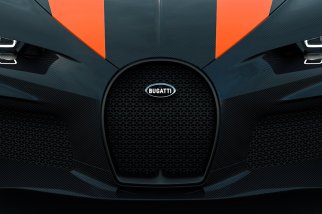