BMW M8 Unveiled: Has Everything But Lacks Visual Drama

It’s finally here. After all the teasers and hints and GTE racecar iterations, the BMW M8 has made its global debut. In the range-topping Competition spec for both coupe and convertible forms, the new M8 will also be the most expensive M car yet at a starting price of over £123,000.

First off, I have to point out my disappointment with the looks of the production-spec M8 as compared to the M8 Gran Concept that was showcased in early 2018. However, it shouldn’t be a surprise given the final version of the 8 Series Coupe that was unveiled a year ago alongside the M8 GTE racecar which is competing in this year’s 24 Hours of LeMans too. Also, in light of recent BMW models with the polarizing large grille (new X7, 7-er facelift and others), the new M8 still looks really good as a sporty luxury tourer.

Under the large, angrily-sculpted hood lies the same 4.4-litre twin-turbo V8 that powers the M850i. However, power outputs are up to 616bhp from 523bhp and the peak torque stays the same at 750Nm. In the non-Competition spec M8, the engine makes 591bhp with a slightly smaller torque band. It’s paired to an 8-speed M Steptronic transmission and the M xDrive all-wheel-drive rear-bias power delivery system. The M xDrive is what comes in the F90 M5 as well which allows the driver to switch from 4WD to RWD only. Looks like the new M8 can be a two-tonne slider mate. Thanks to AWD, the top-spec M8 Competition coupe can do 0-100kph in just 3.2 seconds, onto 200kph in 10.6 seconds and a top speed of 305kmph.

Going back to the design of the M8, it does get the traditional M treatment for looking way sportier, especially with all the gloss-black elements on the Competition variant. The front air intakes are larger on the front bumper and the flared wheel arches house the 275/35 R20 tyres. It has new, prominent air-breathers with M gills on the front side panels. The muscular lines of the M8 continue onto the rear haunches and wider arches for the 285/35 R20 tyres. Around the back, it’s a lot more distinct with the sportier bumper, diffuser and quad-tailpipe exhaust. The bootlid features a new spoiler for that added downforce. Nearly most of the aero bits can be had in CFRP form too if you go for the M Carbon exterior package. The M8 Coupe also gets the double-bubble carbon fibre roof. It does get the same alloy wheel design as seen on the M8 Gran Coupe concept which does look really cool with those gold M carbon-ceramic brakes behind it.

Inside the cabin, it’s quite similarly equipped like the regular 8 Series Coupe but it does get a few M touches and badges around. The red M buttons on the steering wheel, red engine start-stop button, leather gear knob with M branding are some of the easiest ones to spot. There are more M touches to the displays and instrument cluster too. That plus the extra carbon fibre trims. Apart from that, it has the same features and interior as the top spec of the regular 8 Series which makes the M8 a nice, luxurious car to be in. It has all the creature comforts and tech and modern safety features one would expect at this price.

BMW also introduces its new integrated braking system in which the brake pressure required is triggered by an electric actuator and thus can be configured on the go too. So, on M models such as the new M8, you can also setup brake pedal feel between two modes – Comfort and Sport. Other configurable elements include the suspension, throttle and gearbox response, as well as steering response that can be adjusted in different modes. The M8 Competition’s chassis also receives a bit of sporty fettling and added rigidity to various links and mounts in order to make this lunk be taught and stable.

I’m not talking about the convertible because… I don’t care much for those, especially in this segment. It’s actually £7000 more expensive than the coupe, 0.1 seconds slower than the coupe equivalents in its acceleration times and the CFRP roof is replaced by a multi-layer fabric soft top. The top can be put down in 15 seconds at upto speeds of 50kmph.

The M8 Coupe is what interests me and it does look like a sporty, luxury grand tourer, moreso than the regular 8 Series. It has the performance figures and the comforts but somehow it’s a bit too bland on the surface. Especially given how cool the M8 Gran Coupe concept and even the GTE racecar look. It lacks character as compared to its more expensive rivals like the Aston Martin DBS Superleggera and Bentley Continental GT. You can check out the M8 in more details in the gallery below.

What do you think of the new BMW M8? Would you recommend an M8 to a wealthy mate? Let me know in the comments and don’t forget to subscribe to the Auto Loons for the latest update on our newest content. 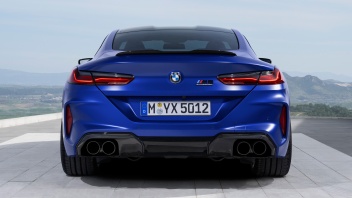 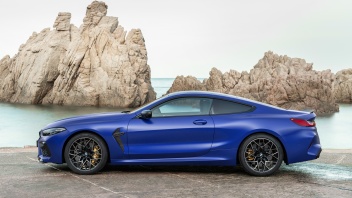 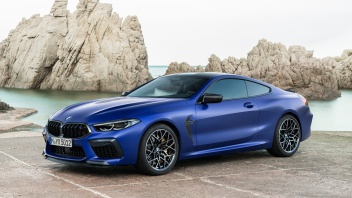 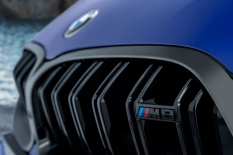 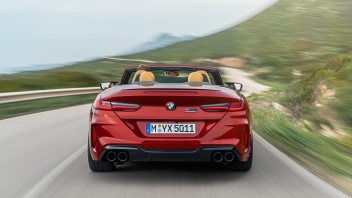 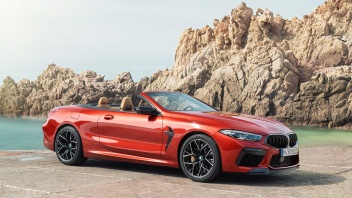 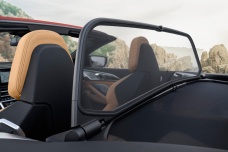 One thought on “BMW M8 Unveiled: Has Everything But Lacks Visual Drama”