After more than 100 days of waiting, Formula One is finally back and the racing action kicked off at Melbourne for the Australian GP. The first race of the 2019 calendar to give the teams and the fans an idea of where everybody stands, both constructors and drivers. New cars with new aero, teams with new driver lineups, but come qualifying, everything seemed a bit too familiar up front.

In the pre-season testing around the Spanish circuit, Ferrari seemed to be faster than Mercedes if not matching the pace of the defending world champion. But we’d seen this before as well and it’s a technique better known as “sandbagging”, often used to give your rivals some false hope. Few weeks later and at the Melbourne circuit, the Silver Arrows were running as expected with Lewis Hamilton claiming pole position with a lap that was seven-tenths quicker than Sebastian Vettel’s best effort to qualify third-fastest. 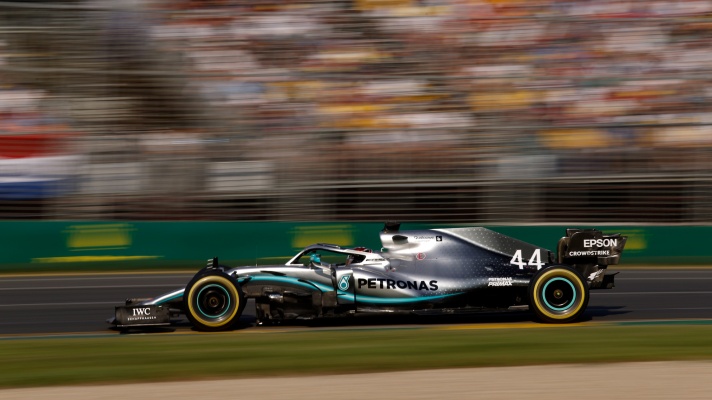 Valtteri Bottas meanwhile has something to prove this year and he managed to qualify second fastest just one-tenth of a second slower than his teammate. The Finn definitely seemed more fired up, coming off of a win-less 2018 season wherein he played a crucial support role in Mercedes and Lewis’ 5th championship win. Meanwhile, Vettel’s young teammate Charles Leclerc qualified fifth fastest on his Ferrari debut in F1.

Fourth fastest in qualifying was Max Verstappen in the first race weekend with a Honda engine in his Red Bull. His new teammate Pierre Gasly’s problems, however, knocked him out in Q3 with the 17th spot on the starting grid. Best of the rest in qualifying was the Haas team with Romain Grosjean being sixth fastest, ahead of teammate Kevin Magnussen who was seventh fastest.

The rookie surprise for 2019 turned out to be Lando Norris who managed to qualify eighth fastest in his Renault-engined McLaren. Mind you, this was not only his F1 debut but his first time racing at the Melbourne circuit. Ninth fastest in qualifying was Kimi Raikkonen in his first race for the newly named Alfa Romeo team and he shared his row with Racing Point’s Sergio Perez starting 10th on the grid. 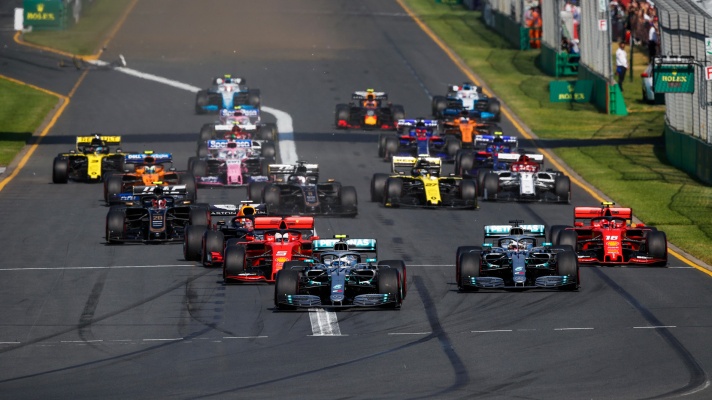 Sunday. Ferrari and Vettel had a lot to do. Lewis was starting on pole, but he’s missed out on a win in similar circumstances before. The cars lined up after the parade lap and the green lights went out. Both the Silver Arrows had a smooth start, no wheelspin, but it was Bottas down the inside line into Turn 1 who had the PERFECT start. He was already ahead of Lewis as they braked for the first corner and took the lead at the 2019 Australian Grand Prix. It wasn’t long before the Finn began to pull away from the rest of the pack with Hamilton in second, Vettel in third and Verstappen in fourth. However, not everyone had a clean start. Charles had a better start than Seb and was on the outside around Turn 1 before he got blocked off and sent into the grass, just about managing to not puncture his teammate’s rear-right tyre.

Home hero Daniel Ricciardo’s unlucky streak at his home circuit continued as he started 12th on the grid in his debut race for Renault. At the start, he went on to the grass while trying to get past Perez and ended up snapping his front wing clean off. In a remarkable Dani Ric move of fantastic control under braking, he was able to stay clear of any collisions into Turn 1 and bring his car around for a new wing. Another front wing flew off at the start, this one belonging to returning hero Robert Kubica in the ROKiT Williams car. Something for everyone to be careful of in these new 2019 F1 cars – the front wings can come off easy.

After the initial laps, the front order had settled into a brisk pace with Bottas leading the way, Hamilton in second, Vettel third, Max fourth and Leclerc fifth. The new aero may have been designed to allow cars to run closer together but the Australian circuit is quite bumpy and doesn’t have many spaces for these two-metre wide cars to overtake. Ferrari decided to play the undercut by pitting Vettel for a change to the medium compound after 14 Laps and Mercedes reacted by bringing in Lewis the lap after and getting him out on track still ahead of the German. They were the first of the front-runners to make get fresh tyres.

Bottas meanwhile was setting the fastest times and “feeling good” with the tyres so Mercedes left him out in the lead till Lap 23. Not only did Bottas have fresher tyres but he also came back out on track still ahead of Lewis and Seb. For just a handful of laps though, Max Verstappen was leading the Australian GP and for the first time in a long time, it was a Honda-powered engine leading an F1 race. He did come in for a fresh set of tyres after 25 laps and the last front runner to pit was Charles Leclerc who switched from the soft compound to the hard compound and came back out in P5.

Meanwhile, plenty of racing action and a few unfortunate retirements as well. First to go was Carlos Sainz in his debut for McLaren, filling in the shoes of his racing hero Alonso, whose Renault engine caught fire after just 10 laps of racing. He’d already had a tough weekend till then after a slower than expected result in qualifying that meant he started 14th on the grid. Renault themselves decided to retire Ricciardo who was at the back of the pack anyway with a damaged car and thought better to avoid further risks. It was another dark day for Haas and Grosjean who was doing so well all weekend. In a nightmarish deja-vu moment, the front-left wheel was hard to fit when he pitted for fresh tyres after Lap 15 and as it turned out, didn’t fit properly after all. This time, his race came to an end after 30 laps of racing. That’s all for the DNFs.

The racing action was coming mainly from the rookie Lando Norris who after his Lap 15 pit stop was stuck behind Antonio Giovinazzi’s Alfa Romeo. Kimi had already pitted by Lap 12 and was in P11 by Lap 24, while Antonio had stayed out on track. The young Italian driver drove a brilliant defensive line to keep Norris at bay and bunching up others behind as well. The DRS negating any advantage the McLaren rookie might have from fresher tyres. It was finally on Lap 26 after many laps of aggressive attacking, Giovinazzi made a mistake on his worn out tyres and Norris dove down the inside to overtake as did Grosjean a couple of corners later on Turn 13.

But the most “Oh snap!” moment came when Verstappen, on his fresh set of mediums, overtook Sebastian Vettel for P3 on Lap 31, going around the outside on Turn 3. The Dutchman caught up with the Ferrari down the start-finish straight, got an excellent exit out of Turn 2 and powered down the long righthand curve into Turn 3 to make the move. Fantastic stuff to watch indeed. And shocking too for Ferrari, who were clearly faster in testing. Meanwhile, Bottas was comfortably in the lead, 17.5 seconds clear of Hamilton in second. It wasn’t until 10 laps later that Vettel was voice-clipped asking his team why he was so slow and got an unsettling answer- “we don’t know”. Vettel’s lack of pace was exposed even more by then as teammate Charles Leclerc was hunting the former Champion down, seven-tenths of a second each lap. Of course, the sprightly young racer was told to back off and hold P5 till the chequered flag. 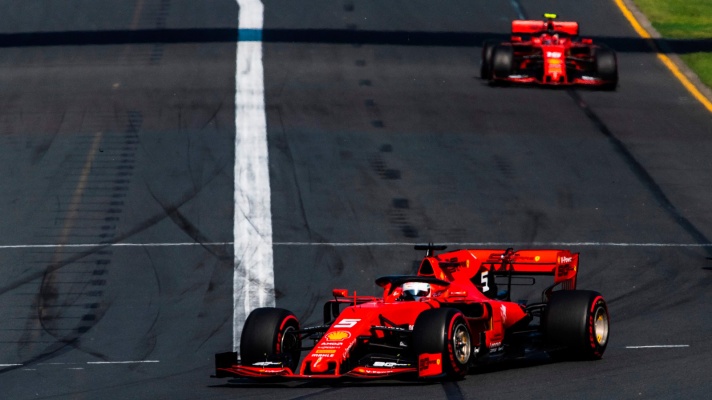 In the end, the Finn in the Silver Arrow not only won the race, he did so by beating defending World Champion by a gap of more than 20 seconds AND taking the extra point for the Fastest Lap on the final lap. Just like his engineer said, this is for last year, and the bearded Valtteri blitzed the field in the opener of the 2019 Formula 1 season. Max had gotten within DRS range of Hamilton in the final few laps but made an error by braking too late into Turn 3 and settled for a P3 finish but did miss out on the FL point to Bottas. An impressive finish nonetheless, his first podium in Australia and Honda’s first podium in over a decade. Hamilton meanwhile took a not-too-pleasing P2 finish, again, to start his season. No Ferraris on the podium at the start of the new season with Vettel securing P4 and Leclerc P5. The keyboard warriors would already write this season off as a win for Mercedes but we know this game can change fortunes at any point. This outcome just makes things even more interesting.

Best of the rest was Kevin Magnussen who finished P6 in a mostly uneventful race, except for a slight brush with Nico Hulkenberg whom he pushed out wide in a defensive move in the race. Still, the Renault driver managed to finish P7 after starting 11th on the grid. While these were good results, neither Haas nor Renault got both drivers across the finish line, both retirements from unforced errors which is something for the teams to sort out. Kimi managed an impressive P8 finish in his first race back at Sauber, aka, Alfa Romeo. Some credit to his teammate for holding up the competition to give Raikkonen some breathing room during that part of the race. 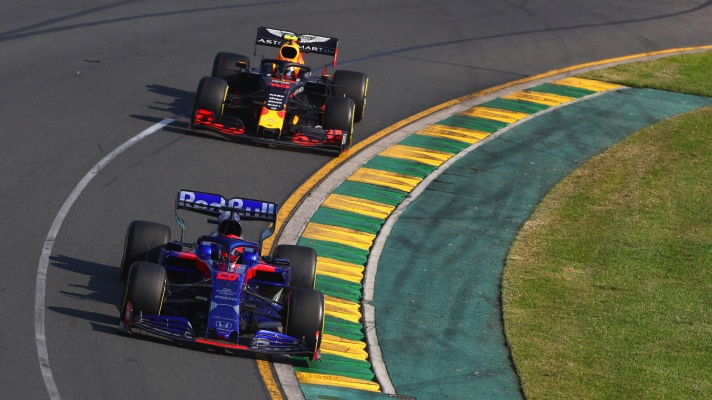 Lance Stroll, who had started 16th on the grid managed a P9 finish in the new Racing Point car, his first points finish in some time. However, his teammate Perez finished P13 after a difficult race. The final point went to the returning Daniil Kvyat in the Toro Rosso who actually overtook Gasly in the race to claim P10. Gasly, on tyres that were 10 laps fresher, was beaten by the Torpedo and had to settle for P11 in his first race with the front-running Red Bull team. A bitter start for the young racer but by no means the final word on his abilities. Lando Norris finished P12 despite his heroic drive in qualifying but showed promise in himself and McLaren too.

The other rookies on the grid, Alexander Albon for Toro Rosso (started 13th) and George Russell for Williams (started 19th) finished P14 and P16 respectively. Giovinazzi may not be a rookie but it is his first full season in F1 and the Italian driver finished P15 after an over-extended stint on his first set of tyres. The fairytale comeback of Rubert Kubica seems a bit dulled as he qualified slowest (nearly 2 seconds slower than his teammate and 5 seconds off the leaders) and finished last in P17. Still, got to the chequered flag. 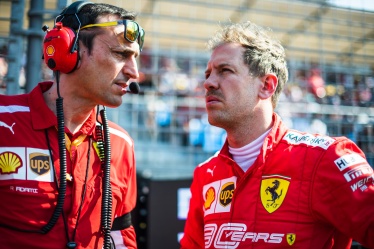 That’s all from the Australian GP in Melbourne and the racing action will return on 29-31 March for the Bahrain GP. Will Ferrari manage to get the right balance to unleash the potential of their SF90? Can Red Bull beat Mercedes in race trim? So many exciting possibilities to look forward to and you can follow it all right here with The Auto Loons. Don’t forget to subscribe for updates on the latest posts and join the tribe too on DTB.