After Hamilton clinched the 2018 world title in Mexico, the racing action headed to Brazil and gave us one of the best races of the season. Mercedes just needed one more decent weekend to claim the Constructor’s title while Ferrari needed to get a one-two finish to take the fight to the last race. However, early practice results showed that Ferrari didn’t have a dominating pace advantage over Mercedes around the Interlagos circuit.

Lewis Hamilton and Sebastian Vettel were battling it out in qualifying with the changing weather conditions between wet and dry, but the 2018 F1 Champion clinched pole by almost nine-hundredths of a second. Valtteri Bottas outpaced his fellow Finn as he qualified third fastest ahead of Kimi Raikkonen. Red Bull was predictably on the third row of the starting grid with Max Verstappen 5th and Daniel Ricciardo 6th fastest. However, a fresh engine part penalty meant the Aussie would start 11th. Alfa Romeo Sauber driver Marcus Ericsson had the best qualifying session of his F1 career with the seventh fastest time, outpacing his teammate Charles Leclerc for the first time in a long time. But because of Daniel’s penalty, they started 6th and 7th on the grid. The Haas team benefitted too as Romain Grosjean started in 8th and Kevin Magnussen moved up to tenth while Pierre Gasly started 9th on the grid.

Vettel even had a mini tantrum during qualifying when the FIA officials called him to the weighbridge. He was impatient and rude and non-compliant and was given a fine of 25,000 Euros. In another near-incident, Hamilton and Sergey Sirotkin narrowly escaped a high-speed collision with the Mercedes going slowly and the Williams on a flying lap.

Both Lewis and Seb had a good start off the line but the German locked up braking into the first corner, allowing Bottas to pass him around the outside. In a surprising turn of events, the Red Bull seemed to have the extra pace around Interlagos in race trim while both Ferrari and Mercedes were struggling. On Lap 3, Max had passed Kimi into Turn 1 and on the next lap he dove past the inside of Sebastian to move up into P3. Daniel meanwhile had moved up to P7 and on the same lap, Raikkonen was also able to get past Vettel who made a slight mistake on the exit of Turn 4. A few laps later, Verstappen made a move down the inside of Bottas into Turn 1 and moved up to P2 with a significant pace advantage. The Dutchman sensed a win and he was gunning for the champion with no hesitation.

Mercedes pitted both drivers ahead of Red Bull and Ferrari as they’d started on the Supersoft compound and changed to the Medium compound. This meant Lewis rejoined in P4 behind Ricciardo when Bottas was P6 behind Leclerc. Ferrari had started on the Soft compound tyre but Vettel had to pit early due to his lock-ups while Kimi stayed out a few laps longer. Both Max and Daniel, however, however, were able to extract significantly more laps at a faster pace from the Supersoft tyres. Verstappen finally pitted on Lap 36 to switch to the Soft compound but the difference in pace on the fresher tyres and the faster car allowed Max to pass Lewis down the start-finish straight on Lap 40. Ricciardo pitted at the end of that lap and Max was back into P1 and pulling away from the 2018 World Champion.

Even with more than 25 laps left, it seemed that Verstappen would be able to take the win at Brazil that weekend. But in the wonders of motorsport, disaster struck at the start of Lap 44. Max was about to lap the Racing Point Force India of Esteban Ocon down the main straight. However, the Frenchman was carrying more speed and decided to try and un-lap himself by going around the outside into Turn 1. Having taken the inside line on Turn 2, he went for an overtake on the race leader as Max shut the door on him, resulting in a collision that sent both cars into a spin onto either side of the track. All of this happened in a blizzard of WTFs around the world as Lewis drove past them, probably thanking the racing gods for this unexpected blessing. That moment between those two hot-headed youngsters decided the race as Max rejoined in P2 but the damage to his car meant he didn’t have the same pace as before to catch up in the remaining number of laps. Raikkonen had finally gotten past Bottas around the same time and Vettel had settled into P6 after Ricciardo finally nudged his way past up into P5, unable to extract much more from his Ferrari. Ricciardo finally got past Bottas on Lap 59 of 71, having been held up by the Finn for many laps.

In the end, it was Lewis Hamilton who took the win at Brazil, his 10th victory this year. Max Verstappen had to settle for a P2 finish after a magnificent drive marred only by that incident with Ocon and Kimi Raikkonen claimed P3, his 12th podium in 2018. However, the spat between Max and Esteban was far from over as the Red Bull driver was still fuming as the cars pulled into Parc Ferme. Before heading up to the podium, the Dutchman was seen to have confronted the Frenchman, pushing and shoving to show his anger. From a fan’s perspective, it was good to see drivers show their real emotions about races and personally, I agree that Ocon has a smug face worth punching. But as far as the incident is concerned, I have to agree that they were both at fault. To borrow words from Lewis’ advice to Max in the booth behind the stage, Verstappen had everything to lose and Ocon didn’t. Racing is fine, but to be a champion, a racer needs to know when to pick the battles and when to play it smart even if it evens backing off the throttle. In conclusion, the FIA had given Ocon a 10-second stop-go penalty in the race and Verstappen would have to do community service for his actions at the end of the race.

You can see the incident in the video below. What are your thoughts on the incident between Max and Esteban? Let me know in the comments.

Going back to the final race results, Daniel saw the chequered flag for the first time since Japan and finished in P4 ahead of Valtteri while Sebastian crossed the line in P6. As a result, Mercedes secured enough points to win the F1 Constructor’s championship for the fifth time in a row, the only team to achieve this feat since Ferrari’s golden years with Todt and Schumacher. A respectful congratulations to Mercedes and Toto Wolff is in order. 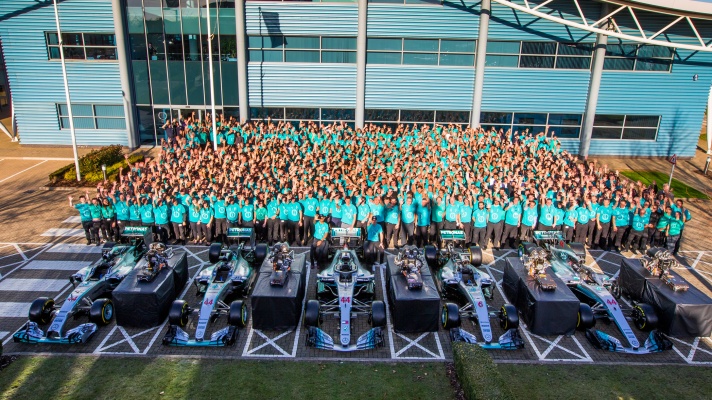 Leclerc was able to finish P7 for the second time in a row, best of the rest with all the top six cars making it to the finish line. However, teammate Ericsson had a disaster of a race after a first lap bump with Grosjean and another bump with Magnussen later on the race caused too much damage and he had to retire his Sauber after just 20 laps. Haas meanwhile had both drivers in the points as Grosjean finished P8 and Magnussen in P9. Racing Point Force India driver Sergio Perez took the last point with a P10 result while Ocon’s penalty put him down the order to finish the race in P14. Both driver’s had a weak qualifying as well with Perez being 12th fastest and Ocon’s five-place grid penalty for a new gearbox put him 18th on the grid.

The Toro Rosso Honda cars offered some entertainment in the latter half of the race as Pierre Gasly, Brendon Hartley and Carlos Sainz battled for 11th position. Hartley had started 16th and was on a different strategy. He had more pace and Gasly was instructed by the team to let his teammate pass, but the other Frenchman on the grid was being uncooperative and refused to back off. Eventually, after many angsty radio exchanges, Hartley moved up to finish P11 while Gasly finished P13. Sainz meanwhile had to settle for P12 after starting 15th while teammate Nico Hulkenberg had a rough weekend. He had a crash in Friday practice, started 13th on the grid had to retire the car after just 32 laps due to a problem with his car. Renault seemed they could have gotten some points here and the two teammates even had a nice battle in the opening laps. The team, however, looks set to finish the 2018 season with a fourth-place result in the Constructor’s championship.

Getting to the bottom of the results we find our usual backmarkers from McLaren and Williams Racing. Fernando Alonso started 17th on the grid and got to the finish line for the first time in three races albeit in P16 and behind teammate Stoffel Vandoorne who crossed the line in P14 after starting last. Alonso was running well but a massive delay in his first pit stop put him at the back of the grid in the early stages of the race. However, both drivers were given a 5 second time penalty for ignoring blue flags and Alonso classified P17 and Stoffel classified P15. The final result for Williams had Lance Stroll in P18 while Sergey Sirotkin secured a P16 result. 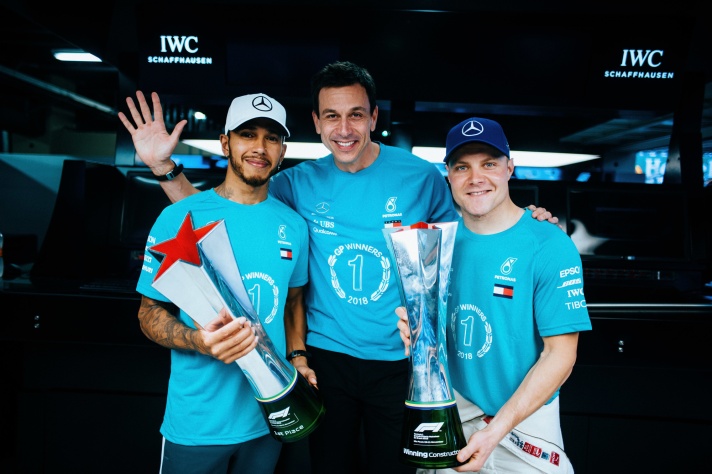 Both world titles for 2018 have been decided as we head to Abu Dhabi for the finale, but there is plenty to hope for. Will Valtteri Bottas finally get a win this season? Or will it be Daniel Ricciardo? Or maybe one of the Ferrari drivers will get to end the season on a high? Stay tuned and subscribe to the Auto Loons for the latest updates on the freshest content.