At the time of the American GP at Austin, I thought if anyone had said at the start of the season that the 2018 Formula One Driver’s World Championship would have been decided with three races to spare, I’d have scoffed at them. This time, it’s a surprise that the championship hadn’t been decided in the USA thanks to a fantastic drive from Kimi Raikkonen. But after the results of the Mexican GP, just like it happened last year – Lewis Hamilton is the 2018 F1 World Champion.

Just like last year and the year of his first ever world title, Lewis didn’t get to celebrate his championship victory with a race win or even a podium. The Brit crossed the chequered flag in P4 to clinch his fifth title after a difficult weekend as the Mercedes Silver Arrow struggled for pace. Hamilton qualified third fastest and got a much better start than pole-sitter Daniel Ricciardo who he passed with ease. But Max Verstappen who started on P2 was able to fend off the Merc into the first set of corners and take the lead. The pace advantage of the Red Bulls allowed the young Dutchman to pull away and the Australian to catch up with the Brit.

Both Lewis Hamilton and Valtteri Bottas were struggling with the Ultrasoft tyre compound and pitted after just 11 laps, despite the VSC period as well. Around the Autodromo Hermanos Rodriguez Circuit, the Hypersoft tyre compound was expected to be the tyre of choice but it degraded too quickly for race trim. As a result, the shortage of fresh Supersoft and Ultrasoft tyres led to a difficult situation for Hamilton as all of the race leaders switched to a two-stop strategy. Bottas was out of the running for the podium and in the end he stopped a third-time to switch to the Hypersoft tyre for the new lap record and finished the race in P5. Hamilton meanwhile was indeed fighting for a podium spot, but Vettel was able to pass him on fresher tyres and then a lockup on Lap 47 allowed Ricciardo to finally get past him as well. Hamilton pitted at the end of the lap, behind Vettel while Raikkonen was running a two-stop strategy and was able to stay comfortably ahead till the finish line.

Lewis Hamilton now ties with Juan Manuel Fangio for 5 F1 world titles, second only to the tally of Michael Schumacher’s 7 titles. All bias aside, Hamilton and Mercedes were the more consistent duo than Vettel and Ferrari on race days and have worked hard to secure the 2018 Driver’s Championship. There were a lot of moments that led to this, here’s the top 10 moments from Formula 1:

It looked like it could be a fantastic weekend for Aston Martin Red Bull Racing with both cars running faster than Mercedes and Ferrari. Verstappen looked like he could claim the record for the youngest ever driver in F1 to take pole position, but he was pipped by teammate Ricciardo, something which seemed to give Max a boost of determination on race day. This was the first Red Bull front row lockout on the starting grid in a long time. Daniel had a slow start off the line and he dropped down to P3 by the first corner and was fighting for the podium while Max had stormed away in the lead. After 60 laps, he was running in P2 and then on Lap 61, a trail of smoke from the engine signalled yet another disappointing end to a brilliant performance from Ricciardo. Upon seeing his teammates car parked along the side of the track, Max was heard on radio asking his race engineer multiple times to turn down his performance if needed. In the end, he did make it to the chequered flag to take his second GP win in Mexico, the only driver to do so in consecutively and increased his tally to 5 wins for the 2018 F1 season. Daniel meanwhile was left with his 8th DNF of the season and was quoted saying that “the car is cursed”.

Ricciardo’s retirement allowed Vettel to finish P2 and Raikkonen to cross the line in P3, giving Ferrari a double podium finish. It’s pleasing result given that the duo had started 4th and 6th on the grid respectively. While Sebastian may have lost the 2018 driver’s title to Lewis, the Italians still have a statistical chance at the constructor’s title for this season. Both Seb and Kimi were occasionally involved in on-track battles during the race. Vettel had a minor collision with Bottas on the opening lap but for once didn’t spin out and went on to tussle with Ricciardo and Hamilton as well. Kimi meanwhile only had to temporarily deal with Max, Daniel and Lewis before his first pit stop, most of his race was about battling with fellow Finn Bottas. Bottas made the exact same mistake as Lewis’ lockup which allowed Raikkonen to get past and then Mercedes pitted him a third time and he finished P5 in the end after setting the new lap record. 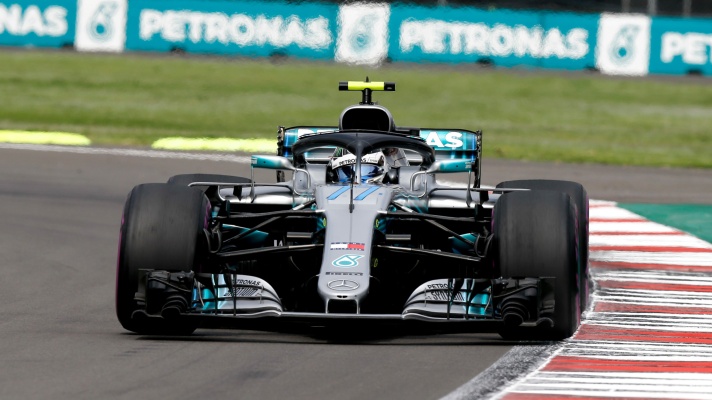 Behind the top six, which really should be a sub-classification in its own right, there was plenty of exciting racing in the middle order. The front-runners had lapped EVERYONE ELSE by Lap 16. The Formula 1 Class B is what I propose to call it, was won by Nico Hulkenberg who had qualified 7th fastest and finished P6. His Renault teammate Carlos Sainz was also looking to score some points in Mexico after starting 8th on the grid but had to retire on Lap 29 due to an engine problem. Rookie sensation Charles Leclerc finished P7 in his Sauber after starting 9th on the grid while teammate Marcus Ericcson had qualified 10th fastest and finished P9 to give the team a double points finish.

McLaren’s Stoffel Vandoorne finished P8 to score his first points since Baku, an impressive result given he had started 15th on the grid. His teammate Fernando Alonso had yet another early retirement, this time due to the debris from Esteban Ocon’s car while trying to avoid getting caught up in the mess of less experienced drivers. The retiring F1 champ started 12th and brought his McLaren to a halt on Lap 5. Speaking of the Racing Point Force India driver, Ocon qualified 11th fastest and despite his bumpy race managed to finish in P11. The only person possibly as disappointed as Daniel that day was home hero Sergio Perez. He had qualified 13th fastest but was fighting his way up into the points soon enough and was just behind the Renault of Hulkenberg even. However, after pitting on Lap 30, the Mexican’s pink race car seemed to have developed some problem with the brakes which eventually forced him to park it in the pits a few laps later. Much to the crowd’s disappointment, Perez’s retirement meant that all Spanish speakers on the grid had retired from the 2018 Mexican GP.

Toro Rosso Honda and Pierre Gasly gave an impressive performance, a promising sign for the next season as the combo will be in the main Red Bull team. Gasly was handed a tsunami of grid penalties – 15 for an extra power unit and another 5 for a new gearbox, which meant he started last. The team’s choice to start on the Hypersoft compound paid off as Gasly made his way up the order and eventually finished in P10. Meanwhile, teammate Brendon Hartley qualified 14th fastest and finished P12. The Williams F1 car was the slowest as usual in qualifying but Lance Stroll managed to not hit anyone and finish the race in P13 while Sergey Sirotkin crossed the line in P14 and made his Supersoft tyres last 58 laps till the finish.

Haas had yet another disappointing weekend with no points. Kevin Magnussen could not go beyond Q3 being 3rd slowest, started 16th on the grid and finished the race in P15. Meanwhile, Romain Grosjean was given a 3-place grid penalty for his race incident at the Circuit of the Americas and thus started 18th on the grid and after a difficult drive, finished P16. These consecutive poor results have left Haas with no chance of catching their Constructor’s Championship rivals, Renault. 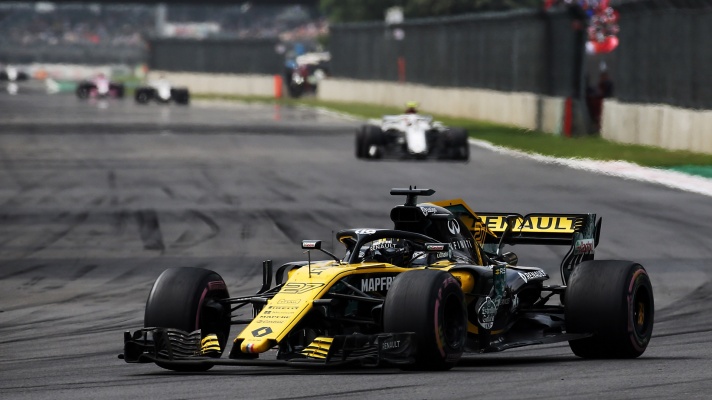 The racing action turns to the iconic Autodromo Interlagos circuit in Brazil in two weeks time. With the driver’s title decided, will Hamilton back off or race harder at the home of his racing idol Senna? Or will Bottas finally get his first win for the season? Perhaps Hulkenberg may finally get a podium finish alongside future teammate Ricciardo? Stay tuned and subscribe to the Auto Loons for the latest updates on the freshest content.