Yesterday it was announced that Daniel Ricciardo will be racing for Renault’s factory team in the 2019 season of Formula One. Let’s look at how this is likely to affect the rest of the grid for next year:

Where will Sainz go?
Daniel will be racing alongside Nico Hulkenberg in 2019 which confirms earlier rumours of Carlos Sainz leaving the Renault team. After all, the Spaniard was there on loan from Red Bull after three seasons in the Toro Rosso team. It is unlikely he will return to the same team in place of Brendon Hartley but there are talks of a move to McLaren.

Will Alonso stay in F1?
McLaren is still figuring out why they can’t do better even with the Renault engine while having two very capable drivers in the team – Fernando Alonso and Stoffel Vandoorne. Alonso is a busy man, simultaneously racing in this year’s WEC with Toyota which is how he won at 24h of Le Mans this year. He is also looking to quit F1 to race in IndyCar next year in pursuit of winning the final race of the Triple Crown – Indy500, but his time to make that choice is running out. With McLaren nowhere close to being in race-winning form, Alonso might just take this exit and make room for Sainz to race alongside Stoffel in 2019. However, no official information regarding Alonso’s future in F1 has been reported as of yet.

Who will drive with Verstappen?
Red Bull have been very public about holding onto the raw pool of talent that is Max Verstappen but that opens the question of who will fill the seat vacated by Daniel in 2019. Kimi Raikkonen is yet to be offered a renewal at Ferrari which he should get soon given his streak of podium performances that help the team contend for the Constructor’s championship. But in case that does not pan out, the Iceman could be a good opposite balance to Max’s hot-headed temperament. In an even bigger stretch of assumptions, if Pierre Gasly can offer more surprise performances at Toro Rosso like Bahrain and Austria, he might just jump straight to the main Red Bull team which will also be powered by a Honda engine next year.

Will Leclerc stay with Sauber for one more season?
There are three Ferrari-powered teams on the grid – the main one, then Haas and lastly the Alfa Romeo Sauber F1 team. In recent years, Sauber has usually been at the rear-end of the grid but with rookie Charles Leclerc they have enjoyed many points-scoring finishes just halfway through the season. He has consistently out-qualified his more experienced teammate and finished ahead of him on most occasions. Leclerc is a Ferrari driver and as such can be moved around between the three teams if an opportunity arises and he has shown the potential to do more with a better car under him. Grosjean is on rocky ground in Haas after multiple DNFs and could be replaced by the youngster from Monaco. There were rumours that Charles might replace Kimi in the big team but the Finn’s recent run of podiums would make that an unlikely transition. However, it is also quite possible that Leclerc may have to stick out with Sauber for one more year before moving up to a better team. 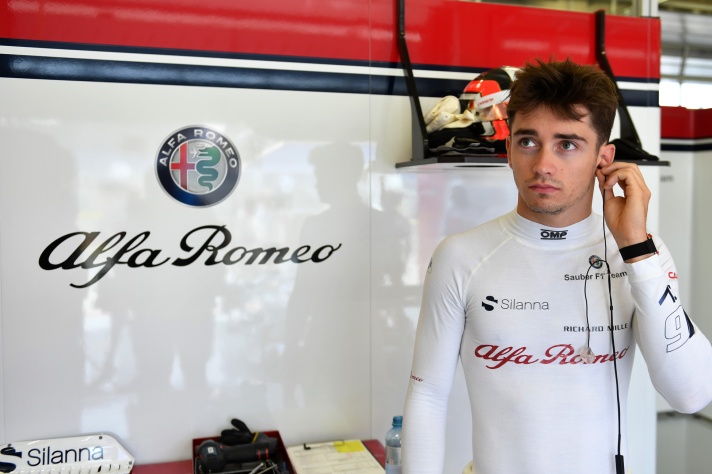 Force India to get new owners and a new name
On the eve of the Austrian GP, the Force India F1 team was in court to deal with its creditors and was moved into administration and the reports suggest that many potential buyers have already been lined up. Amongst them is a British energy drink company by the name of Rich Energy which is keen to get into F1, especially with the Mercedes powered Force India team. There are also rumours that Lance Stroll’s dad might just buy out the team to put his son in a competitive car for F1 but that seems like a bit of a stretch. It is also possible that under new ownership, Force India might become a Mercedes-B team on the grid which could mean a safe seat for Esteban Ocon next year. However, it is the future of Sergio Perez that is more uncertain given that he was amongst the creditors who had taken the team to court for payments long overdue. As of now, there is a lot of speculation with no official announcements just yet but the team should have a new owner before the Belgium GP after the summer break.

There are a lot of unanswered questions for the F1 driver’s market for 2019 still, so be sure to subscribe to The Auto Loons for plenty more updates to come.