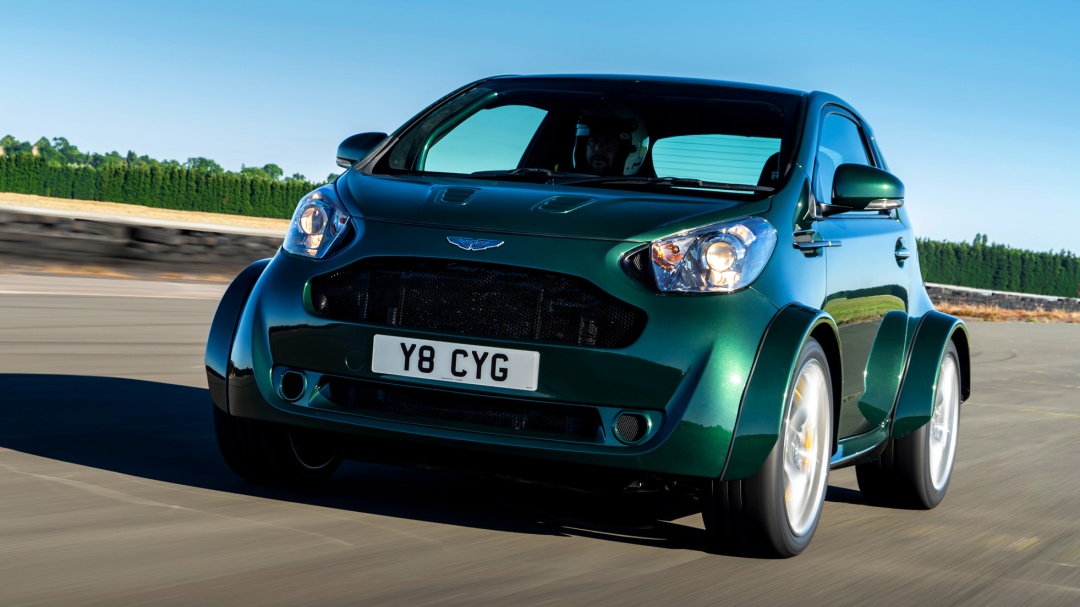 The Goodwood Festival of Speed is a fun weekend to showcase not just the newest models but also some of the more unique creations. The car in question is definitely unique and bespoke but it is also marvellously quirky. A brief introduction to the not-so-famous Aston Martin Cygnet would be to call it a legal requirement model as per EU norms. It was mandatory to have a certain average level of fuel consumption and emissions across the model range and so Aston Martin took the base of a Toyota iQ to make a small, luxurious city commuter and called it the Cygnet. The concept was unveiled in 2009 and Aston said it was because there had been an interest in such a product from their customers, but that didn’t add up with the sales figures when it was launched in 2012.

However, Aston Martin is really good at fast sports coupes with loud powerful engines and their Q division which is responsible for bespoke projects built on commission was tinkering with the idea of putting a V8 in the tiny Cygnet. The project was already sorted out on paper but then scrapped to focus attention elsewhere. But recently, one particularly interesting client came to know of this half-done mad-build and commissioned Aston Martin Q division to make it a reality and that brings us to now. Now, wherein a road-legal Aston Martin Cygnet is fitted with the 4.7-litre naturally aspirated V8 from the previous generation Vantage S. 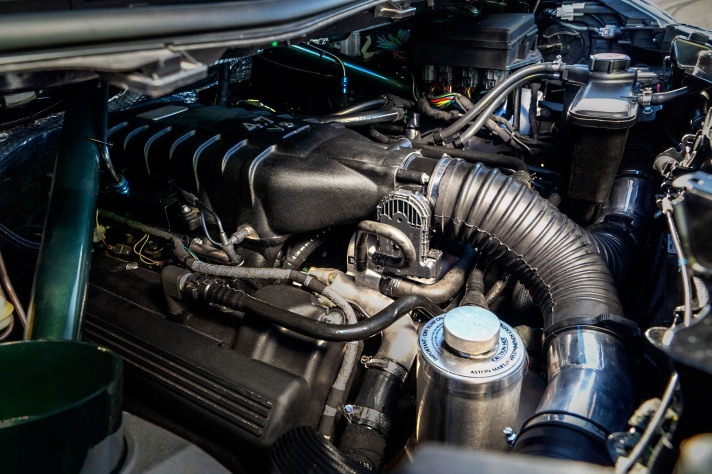 It wasn’t quite as straightforward as it may sound and the folks at Aston had to figure out a way to stuff the big thonking 430bhp V8 under the tiny bonnet of the Cygnet that will be sending power to the rear wheels only via a miniature torque tube. The V8 cygnet gets a lot from the donor Vantage car apart from the engine, including the front and rear subframes, the 7-speed gearbox and most of the braking system. The central twin-pipe exhaust system is bespoke with twin underfloor mufflers and catalytic converters. It also needed bespoke intake trunking with twin conical air filters. The new powertrain has affected weight despite the shedding of many of the luxurious interiors, but the V8 Cygnet weighs 1,375kg with fluids and still has an impressive power to weight ratio of 313bhp/tonne and 50:50 weight distribution which allows it to do 0-96kph in 4.2 seconds and on to a top speed of 274kph.

Those figures are possible thanks to the wider and bigger 19inch wheels that are housed under the extended carbon composite wheel arches. Stopping power has been upped and is equipped with 380mm discs clamped by six-piston monoblock calipers at the front and 330mm discs gripped by four-piston monoblock calipers at the rear. The interior is largely stripped out with a roll-cage in place, two fixed back Recaro seats with four-point harnesses and the Alcantara steering wheel is removable. Just like a racecar. The carbon dash on the V8 Cygnet with a Vantage instrument cluster and also has two USB ports alongside the bespoke controls for the aircon. 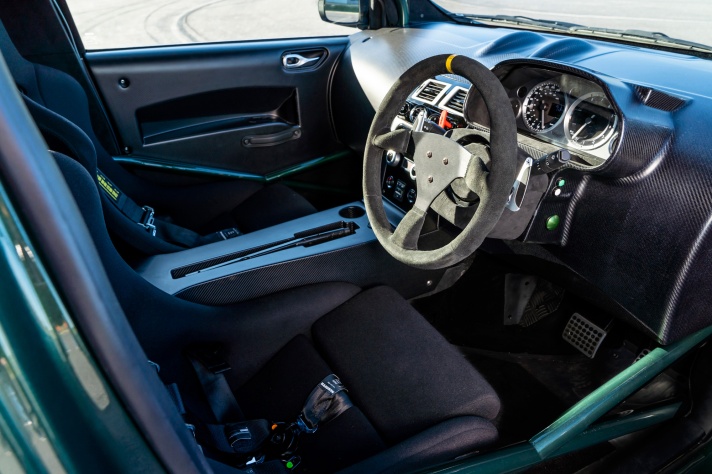 The V8 Cygnet is an example from Aston Martin and their Q Division that they can make just about anything for their customers and that there are people out there who know that a V8-powered two-seater city car is worth spending money on. On its runs up the Goodwood Hill Climb, this quirky little car was able to steal the attention from all the supercars and hypercars at the event. Witha wheelbase measuring just over 2 metres, it was noticeable twitchy, but this car is all about fun and that it offers in spades.

What do you think of the V8 Aston Martin Cygnet? What hatchback would you choose to fit with a big, powerful engine? Share your thoughts in the comments below the gallery and don’t forget to subscribe to The Auto Loons for plenty more cool car news to come. 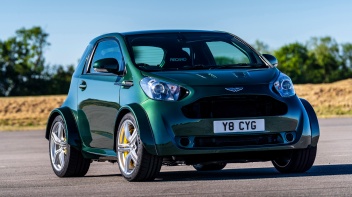 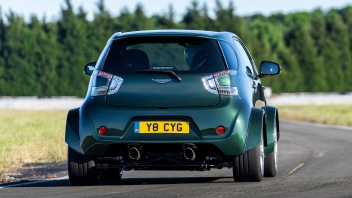 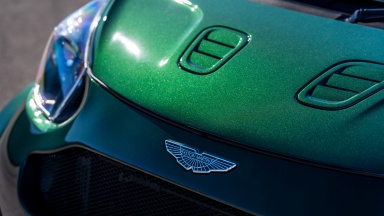 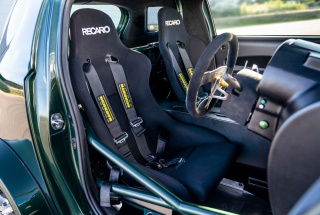 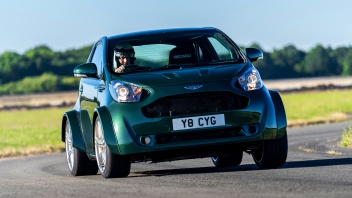 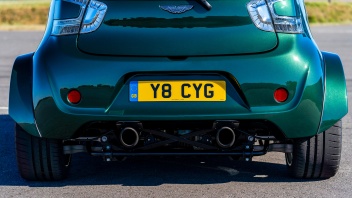 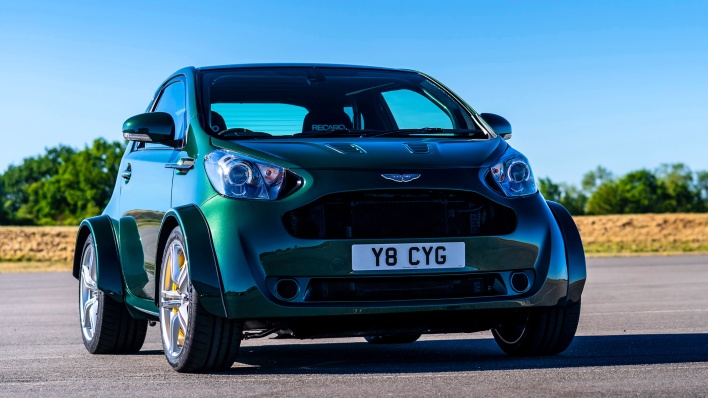