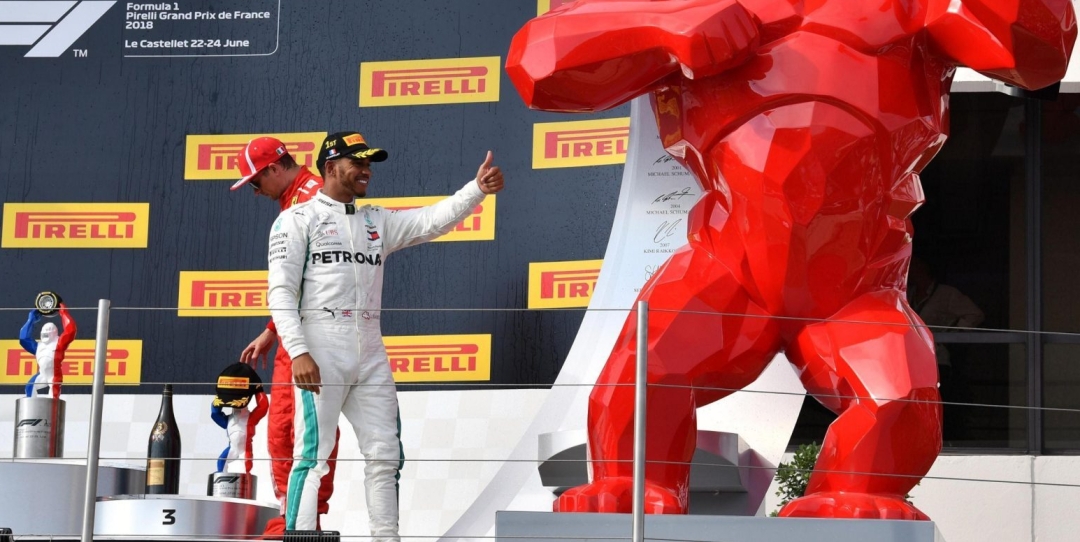 The racing action continues in France after the 24h of Le Mans the previous weekend and now Formula 1 heads to Circuit Paul Ricard at Le Castellet. One of the most anticipated rounds of the 2018 season as the sport returns to France after a ten-year break, the Paul Ricard layout offers plenty of overtaking opportunities with its fast straights.

Mercedes was using fresh engines with mid-season updates and clearly had the better car all weekend as compared to Ferrari. Red Bull was able to come close in second practice but still couldn’t lap faster than Lewis Hamilton. The defending champion had a superb qualifying session and clocked the fastest lap to claim his 75th career pole position while teammate Valtteri Bottas qualified second fastest. Ferrari were clearly off-pace from the Silver Arrows and Sebastian Vettel qualified third fastest while Kimi Raikkonen was sixth fastest behind the Red Bulls, unable to get a clean run for a fast lap in Q3. Max Verstappen and Daniel Ricciardo started fourth and fifth on the grid respectively. Mercedes were hoping for a double podium finish but things got chaotic straight into Turn 1 with Seb going in aggressive.

Vettel had made ground on Bottas and was down the inside when his front left locked up under hard braking and he shunted the Finn’s Mercedes into a spin. Both lost a lot of places and Vettel was later handed a 5-second penalty for causing the collision. But the crash that brought on the safety car on the opening lap was the incident at Turn 3 that ended the race for Esteban Ocon and Piere Gasly. Both Vettel and Bottas suffered damage from the collision but were still in the race. The Ferrari had a damaged nose and the Merc had a punctured rear right. Vettel was able to get in and out of the pits on the hardest option for the weekend, the Soft tyres, while Bottas limped on three wheels into the pits to do the same. After five laps behind the safety car to clear the debris and the broken cars, the race was underway again and Hamilton was able to pull away from Verstappen no problem and soon had the race under control in the lead. Max drove well to stay up ahead in P2 while Ricciardo moved up to P3 but clearly was not able to match the pace of his teammate. This was later revealed to be due to damage sustained on the front wing.

Lewis kept the pace up, pushing his SuperSoft tyres to do 33 laps and then switching to Soft tyres for his last stint as he zoomed past the chequered flag to claim his 65th Formula One victory. Max did well to claim a consecutive podium after finishing in P2, a performance that will help Red Bull in the constructor’s championship and the best response to all the media that has been overly critical of him from the start of the season for his incidents. Kimi Raikkonen gave an impressive performance, completing 34 laps on the UltraSoft compound and switching to SuperSofts for the second stint and was able to get past Ricciardo to take P3 after starting P6, his second podium of the season. The Aussie finished P4 in his slightly maimed Red Bull but that still keeps him in the top 3 of the driver’s championship. Vettel, who had rejoined in P17 after the first lap incident managed to finish in P5 after a second pitstop where he served his 5-second penalty as well. Bottas, unfortunately, had a more difficult time making his way up the order, also having to make two stops and crossed the line in P7 just behind the Haas of Kevin Magnussen. Not the result Bottas or Mercedes were hoping for given how good the Finn had been all weekend but expect him to come back stronger in the next race.

Yes, Magnussen managed to finish P6 at Paul Ricard after having started ninth on the grid. Haas definitely had the strongest car of the middle order this weekend as proven by both cars making it to Q3. Romain Grosjean was doing well on his home circuit but unfortunately, he was unable to set a lap time in Q3 as he lost control of the rear end and slid into the barriers. Thankfully the damage was minimal and he would start tenth on the grid, however, the Frenchman was unable to score any points as he crossed the line in P11 after he picked up a 5-second penalty for colliding with Ocon in Turn 1 at the start. The driver who did better than anyone expected was Charles Leclerc, qualifying eighth fastest in his Alfa Romeo Sauber, another team using their new and improved engine. The rookie drove well and was able to secure another point scoring finish as he crossed the line in P10, while his teammate Marcus Ericsson had started P15 and finished in P13.

Renault was the home team you could say and even though they didn’t have any french drivers, they were still getting plenty of support from the crowds. Nico Hulkenberg did not have the best of qualifying and started 12th on the grid while Carlos Sainz was able to start up ahead in eighth. The Spaniard had the better race overall, even running in P3 for some time after the pandemonium at the start, before dropping down to P6 for the second half of the race. In the last few laps, it seemed unsure if he could finish in the points at all as he suffered a loss of power and had slipped down to P8 with Nico catching him up. But a VSC in the closing laps allowed him to defend his position and both Renaults crossed the line with points, Sainz in P8 and Hulkenberg in P9. McLaren meanwhile was having a shocker of a weekend at Le Castellet as both cars couldn’t get past Q1 in qualifying with now Le Mans winner Fernando Alonso starting 16th on the grid and teammate Stoffel Vandoorne in 18th, just ahead of the Williams cars. Still, at least Vandoorne was able to cross the finish line in P12 while Alonso retired with three laps to go after he too took some damage in the first lap incident.

The Williams team had an expectedly rubbish race weekend with Lance Stroll and Sergey Sirotkin starting in P20 and P19 respectively. The two stayed at the back of the order for the majority of the race, easily overtaken by all others and Sirotkin was the last of the finishers in P15 while Stroll had a blowout with less than 10 laps to go. But of all the incidents and retirements, none would have been as disappointed as the two young Frenchmen on the grid, racing in front of their home crowd in F1 for the first time ever. Ocon in the Force India had started qualified 11th fastest while Gasly in the Toro Rosso Honda started 13th on the grid. Ocon had a decent start was pushed off the racing line by Grosjean before the Haas driver turned straight into his path going into Turn 1, causing damage. Esteban was already struggling to keep his car under control when at the next corner, Gasly slid straight into the back of him bringing an early end to the race for both of them, like Stroll did to Hartley in Canada. An unfortunate series of events for Ocon but Force India’s woes got worse as Perez had to retire around the halfway point due to a problem with the engine, giving the team a double DNF. Brendon Hartley, the man rumoured to not have seat in F1 next season, crossed the line in P14, still unable to get the most out of his Honda-powered car. 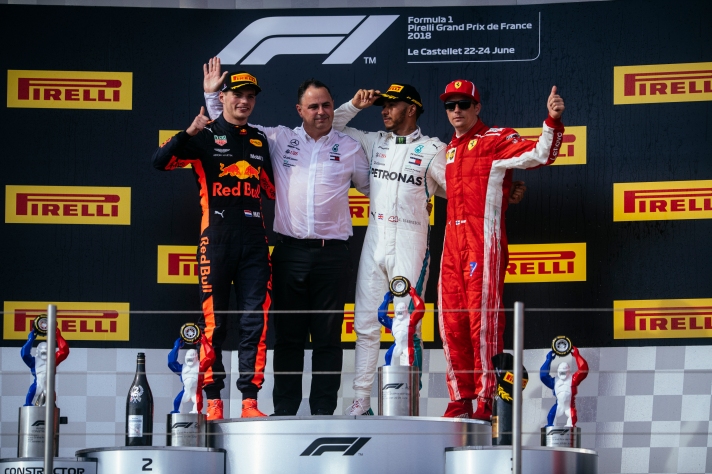 Hamilton was behind Vettel coming to the French GP and now the man has a 14 point lead over the Ferrari contender and Mercedes seem to have found the pace they were lacking in the season thus far. Dani Ric has moved up into third following Bottas’ misfortune while Kimi and Max are still in 5th and 6th respectively. Lewis and Seb have three wins each and Daniel is expected to take his third win of the season as we head to Austria the following weekend. So far, the most exciting season of late, even if some of the racing hasn’t been. Stay tuned for more updates from F1 and don’t forget to subscribe to The Auto Loons to get notified for the latest posts.