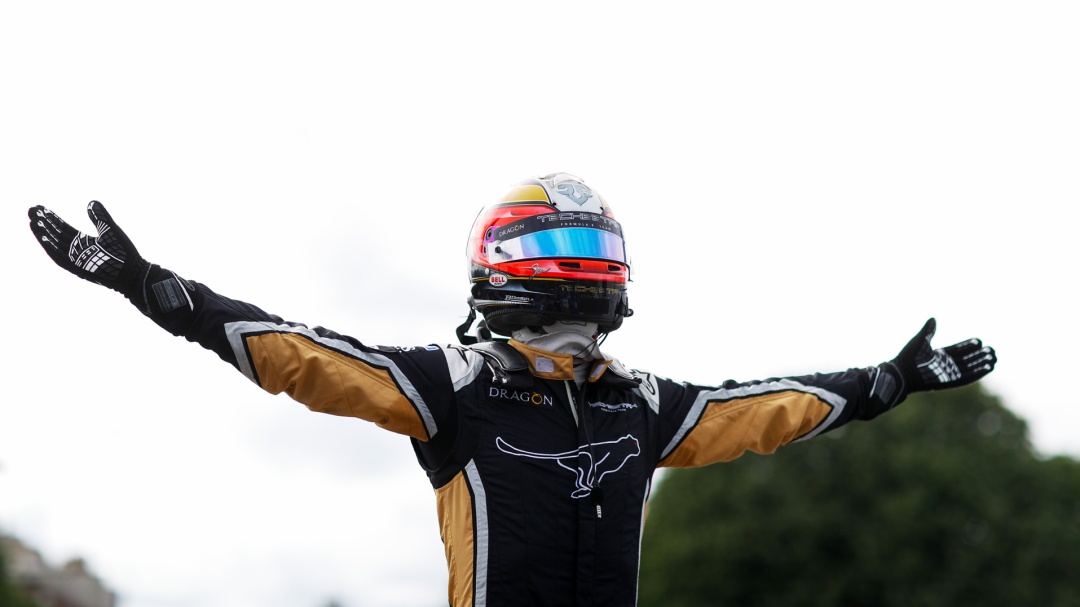 Formula-E S4 R8: Vergne finally wins at home and stays atop the leaderboard

From one iconic European city to another, the Formula E troupe arrived in Paris, France for the third time since the inception of the sport. Another tight city circuit, the Paris ePrix track is just short of 2kms in length and features 14 turns with an interesting twist – the finish line is around a bend.

Practice runs at the start of the weekend with a surprisingly cold track saw drivers and tyres working hard to keep things warm. Home favourite Jean-Eric Vergne was sporting the French tricolour on the rear wing of his Techeetah and was consistently quick but not the quickest. Defending champion Lucas Di Grassi was setting a quick pace in both sessions and was the quickest in the second one. Sam Bird in the DS Virgin e-racer was quickest in the first session but dropped down to seventh fastest later on. Mahindra Racing’s young Felix Rosenqvist was pushing hard all day, sliding into the run-off area and even into the wall in the first session, but managed to set a fourth fastest time in the second session. Other crashes included Nelson Piquet Jr who wrecked his car in both runs while Sebastian Buemi locked up and slid headfirst into the barriers in second practice. The Nio team was featuring their development driver Ma Qing Hua to stand in for Luca Filippi, the only Chinese national on the grid.

The qualifying session saw the top order shuffle around a bit while the quickest times were narrowly slower than those recorded during practice. Jean-Eric Vergne seemed determined to take victory at home this year for the first time with a car that has been running extremely well this season and was the fastest in both qualifying and super pole as well. Meanwhile, teammate Andre Lotterer was on the limit and managed to push Di Grassi out of super pole wherein he clocked the third fastest lap, just behind Bird who qualified second fastest. The unexpected drivers who made it to the top five spots on the starting grid were Maro Engel in the Venturi, qualifying third fastest and then fourth fastest in super pole followed by Antonio Felix Da Costa in the Andretti car who was second fastest in qualifying but dropped down to fifth after the shootout. Buemi’s troubled run continued as he qualified eighth fastest, behind Jerome D’Ambrosio in the Dragon car whose teammate Jose Maria Lopez was tenth fastest with Nio’s Oliver Turvey between them in ninth. Mahindra Racing really seems out of contention with Rosenqvist and Heidfeld starting 11th and 12th on the grid, respectively. Mitch Evans had a grid penalty and still did well enough to start 14th on the grid.

Vergne got a good start and pulled just ahead of Bird who was already under attack from Lotterer as they headed into the first turn. Just a couple of corners later, Blomqvist drove into the back of Nico Prost’s Renault while Nelson’s Jaguar also suffered damage in the pileup. But it was Hua’s stalled Nio on the starting line that brought on a full course yellow in the first lap itself. At the restart, Da Costa locked up and nearly drove into the barriers, managing to stay in the race but definitely out of the points. Things seemed to be relatively tame till the switchover point little over halfway through the race but it all got heated up when Lotterer and Bird started duking it out for second place while Vergne managed to pull away in the lead. The Techeetah driver’s aggressive move down the inside saw him collide with the DS Virgin car but stayed ahead and allowed the Audi to catch up. Having run a conservative race to store an extra bit of battery juice for these last few laps, Di Grassi got past Bird and was on the hunt for Lotterer while his teammate Daniel Abt had made his way up to P6, ahead of Buemi, after starting 15th on the grid.

The last six laps were intense with Lotterer and Di Grassi battling hard and Bird waiting for his moment just behind them. The German was driving his usual aggressive style with plenty of contact and rubbing, anything to stay ahead of the Audi of the defending champion. Running so close to each other, even the slightest mistake could take both drivers out of the race and Lotterer seemed willing to crash rather than give up his position as he fought till the last lap even with almost no battery power to spare, something that seemed to upset his fellow competitors. Things got worse when his Techeetah was on its last zaps of electricity with no pace and he nearly drove into the path of the much faster Audi to block and then purposely (seemingly) directed his car into the racing line just before the chequered flag which caused Sam Bird to drive right into the back of him. Bird did manage to take the final podium spot after crossing the line with just three wheels, courtesy of Andre Lotterer, but it was the Parisian who took the win at the 2018 Qatar Airways Paris E-Prix — Jean-Eric Vergne.

A splendid performance all weekend from the man who leads the championship and he extends his lead to 31 points ahead of Sam Bird and gives his team a 55 point lead in the constructor’s championship. It is also interesting to note that the leaderboards show the private team performing better than the factory teams which is a testament to the way the sport is structured allowing for an even playing field and tighter competition for all. It seems to be a two-way battle for the driver’s championship between Vergne and Bird with Rosenqvist 30 points behind the British driver, but it’s still statistically possible to stage a comeback as they head to Germany for the BMW iBerlin E-Prix in three weeks time. Subscribe and stay tuned for the latest updates from the sport.

Before we close off this report, let’s just run through the rest of the point scorers this weekend with Engel taking P4 ahead of Buemi, while Lotterer limped across the line in P6, followed by Daniel Abt in P7. Rosenqvist was able to secure some points after his unlucky run in recent races by finishing P8 and Turvey finished P9 just ahead of Lopez.