5 Things I Hate About the Honda City

Now before the fans of the original City decide to come at me in the comments, let me be clear that I’m talking about the current generation of Honda’s best selling sedan in India. The City has been the gem in Honda Cars India Ltd’s lineup for two decades now and has been one of the most iconic cars in the country’s sedan category for the masses. But for all its accomplishments in the automotive industry and with its original introductory model that has a cult following, the current generation Honda City is definitely a disappointment for those who love cars and here are my top five reasons why:

The facelifted version of the 6th Generation City – GM6 is currently on sale in India and incorporates Honda’s “Exciting H” design which has a prominent bar of chrome across the front grille like the global model of the new Civic. This chrome moustache on the City is the biggest eyesore for me, considering the A/C vent styling on the fifth gen (GM2/GM3) was a dramatic improvement on the car wreck of a design that was the fourth generation Honda City (GD8/GD9). While the chrome bar is a look that works for the Civic and Accord, it makes the City look like a desperate wannabe. Keeping in mind how cool the third generation City was (3A2/3A3), the current look is definitely a letdown. Even the alloys look mediocre as do the defining lines along the sides that extend till the rear haunches and when you reach the rear end, it’s the least ugly side of the 2017 Honda City. Whether the City will get another facelift to incorporate the new tail light designs as seen on the new Civic or if there is a new generation due soon, is not something yet known to the public but it seems likely.

It’s a Honda so yes it does have a VTEC power unit, a 1.5-litre i-VTEC engine that is tuned for mileage and produces a maximum of  117bhp and 145Nm of torque mated to either a 5-speed manual or a CVT transmission. The Indian spec City measures at 4.4m long and has Gross Vehicle Weight ranging between 1,433kg and 1,550kg which are similar figures to its direct rivals. But from the factory, the car is tuned as its name suggests – for city driving in traffic conditions and on bumpy Indian roads. The suspension is pliant and offers a smooth ride while having a light steering setup to make it easy to manoeuvre in tight spaces. But it is not an engine that shows any eagerness for an enthusiastic or spirited drive down the highway or on twisty roads and the handling setup doesn’t offer any confidence to the driver.

Hence, the most popular engine specification in India is the diesel unit – the 1.5-litre i-DTEC engine tuned to an output of  98bhp and 200Nm of torque. It is the most efficient engine in its segment according to the mileage claims (26kpl) and while it is only available with a 6-speed manual transmission, a CVT option is expected once the new Amaze with the same powertrain is launched. But both engines, stock, are amongst the dullest in the market.

Now, I am keeping in mind that this is a sedan being sold at a certain price point and I do not expect particularly plush materials on the inside. But even then, Honda City interiors seem to be too…plasticky. The seats are indeed comfortable but I would like to point out that while leather feels nice, it’s not the ideal material for hot Indian summers, especially if you don’t have ventilated seats in the front.

Then there is the design and layout of the dashboard and instrument cluster. The new Honda City has the 17.7cm touchscreen infotainment system in the central console which for some reason is driver-oriented in design, in a car that offers no driving pleasure. The central a/c vents are as unappealing as a pair of hairy nostrils. Something that ugly should not be at the centre and top of your dash, which by the way, also has a shiny finish for the style lines separating the different components. The air conditioning controls feel nice and modern though. The steering wheel also feels a bit odd to hold and the steering-mounted controls are some of the least ergonomically designed in this segment.

Honda is known across the world for making cars that are affordable, reliable and convenience-oriented. That’s how they sell many, many numbers of their mass-market car models and that’s what Honda City is in India. It also is easier to maintain and then sell-off without taking too much of a hit on depreciation. That’s probably why when I step into my apartment complex’s parking, I can count NINE Honda City cars of different generations in a matter of 18 parking slots. The people who buy this car are often the ones going slowly in the extreme right lane of expressways and highways, holding on for dear life as if driving at 180kph. Or it’s the offspring of the owner who is too busy trying to talk to their friends in the car instead of paying attention to the road and being a risk to everyone else. I will admit, the rare breed of Honda City owners who do none of those things do exist but unfortunately, the toxic prejudice is already established. It is definitely not a car that shows one to be an individualistic person, but more like a sheep or someone who just can’t care about what car they have as long as it doesn’t look like ‘a small one’.

It doesn’t even care about the competition

It is the best seller in its segment for being the dullest car possible, appealing to the wants of many dull people, usually those who don’t intend to drive themselves. Thankfully, it has rivals that care to do something besides that in this segment and make the kind of affordable sedans that are actually nice to drive as well. I’m talking about the Hyundai Verna, Volkswagen Vento and Skoda Rapid. All of these cars are better looking, similarly priced, similarly featured and offer a much more exciting driving experience. Nobody offers power and comfort like the Hyundai Verna especially in its handsome avatar after the 2017 refresh (121bhp and 151Nm from a 1.6-litre petrol engine) while the Vento can also be had with VW’s 1.2-litre turbo-petrol engine mated to a DSG gearbox.

Maruti Suzuki’s Ciaz offers more space, plenty of comforts and reliability for a much lower price than the City and even with the 1.3-litre diesel engine is a good city car. Meanwhile, the new Toyota Yaris is expected to be in a similar price bracket and can compete with the City in the following aspects – ugly AF, 1.5-litre petrol engine (105bhp/140Nm), better driving dynamics and nicer interiors. 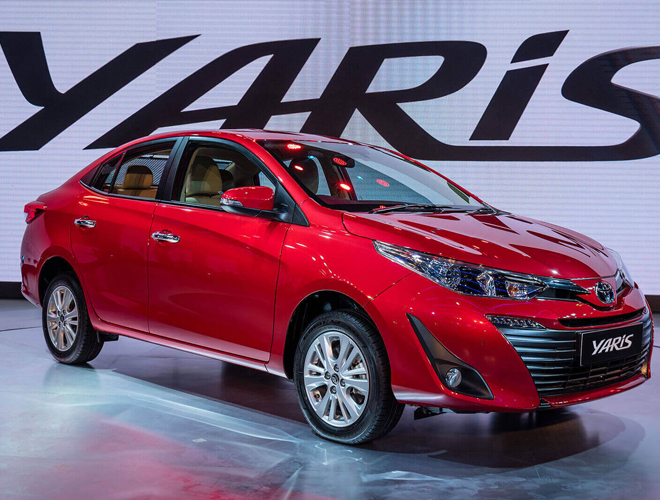 What do you think of the Honda City? Did I miss out on any major drawbacks? Or can you argue a case FOR the best selling entry-level sedan in the country? Share your thoughts in the comments below and don’t forget to subscribe to the blog for more automotive and motorsport content.