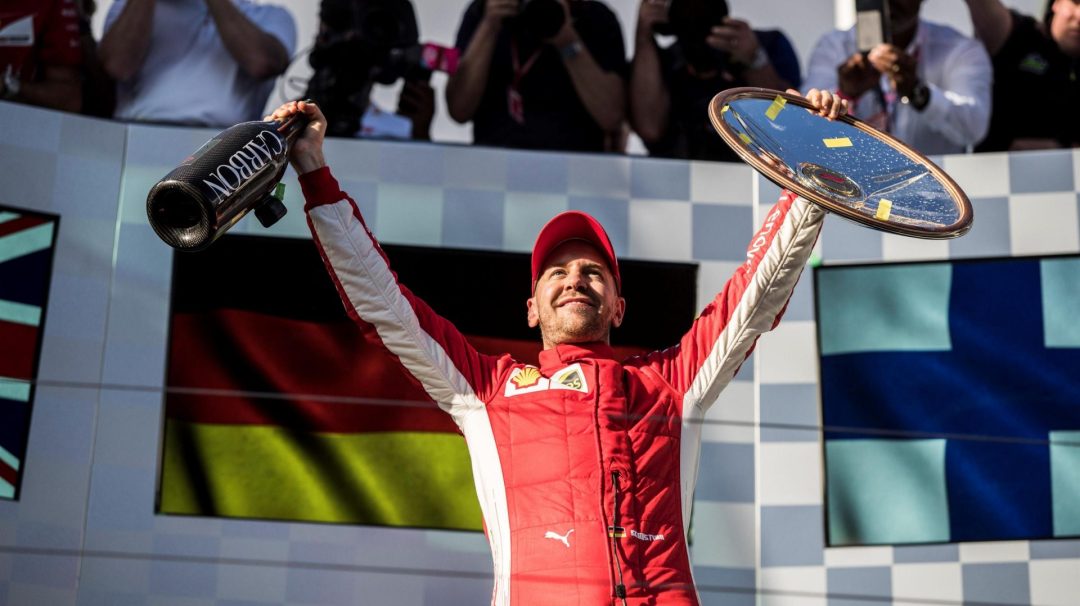 After many months of waiting and testing, the new season of Formula One is finally underway at Melbourne, Australia with the new cars and even tougher regulations. The only surprise from all the pre-season testing was how quick the Haas cars were, quicker than just about any of their competition in the middle order.

Practice sessions on Friday held no surprises with Mercedes showing an expected pace advantage ahead of both Ferrari and Aston Martin Red Bull Racing with Lewis Hamilton leading the charge. The third practice run, however, ended with Vettel setting the fastest lap, followed by his teammate Kimi Raikkonen. For Red Bull, Max Verstappen was consistently quicker than his Aussie teammate Daniel Ricciardo while Valtteri Bottas was keeping pace with the top five.

However, it was in qualifying that Mercedes was able to show just how much quicker they are this year yet again than the rest of the field when in Q3, Hamilton kicked things up a notch and took pole position with a time that was seven-tenths faster than Raikkonen’s best effort to secure the front row spot alongside the Brit. The Finn had out qualified Vettel by just one-hundredths of a second and Verstappen by four-hundredths of a second. Daniel Ricciardo qualified fifth fastest but had a gearbox penalty that meant he’d start eighth on the grid while the Haas cars outshone the middle order as Kevin Magnussen and Romain Grosjean qualified sixth and seventh fastest respectively. The Renault team seemed to be coming along well with Hulkenberg qualifying in P8 and Carlos Sainz in P9 ahead of their main rivals Force India and McLaren. Meanwhile, Bottas did make it to Q3 but was unable to set a lap time as he had a spin and crash, the consequential repairs and grid penalties for the new gearbox placed him 15th on the grid.

When the lights went out on raceday, Lewis and Kimi had a good start with Vettel having to block off Verstappen’s charge down the inside on Turn 1, a move that allowed Kevin Magnussen to get past the Red Bull and into fourth. It was a clean start to the race with no collisions as the drivers started to slot into packs around the Melbourne circuit’s fast chicanes and sweeping turns. Hamilton had already started to build a lead over Kimi and Sebastian’s Ferraris and behind them, Magnussen stayed ahead of Verstappen. The Dutchman was trying really hard to get past the Haas car when he had a spin on Turn 1 but was able to keep it out of the wall and rejoin the race without losing too many positions. Post race examinations revealed that in his aggressive attempts to get past Magnussen, Max had run wide a few laps earlier around Turn11/12 where he might have damaged his rear diffuser a bit which upset his car’s balance. With the first stint near an end, the order seemed pretty set with overtaking seeming nigh impossible around the Australian GP circuit with Lewis leading comfortably ahead of Kimi and Sebastian, followed by the Haas cars in front of the Red Bull racers, while Bottas was still stuck in the middle order.

The drama started to unfold as teams started pitting for fresher tyres and that’s when it all went wrong for the Haas team. Magnussen pitted first but was seen limping on track before coming to a halt a few turns later, which was due to a loosely fitted rear-left tyre. The replays showed the mechanics on that end of the pit stop clearly signalling that there was a problem but the man in front still let the car out. A lap later, the exact same thing happened when Grosjean came in for fresh tyres and then stopped his car after rounding Turn 2 and that was the end for Haas’ most impressive performance in F1 so far. However, it was Romain’s retirement spot that turned out to be a deciding factor in the changing the race as it brought on the Virtual Safety Car and then the Safety Car itself (a brand new, kitted up Mercedes AMG GT-R).

Before the Haas debacle, Lewis and Kimi had pitted already allowing Sebastian a clear run at the front to try and open up a gap big enough that would allow him to chase Lewis after the pit stop. With the VSC out, however, all cars had to adhere to a specific speed which didn’t allow Lewis to close the gap on Vettel and Ferrari made the most of it, pitting the German and coming out still ahead of the Brit, but not by much. When the Safety Car came out, all gaps became irrelevant anyway as the cars bunched up. At the restart, Vettel got away a bit from Hamilton but caught Kimi sleeping as the two pulled away. The Mercedes was definitely quicker but it wasn’t doing too well in the turbulent air behind the Ferrari on a track that was already difficult to overtake on. Lewis kept the pressure on Sebastian for a few laps before dropping back to maintain engine temperature and eventually accepting that he would not be able to do better than P2. In the end, Vettel took the win comfortably ahead of Hamilton while Kimi took the final podium spot at Australia after a long, long time.

Behind them, Daniel Ricciardo took P4, not the ideal result but definitely an improvement over last year’s unfortunate DNF. Fernando Alonso had qualified 11th fastest and crossed the finish in P5, his best finish yet with the McLaren team while keeping Verstappen at bay in P6. The orange racecar is definitely running better than before, but given that the Spaniard had the rest of the points places bunched up behind him, they still weren’t necessarily on-par in terms of race pace while his teammate Stoffel Vandoorne secured P9 after starting 12th on the grid, to give the team a double points finish. Renault’s factory team also had a double points finish with Nico Hulkenberg who finished P7 and Carlos Sainz couldn’t manage better than a P10 finish. Bottas finished eighth after a disappointing weekend despite having the quickest car, though post-race analysis revealed that his Mercedes was having cooling issues running close behind other cars which made it even more difficult to overtake and move back up the order.

Force India had a pretty disappointing start to their 2018 season as for the first time in a long time, neither cars finished in the points. Sergio Perez had qualified 13th fastest and finished 11th while Esteban Ocon qualified 15th fastest and could not better P12 after 58 laps. Charles Leclerc had a decent Formula One debut in the Alfa Romeo Sauber and finished P13 after having qualified 18th fastest, while his teammate Marcus Ericcson had qualified 17th fastest but did not finish the race due to a mechanical problem and retired early. Williams Racing also had a rough weekend with their young lineup as Stroll qualified 14th fastest and finished the race in P14, while his teammate Sergey Sirotkin had a disappointing debut, qualifying P19 and having to retire just two laps into the race. The last man to cross the finish line in P15 was Brendon Hartley running the now Honda powered Toro Rosso car after having qualified 16th fastest, while his teammate Pierre Gasly started last on the grid and also suffered an early retirement.

The Renault powered cars seemed to have a positive result in the opening race of the 2018 season, but it is clear that things would have been different had Haas managed to make it to the end of the race. Will the American team be able to pull things together in time to establish themselves at the top of the middle order and maybe even give trouble to the Red Bulls? With 20 races to go in the 2018 F1 calendar, there will be plenty of opportunities for anyone and everyone to change things up. Stay tuned and subscribe to the blog for more updates as the action resumes in Bahrain in a couple of weeks.