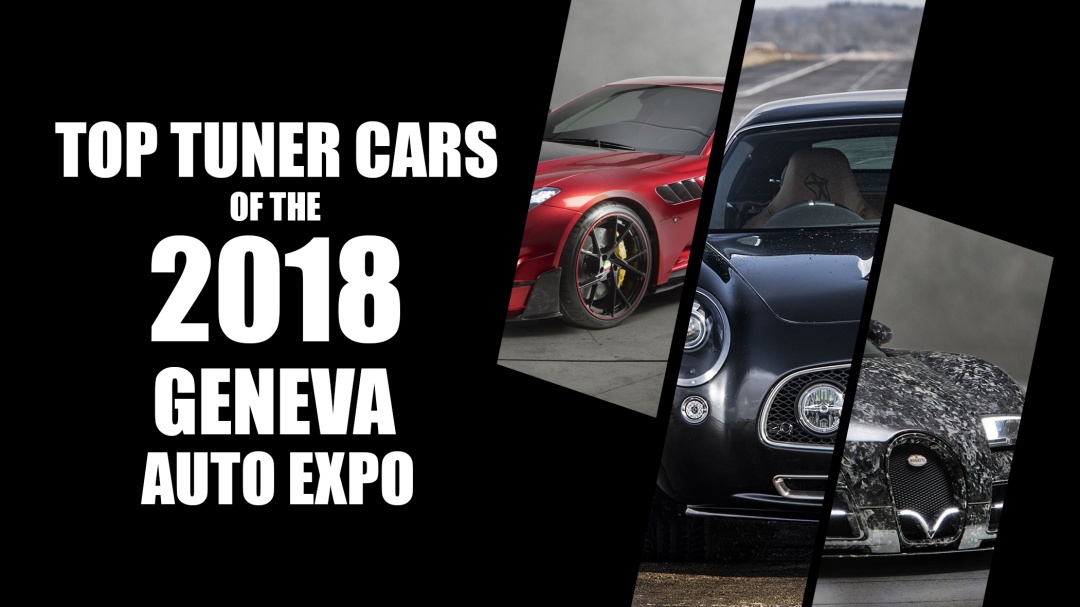 Amongst the factory made stars of the show, there were a few mad ones. Cars that were built or improved upon by tuner houses both in terms of performance and aesthetics. Here’s a quick look at the high-roller end of automotive madness and exclusivity:

Like em or hate em, Mansory will take the world’s best cars and give them a dose of their unique aesthetic tastes and additional performance should you ask for it. And it appears enough people like their work for them to be going strong and at this year’s Geneva Show they’ve been busy with some of the top cars of the past year:

1) Mansory Stallone
Their main attraction and built on the Ferrari 812 Superfast is the Stallone which they say has F1 inspired styling. That would be referring to the new aero package, all of it in visible carbon fibre – front spoiler, engine hood, side skirts, rear diffuser and the massive rear wing. There’s plenty more carbon fibre for reducing weight or just to look nicer, while the engine has been tuned to now produce 830bhp and 740Nm of torque. The new sports exhaust system is also designed to enhance the Maranello V12 experience in this Stallone. It sits lower too with new suspension, riding on 21s in the front and 22s at the back. The inside is still luxurious so you can be comfortable when you’re not hooning around. 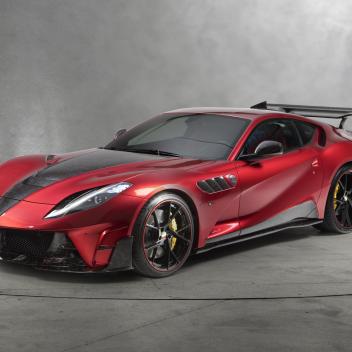 2) Mansory Cyrus
This highly individualised, green beauty is built on the Aston Martin DB11 and was probably the one that took some away some of the attention from the Stallone. The silver coloured leather interior with Alcantara applications contrasts beautifully against the two-tone green body paint with silverish white for the roof, giving it a striking appearance. The colours are a part of the Cyrus, as Mansory has been working on the aero package as usual, with new front bumpers, larger air intakes, new bonnet, side skirts, and a visible carbon fibre rear wing. Oh, it’s got a carbon fibre rear diffuser too that houses those large double exhaust pipes. There’s plenty going on underneath as well where Mansory has increased power output from the 5.2-litre twin-turbo V12 engine to a figure of 690bhp and 850Nm of twist. How? New sports air filter, new sports exhaust system and a new engine mapping system. 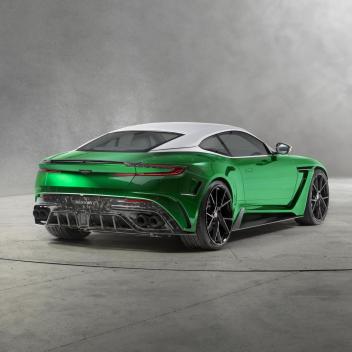 3) Porsche Panamera Sport Turismo
Unveiled last year, the Sport Turismo shooting brake version of the luxurious and fast Porsche Panamera now gets a Mansory package. Plenty of visible carbon fibre for the aero and the trim, re-lined interior and fittings, new exhaust and increased performance (a bump of 35bhp and 40Nm). 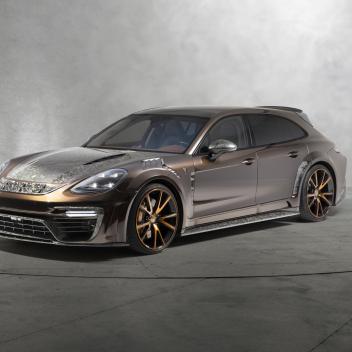 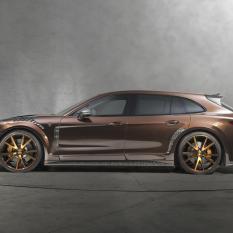 4) McLaren 720S
For a car as good looking as the McLaren 720S, the Mansory body kit seems…unnecessary, but it’s quite possible there are those who do like it. Good helpings of visible carbon fibre in the front splitter on the new bumper, the side skirts and vents, the rear diffuser on the new rear bumper and the wing extensions. It’s got a new, lighter hood as well as engine cover, and what appears to be a fixed rear spoiler. Lowered suspension and running on new treads, the driving dynamics are said to have been enhanced further. Mansory has tweaked the drivetrain to now produce 744bhp and 780Nm from the twin-turbo V8. 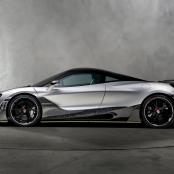 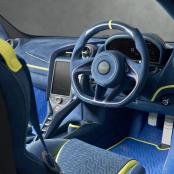 5) Mansory Bugatti Vivere Diamond Edition by Moti
The last one on our list is an icon of the car world, the Bugatti Veyron, which is pretty exclusive as it is. Mansory has taken the same lavished it with carbon-fibre and opulent leather. They call it the Vivere Diamond Editionby Moti. The carbon fibre here uses a Mansory developed carbon fabric called Marble Collage (as used in the cars above). It also has facelifted front end with modified wings, a shortened hood and front apron with a carbon fibre lip, new air intakes, new side skirts and larger air outlets on the flanks and at the rear, and a new diffuser too. It’s a bit of marmite car, as it either you like or you hate it. We are not fans of this look but agree that it lends it added exclusivity so even in a Bugatti car meet, this one would stand out. 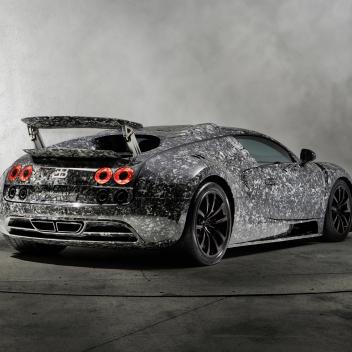 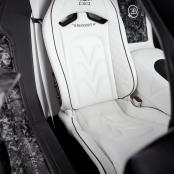 The British coach-building company of the 21st century brought out a new edition for the Speedback GT which is a modernised and reinterpreted version of the Aston Martin DB5. It’s called the Silverstone Edition and uses a Jaguar sourced 5.0-litre supercharged V8, same as the GT, but it now has a higher output – 593bhp and 766Nm, all of which is sent to the rear wheels via a 6-speed automatic box and an active limited-slip differential. The Speedback is based on a Jaguar XKR platform with hand-built aluminium bodywork. In the Silverstone Edition, there are more prominent side skirts, a front spoiler, silver rear diffuser and larger side vents. The interiors are quite modern and lush too, with modular bucket seats trimmed in brogue leather. It’s exquisite with production limited to 10 units with a price tag over half a million pounds plus taxes. Take a closer look at the David Brown Speedback Silverstone Edition in the gallery below. 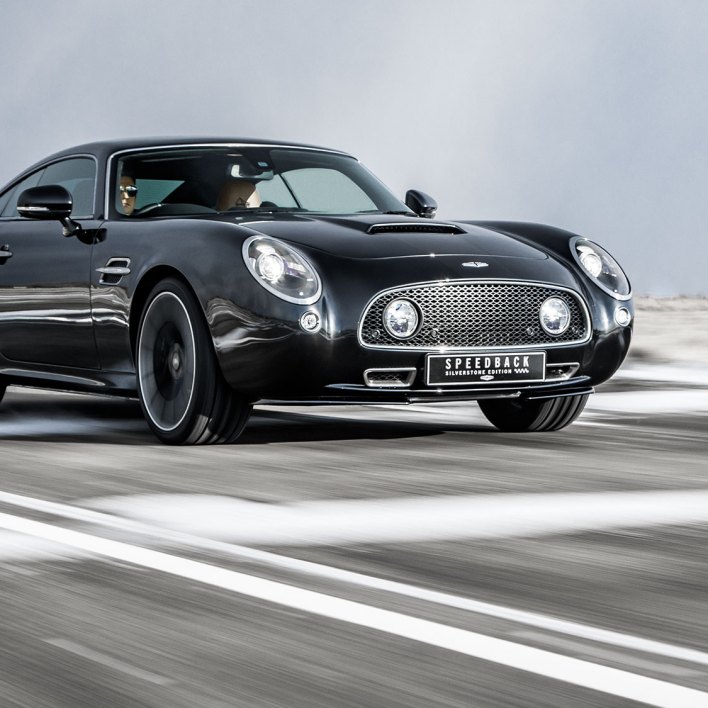 Astons seem to be a popular modding choice these days, particularly their flagship Grand Tourer, the DB11 and now Startech have had a go at it. Startech is a member of the BRABUS group. The Brabus group is that group that specialises in turning Mercedes cars to a ridiculous level, their most recent creation being the Brabus 900 – Mercedes Maybach S650 which they’ve tinkered to have an output of 888bhp and 1,500Nm of torque. Startech has given the DB11 a discreet aero pack, optionally available in carbon fibre, with highly customizable interior works too. The engine, which is a Mercedes-AMG based V8, the M177, is a familiar unit to these folks and they’ve tweaked the output of the V8 DB11 to 602bhp and 800Nm of twist. That’s more grunt than the stock V12 DB11. Though Startech hasn’t yet revealed the price of this upgrade package so we don’t know yet if it’s more or less pricey than a stock new DB11 with a V12. Take a closer look at this special DB11 package in the gallery below. 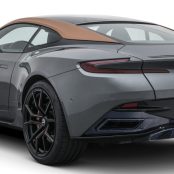 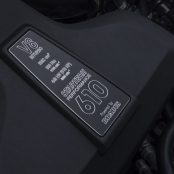 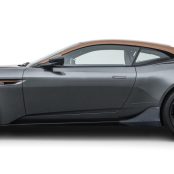 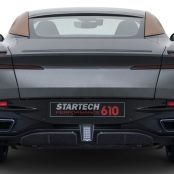