Tata Motors is back at Geneva this year after, right off the bat of a relatively positive response to their new concepts shown at the Indian Auto Expo just a few weeks ago. Last year’s hyped up Tamo Racemo was a disappointment in our books and their VW tie-up has since fallen out, but this new electric sedan concept is something more grounded, more relevant and actually better looking – the EVision Concept.

It is a sedan version of the 45X hatchback concept shown at the Indian Auto Expo and has a crisp design language, with a few prominent lines along the length of its frame that give it a good stance. It’s based on the same, new, modular platform called the Omega Arc which also underpins the HX SUV concept. Tata went with some classic frameless doors for the concept, which is unlikely to make it a production spec, but it makes the EVision look quite neat. The headlamps and the front grille offer a clean face for the chrome with the sporty-ish ducts which might function to funnel air to cool the battery.

Speaking of the battery, Tata is keen on pushing the electric movement in India but hasn’t offered many specifics regarding the tech they plan to use. In an interaction with another publication, Tata reps stated that this concept uses a battery pack that is similar in structure and design to what Tesla uses and will offer a range of over 300km on a full charge. That’s close to what the Nissan Leaf which claims a range of 380km and is a car that is also expected to arrive on Indian shores in the near future.

The all-electric EVision Concept has a clean interior too with its flat floor, minimalistic central dash with a retractable touchscreen display, digital driver’s console and the rear seating area looks like a nice place to be. While Tata has shown much promise with these new concepts, there is still a big issue before they can make any possible production models a success with their relevant audience – the Tata brand. A brand that is infamous in the personal vehicle circles for painfully terrible service and often not the preference for those who can afford a Hyundai or Honda instead.

What role will Tata play in the electrification of personal vehicles in India is an interesting story that will unfold with changes in the country’s regulations and supporting infrastructure, but it is likely to be a significant one. What do you think of the Tata EVision Concept? Share your thoughts in the comments below the gallery. 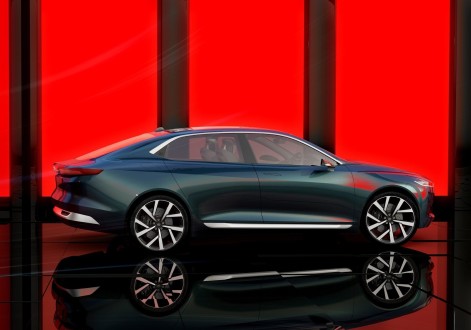 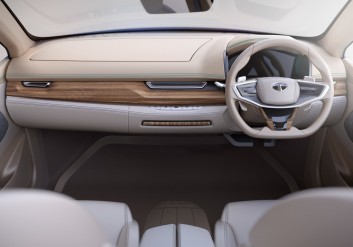