Hurrah! It’s the new Toyota Supra! Well…almost. As the headline suggests its the Gazoo Racing motorsport concept, but apart from the extra aero modifications, it IS the new Supra which is scheduled to hit the markets early next year. Celebrations justified and resumed.

Final specs are still being speculated about for the road going Supra but the important thing is this isn’t just a racing concept. It’s Toyota’s new performance brand for sports-tuned road cars with the Gazoo Racing badge and what better car to get a GR or GRMN version than the almighty Supra.

What we do know is that Toyota has been building the new Supra in collaborations with BMW and their new Z4 Roadster (concept shown last year). Reports from those attending the Geneva Auto Show suggest that this fifth-generation Supra will feature a recalibrated iteration of the BMW straight-six with a power figure nearing 500bhp. Nothing’s been officially confirmed yet however and there may be more engine variants offered, though it is unlikely that the 2JZ will also be resurrected.

While Toyota’s being an impossible tease with all these delays with the new Supra, it’s still good to see a concept version that officially confirms the return of the iconic sports car. The 2014 FT-1 Concept looked way cooler in my opinion but I do acknowledge it was unlikely those proportions would have been road legal.

What do you guys think of the Supra Gazoo Racing concept? Are you excited for the new Supra? Share your thoughts in the comments below the gallery. 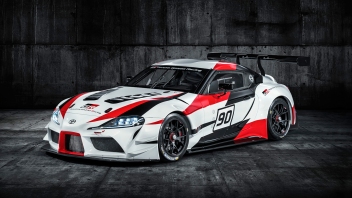 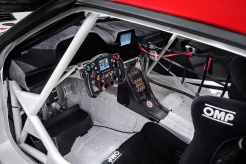 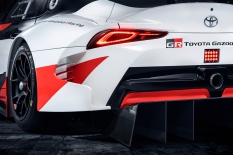 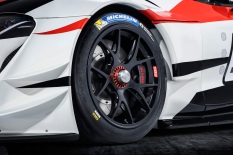