We’re just over a month away from the start of the 2018 F1 season in Australia, and it’s time to look at the regulatory changes that will come into place this year. While 2017 had some significant design changes, this time they are subtle but significant and that’s what we’re looking at first:

1) Engine cover design loophole closed
Last years regulations left a tiny passage down the middle of the car that was open to development by teams, which led to the T-wings and shark-fin style engine covers. This season, they have been banned and now almost all teams will have a similarly shaped engine cover, as we will see once all the cars get unveiled. 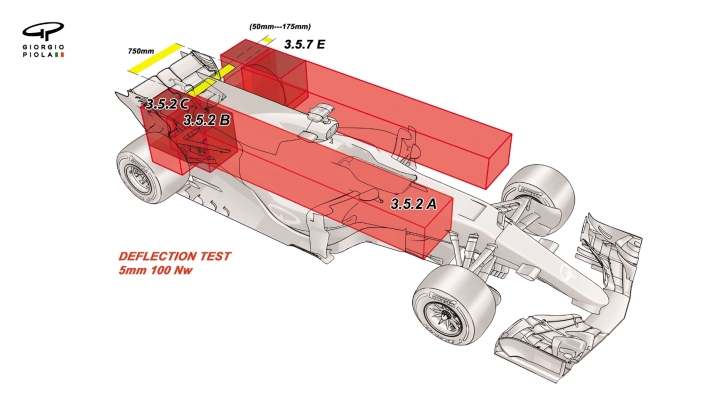 2) Halo – it’s here, like it or not
Originally introduced in 2015, the Halo was a concept designed to protect the driver from flying debris. After plenty of criticism, the design was withdrawn, but it has returned in pretty much the same look and is now mandatory for all teams. But there is still some scope for teams to modify its surface, which means we can expect originality and ingenuity in terms of aerodynamic mods on the halo. While there is an argument for the aesthetics of it, the unarguable fact is that it is for the safety of our racing heroes. Though the latter itself has sparked many a conversation about what makes the pinnacle of motorsport so exciting is the risk, the fact that these men and women put their lives on the line every race just to go faster than everyone else on the track.

3) No more trick suspension setups
A small but possibly impactful change bans any suspension setups that would allow the cars to adjust their ride height over the course of a lap depending on the steering angle. As shown in the illustration below, the suspension setup used by Red Bull.

Apart from the design changes mentioned above, FIA has also made the following changes in the regulations for this season:

1) Three engines per season
As F1 wants its manufacturers to showcase performance along with reliability, the rules have been tweaked to allow only three engines for the entirety of the season, down from a limit of four last season. We’ll have to wait and see how this effects driving sty as the sport tries to bd the balance between endurance and outright competitive racing. Or will this counter-actively make F1 more boring with factory teams having an even bigger advantage and asking their drivers to race conservatively?

2) Simplified grid penalties
The FIA has tried to make the grid penalties easier to understand for both the teams and the fans this year, particularly when drivers rack up multiple grid drops due to numerous power unit elements being changed, often in excess of the number of cars at the event. Now, any driver who earns a grid penalty of 15 places or more will have to start from the back of the grid. If more than one driver receives such a penalty they will be arranged at the back of the grid in the order in which they changed elements.

3) New tyre compound lineup
A wider range of tyre compounds for 2018 with the total now at seven, which includes the new hypersoft (pink) and the superhard (orange). The full range of Pirelli compounds in F1 for 2018 is: hypersoft, ultrasoft (purple), supersoft (Red), soft (yellow), medium (White), hard (blue) and superhard.

Hasta la vista Grid Girls!
In a controversial decision, F1’s new owners have decided to do away with the glam of extremely attractive women on the track in tight uniforms, also known as the Grid Girls. Many are calling this a reflex reaction to the developed world and its media taking a stronger stance against objectifying women, taken without consulting the models and young women who benefit m the job. Either in an attempt to get more exposure to the sport or simply as a summer job for some experience, travel and cash. Teams weren’t given the choice of hiring male or female grid personnel but simply had to do away with that element altogether.

Replacing the Grid Girls will be the Grid Kids which allows youngsters to get closer to their heroes and will also act as a recruitment ground for higher levels of motorsport. According to the story on the F1 website, the youngsters will be chosen by their motorsport clubs on merit, or by lottery, and will already be competing in karting or junior formulae. The lucky few will then be able to accompany and stand alongside the 20 best drivers in the world on the grid as they prepare for the race.

Those are the most significant changes to Formula for 2018. We look forward to the first race in Australia in March. Meanwhile, let us know your thoughts on these changes in the comments below and subscribe for more updates for F1.