Once upon a time, not long ago, any car that could reach a 100kph from standstill in under four seconds was an impressively quick supercar. Around the same time, anything labelled as an SUV would not be capable of anything that would fit the description of being ‘quick’. But as the wave of the SUV has continued to grow bigger and stronger, manufacturers thankfully decided to make these large, high-riding, plush ‘off-roaders’ accelerate faster than a 2003 Lamborghini Gallardo or a 2005 Ferrari F430.

Here are the 5 quickest production-model SUV’s that can do a 0-100kph in under four seconds: 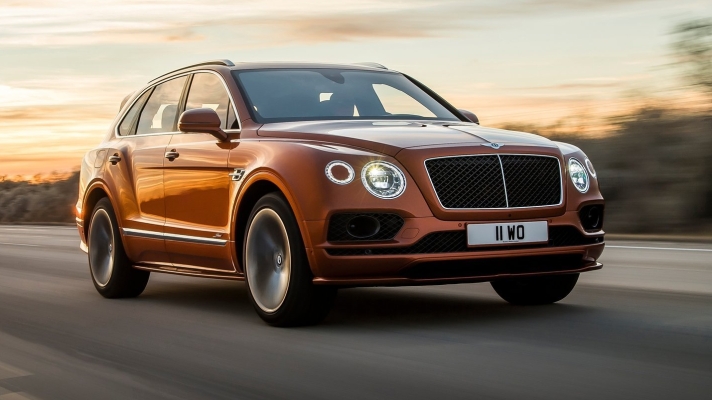 The Bentley Bentayga Speed has dethroned the Alfa Romeo Stelvio Quadrifoglio while still having the same acceleration time.  Why? Because this luxury hunk of an car took the crown of ‘Fastest SUV’ from the Lambo Urus with a top speed of 306kph. Bentley upgraded the 6.0-litre twin-turbo W12 engine to increase the output to 626bhp and 900Nm. It may not set an incredible time at the ‘Ring but its quick enough to be in this list.

AMG has been tinkering with just about every Mercedes-Benz model in recent times and the plushy GLC is no exception. In the 2017 variant, the GLC 63 S uses a typical 4.0-litre bi-turbo V8 tuned to produce 503bhp and 700Nm of torque. The 0-100kph time is even loonier considering this thing weighs just over two tons.

The newest member of the ridiculously fast SUV club is the Lamborghini Urus, recently unveiled in production specification. It may not be Lambo’s first ever SUV, but it is what they call the first-ever Super Sport Utility Vehicle and is the first Lambo to be powered by a 4.0-litre twin-turbo V8 tuned to an output of 641bhp and 850Nm. It was also the fastest SUV for a while with a claimed top speed of 305kph and given it’s racing pedigree, one can only wait till the Urus attempts a Nurburgring lap record.

It is the world’s most powerful SUV so it’s not that surprising that it is ridiculously quick for its weight and size. Jeep fitted a Grand Cherokee with a 6.2-litre V8, supercharged to produce a ridiculous 707bhp and 875Nm of twist. The rest of the car has been tuned with minor adjustments too for performance, but it is still a full-size, plush SUV that can seat five people and also go off-roading. Mad ting.

Tesla takes the cake again with its all-electric SUV, which isn’t surprising these days but surely a suggestion that just 5 years ago would have made petrol heads laugh their heads off. But Tesla has shown the world the potential of electric power, not just as an alternate fuel but for insane performance as well. The Model X is a luxurious urban SUV, with gullwing doors at the back and a heavy battery pack for power and range. Equipped with the ‘Ludicrous P90D’ pack, this 2486kg SUV can go from a standstill to a 100kph in just 3.1 seconds thanks to the avalanche of torque from the instantaneous delivery of electric motors, all 967Nm of it.

At this rate, is the era of a sub-3 second SUV much farther from now? Share your thoughts in the comments below.

Images from netcarshow.com
Facts and performance figures from TopGear.com