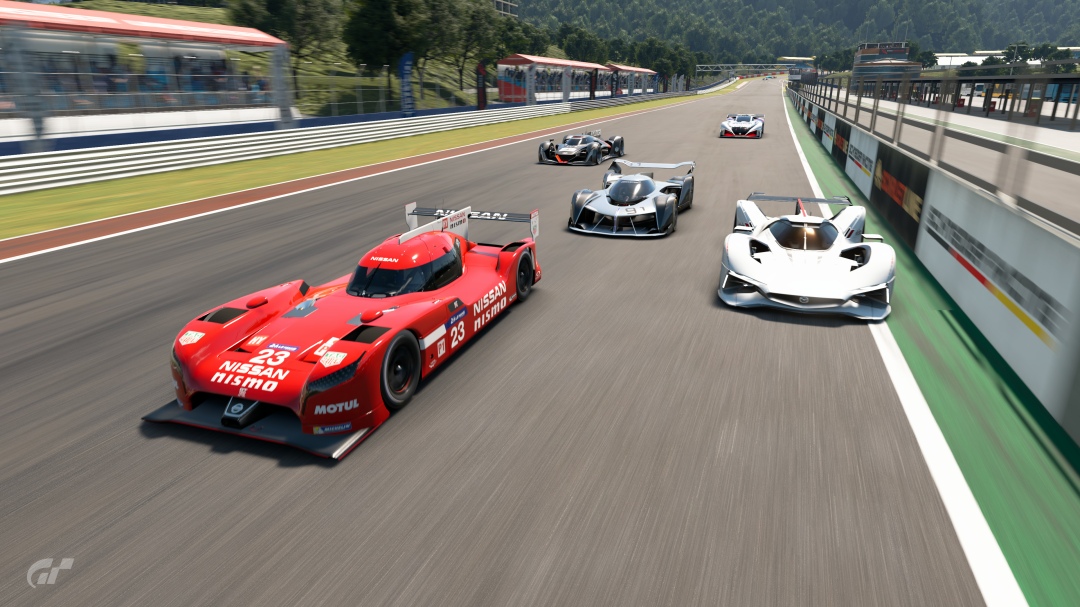 Yes! The Auto Loons also feature game reviews! Well, now it does and what better game to start with than the newest addition to an iconic racing simulation series: Gran Turismo Sport.

Polyphony Digital has finally released the successor to Gran Turismo 6, and it’s called Gran Turismo Sport. Why? Because this particular installment has a more focused perspective of fast cars: motorsports, ie, touring car racing and even Le Mans prototype race cars. GT Sport on the PS4 and PS4 Pro feels like a premium game from the get-go in terms of the graphics, the tone and the physics.

GT Sport is a racing simulator but is not as unforgiving as more serious titles like Assetto Corsa or Project Cars. There is a certain heftiness to the driving feel of the cars, even through a DualShock 4 controllers as you make your way around corners but be wary of how you hit the apex. Line up your wheels right as you board the kerbs or you will be punished. It’s a game that focuses on quality not on quantity, having been released with a measely 162 cars and a handful of circuits of various formats- GP, Dirt and City, and of course the entire Nurburgring 24h Nordschliefe circuit as well.

At the time of launch, GT Sport was a game that was mostly restricted to playing with an active internet connection, which is not ideal when you live in certain parts of India, even the developing ones. Players could only access the Arcade mode which has an even more limited number of tracks to start with. Though once you are connected to the internet, you can access both Campaign mode and Online multiplayer, along with Brand Central where you can buy new cars.

The Lobby is where GT Sport offers the most gamer involvement and rewards with an impressive level of categorical divisions and tournaments. But it is a multiplayer mode to race others across the world, LIVE, and would require a PlayStation Network account as well. I don’t have one yet, but I did try out a few races on a friend’s account and the experience is humbling. What was I expecting making a return to console racing games after all these years and going straight into online races?

That’s where campaign mode offers you the chance to get familiar with the game’s physics and capabilities. There are three modes within Campaign – Driving School, Mission Challenges and Circuit Experience. Driving School takes you through the basics of racing across a variety of tracks, in a wide range of vehicles and scenarios. Cornering, braking, lap times, fuel and tyre management as well are all part of the lessons, which need to be unlocked in succession. Mission Challenges offer an extension of the same but with a little more difficulty and more racing scenarios than just lessons on cornering and braking on a variety of track surfaces and elevation changes. Circuit Experience allows you to master every circuit in GT Sport, a few corners at a time before you put in your fastest lap. Complete as many if not all with a Gold level clearance for maximum rewards in terms of experience points and in-game currency.

The Campaign Mode was only accessible if your PS4 was connected to the internet but after the first bunch of updates in November , the issue was addressed and these features and gameplay were available even when offline. The most recent series of December updates has added GT Leagues as a free DLC which offers a series of racing championships in a range of cars with a cap on power output, engine and drivetrain types and even single-make races.

Another big part of the November and December updates was the addition of 15 cars to the game while Polyphony have promised another 35 by March 2018 to take the total count over 200 cars. The updates also include patches for improving game physics and different aspects of the online multiplayer as well. Future DLCs may add even more cars and tracks, though they may not necessarily be free.

One major part of GT Sport that caught the attention of the Auto Loons were the in-game cars that fell under the Gr. X classification. These are concepts designed by the world’s leading manufacturers, some purely to be enjoyed in the virtual world of Gran Turismo, while some are versions of real-world track only cars which may not have any direct rivals. These are some of the most insane performance cars in the whole game, and you can know more about them in the GT Sport Gr. X series that will be available on our YouTube channel at the start of 2018, so be sure to check that out in due course.

GT Sport also offers an immersive experience of taking the highly detailed cars in-game to certain locations for spectacular photographs in a section labelled ‘Scapes’. It allows the players to position up to 3 cars from their garage on a variety of backdrops and locations from across the world to to take some fantastic photographs with incredible levels of detail.

While the GamerLoon has made a return to console gaming after a considerable gap and with limited prior experience, Gran Turismo Sport has definitely tickled our automotive fancy and is definitely a worthy racing game for those on the PlayStation format.