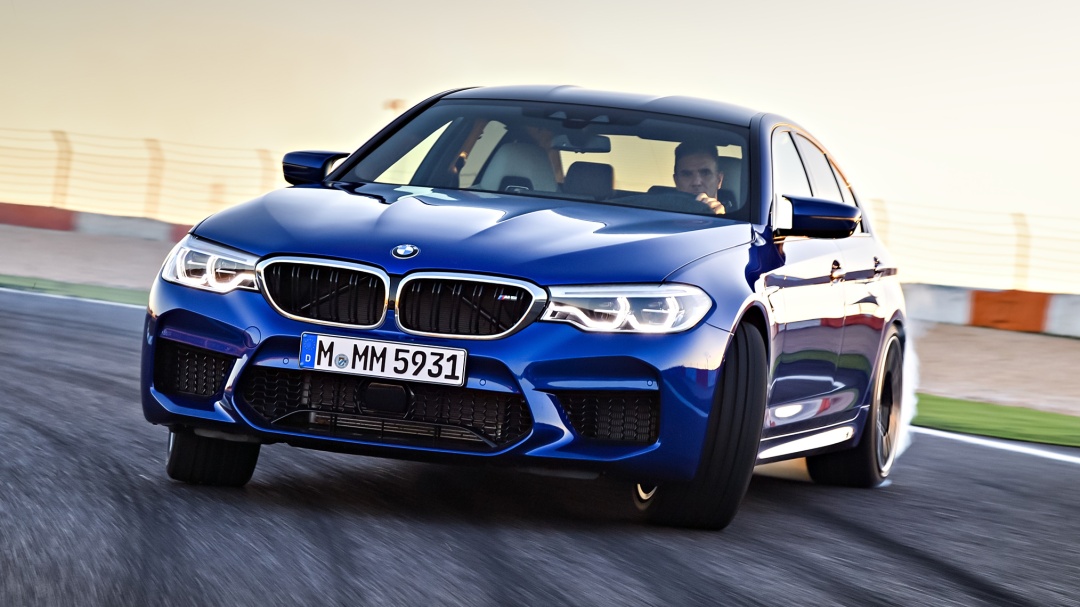 All-new BMW M5: Next generation of the mad family car is here

Insane performance with four doors and four seats. That’s my favourite type of car and the BMW M5 is the first one of that type that I fell in love with. I still get thrills watching a video of Tiff Needle sliding an E39 M5 around an airfield on a very wet British day. With the latest generation BMW M5, the F90, we have a highly advanced, well-equipped and totally bonkers 591bhp luxury sedan. Perfect.

Unveiled at the Frankfurt Motor Show and features in the new ‘Need For Speed: Payback’ game, the F90 gets a 4.4-litre twin-turbo V8 using M’s TwinPower tech where the engineering boffins have given it new turbochargers, more efficient indirect charge air cooling and increased the fuel injection pressure. All of that results in not only more power but also more torque which brings the output up to 591bhp and 750Nm of twist. The new M5 does come with xDrive and an Active M Differential. The engine is paired with a highly tuned 8-speed M Steptronic which BMW says can launch it from 0 to a 100kph in just 3.4 seconds and the unrestricted top speed is a crazy 305kph. Yes, you read that right, it has xDrive which is BMW’s 4WD technology, but this thing will still drift like that Tiff Needle video. How? Well, they looked at their biggest rival.

Lately, Mercedes AMG had taken the throne of the bonkers luxury sedan with the latest generation E63 S that has a 4.0-litre twin-turbo V8 producing 595bhp and 850Nm of torque. More importantly, this 4WD Merc came with a Drift mode, which would route all that power to the rear wheels only if you found yourself in the mood for a bit hooning around. BMW may not have taken an innovative step there, but its an idea worth following and that’s what they have done with the sixth generation of the M5.

The new M5 has about five different driver configurations to choose from based on the combination of the Driver Stability Control modes (On, off, MDM) and M xDrive Modes (4WD, 4WD Sport and 2WD). So, all you have to do is switch off DSC and 2WD to go around corners very quick and very sideways. BMW says you can get controllable slides that are less hardcore if you drive it in the M Dynamic mode with 4WD Sport, which is probably the setup most will use in daily driving scenarios.

Speaking of daily driving scenarios, the M5 also has the Variable Damper Control system with M-specific tuning and the M Servotronic steering. It is, of course, an M version of the latest 5 Series of course, so it is plenty luxurious and comfortable on the inside and packed with the latest technology and gesture controls too. For the first time, the new M5 also includes the latest generation of the onboard xDrive system and driver assistance systems from the new 5 Series. The M specific treats include two red-painted M1 and M2 buttons next to the gearshift paddles on the M steering wheel which allows drivers to configure two individual setups for the M5 which includes their choice of – M xDrive, DSC, engine, transmission, damper and steering settings, as well as the appearance of the Heads-up display. That along with all the M logos on the inside and outside of the car.

Those red M config buttons, they’re cool as long as you don’t spend time explaining to someone what they are. Just set one to the maddest setting and the other to your usual setting so you can switch from normal to insane when someone asks, “What does that do?” and slide around the corners in 2WD with DSC off and the suspension in Sport Plus mode.

BMW has also made sure the M5 looks distinctive from a standard 5 Series even without the M badges and with the engine off, thus the bodywork revisions. Broader front side panels and front bumper trim to house the larger air intakes for cooling, a cool rear diffuser, quad-tailpipes, M-specific designed bonnet and so on. The revisions are also for driving dynamics and performance purposes, as well as weight saving. Therefore the standard roof is made from carbon fibre-reinforced plastic (CFRP), lighter M compound brakes with the option of carbon ceramic as well and other components like the exhaust system also use CFRP.

The biggest problem for the M5, debatably, is not the Mercedes AMG E63 S. It’s from someone much closer and dearer – the Alpina B5 (above). Unveiled a month earlier, it’s the same but better with 600bhp and 800Nm of torque and a top-speed of 330kph, which is more. But most importantly, is that they’ve got an estate version of it, the B5 Bi-Turbo in Touring body style, and the only thing that trumps a ridiculously fast sedan in our list is a ridiculously fast estate. No 2WD mode though, but Alpina does say “the DTC Mode in the DSC offers pronounced rear-wheel-drive torque distribution which allows for more slip when driving at the limit.” What would you have? A BMW M5 stock-spec limited to 250kph or a ‘tuner’ estate version with more power and torque and a higher top-speed in stock spec? Share your thoughts in the comments after the gallery section.

Take a better look at the all-new BMW M5 F90 in the gallery below: 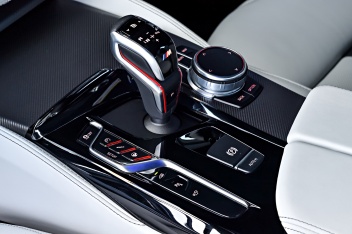 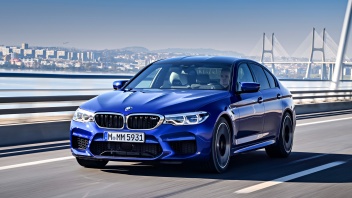 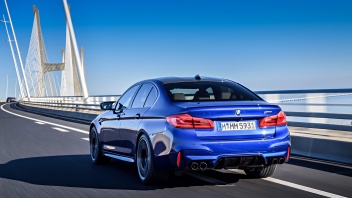 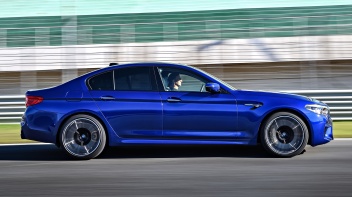 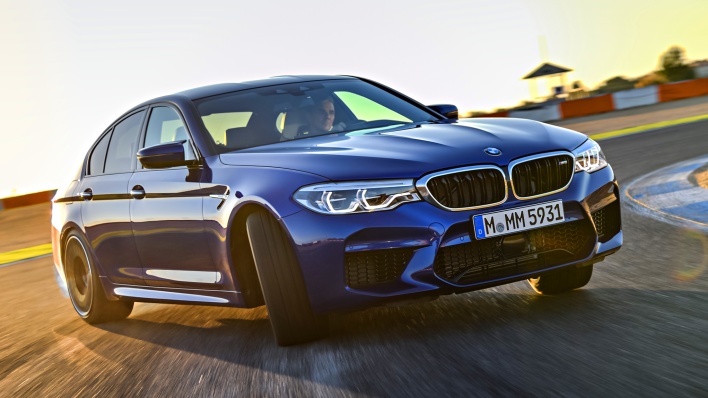 3 thoughts on “All-new BMW M5: Next generation of the mad family car is here”