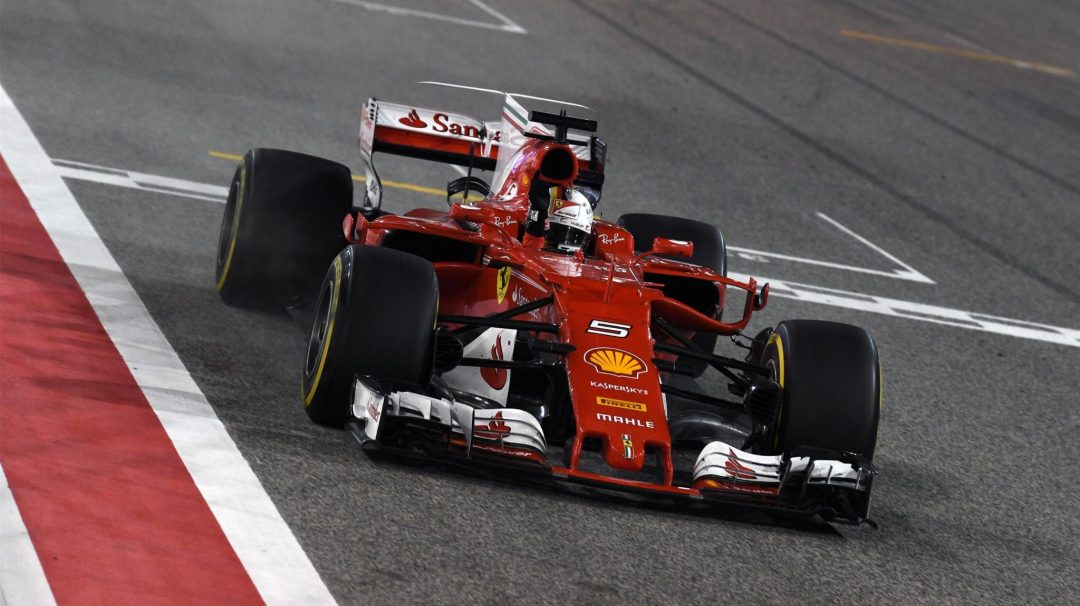 It’s been a while since we’ve been this excited about every race in Formula One, especially if you’re a fan of the prancing horse. But with the new cars this season, the red banner of the Ferrari has once again risen to the top, offering a serious challenge to the dominant force of the Mercedes’ silver arrows. 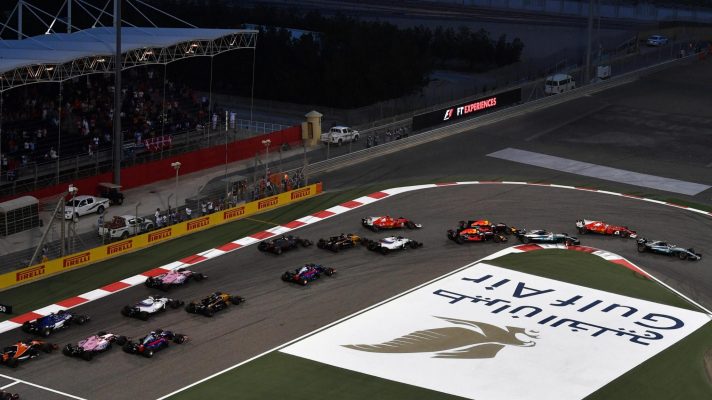 Sebastian Vettel took his 44th Formula One victory last night at the Sakhir circuit in Bahrain, pulling ahead in the championship standings. While the Ferraris weren’t able to match the pace of the Mercs in qualifying, Vettel had a good start from 3rd on the grid, getting past Lewis at Turn 1 and applying pressure on Bottas right from the start. While Vettel drove brilliantly and with good pace, it was Ferrari’s aggressive strategy with the pit stops and the tyres that cemented their win, finishing six seconds clear of Hamilton. There was a tense moment for Ferrari though when Lance Stroll and Carlos Sainz’s accident on turn 1 brought out the Safety car on Lap 13, which could have upset their entire strategy as was the case in China the weekend before.

Mercedes meanwhile had a difficult race night despite a brilliant qualifying session, starting one-two on the grid. But a lot of things went wrong for them, apart from losing to Ferrari’s strategy but the biggest incident happened under the yellow flag on Lap 14. Hamilton slowed down in front of Daniel Ricciardo’s Red Bull when they entered the pits which earned the Brit a 5 second time penalty. From thereon, it was an uphill battle for Hamilton. It was on that stop that Hamilton was put on a set of Soft compound tyres which theoretically could have taken him all the way to the end while Vettel would have to pit again. But it was not to be and Lewis had to pit on Lap 40 where he waited out his time penalty as well. No matter his pace, even when he was gaining on the Ferrari by over a second per lap, he just couldn’t cover up the ground and had to settle for second. 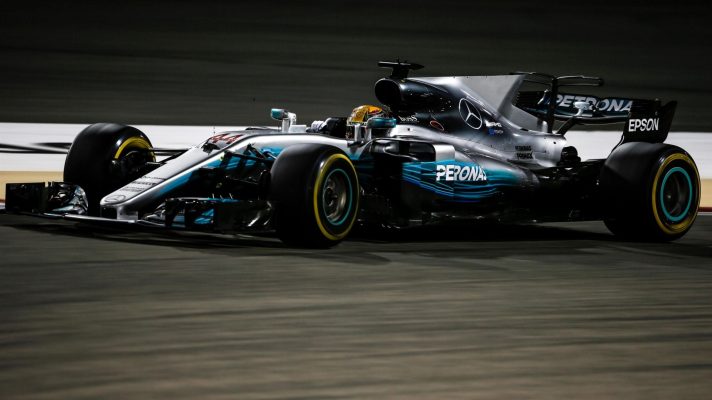 Bottas meanwhile, seemed poised for a great weekend, qualifying on pole position and getting a good start off the line. But it wasn’t long before things started going wrong for the Finn. His rear tyres were overheating and the pressure was too high, causing oversteer throughout and slowing his pace. This, in turn, created a circumstance which would be unpleasant for any racing driver. He was given team orders to let Lewis through to go after Vettel ahead, twice. Still, Valterri did well to finish third, getting both Mercedes cars on the podium, which is definitely helpful in the constructor’s championship.

Raikkonen finished fourth, just two seconds behind Bottas. His qualifying didn’t go well and he started fifth on the grid, having been outpaced by Ricciardo in the Red Bull. He had a rather subdued race with a slow start, getting overtaken by Verstappen and Massa on the opening lap. Kimi does seem to have taken on the number two role in the team and continues to face issues with his Ferrari making it difficult for him to find the pace needed to catch up to the leaders. Daniel finished fifth, his Red Bull struggling to find pace after having switched to the Soft compound tyres and was even getting passed by Massa in the Williams. But the weekend was significantly more unlucky for his teammate who didn’t even get to finish the race.

Verstappen had qualified 7th but had a great start, getting past Kimi and Daniel on the opening lap and pressuring Lewis who was chasing Vettel and Bottas ahead of him. The Dutchman seemed to be keeping up with the pace of the Mercedes and even at lap 10 was within a second of Hamilton. Following Ferrari, he too pitted early and seemed to be well placed to fight for a podium finish, but soon after coming out of the pits, his Red Bull suffered from brake failure going into Turn 4, ending his race. Felipe Massa had a much better weekend than China, qualifying eighth and finishing sixth, scoring much-needed points for the Williams team while teammate Stroll is yet to finish a single F1 race. Stroll had done alright in qualifying, starting 12th on the grid, but was taken out by the Toro Rosso of Carlos Sainz on Lap 13 at the first corner. 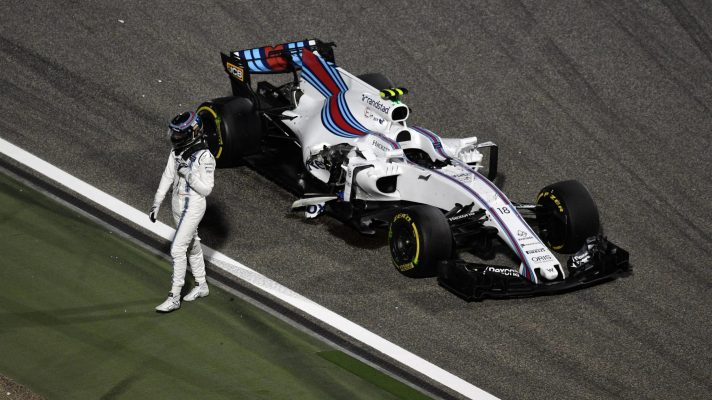 Sainz was exiting the pits and came hurtling down the inside line, diving into the Williams car and ending his race as well. Sainz wasn’t having a good weekend anyway, qualifying 16th, and then it got worse with the crash. His woes don’t end here though, as he was been given a three-place grid penalty in the next race because of the incident. Meanwhile, his teammate Daniil Kvyat didn’t have a good weekend either, starting 11th on the grid and finishing 12th, a no points finish for the Toro Rosso team then. Another contender in the middle order who had a less than ideal race was the Renault team. While both drivers started on the grid in the top 10 with Nico Hulkenberg in 7th and Jolyon Palmer in 10th, Hulkenberg was the only one who scored points with a 9th place finish. Palmer meanwhile finished last in 13th place. The Renaults have shown pace in qualifying but it seems the car needs work to be competitive through the race as well.

Team Force India had a pretty decent race night after a poor result in qualifying. It could be said that Sergio Perez had the best race of anyone in Bahrain, as he managed to finish 7th after having started 18th on the grid. Esteban Ocon meanwhile maintained his consistency by finishing in the points with a 10th place finish despite having started 14th on the grid. Still, the young driver would be aiming to finish higher up the order. 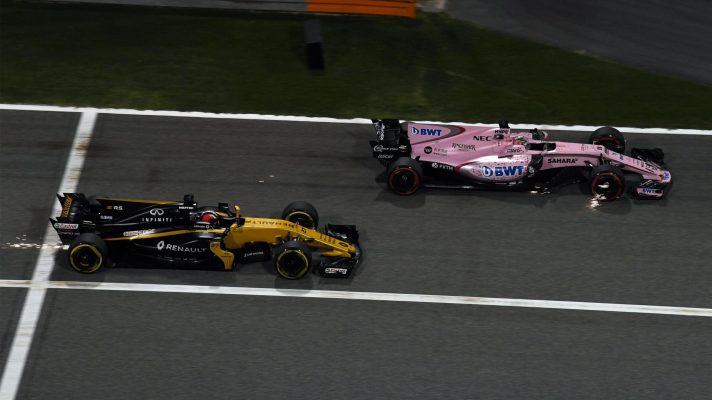 Haas F1 also managed to score some constructors points with Romain Grosjean, who started 9th and finished 8th, while Magnussen had an early retirement due to a technical problem. Pascal Wehrlein managed to finish his first race of the season in 11th place, taking his seat in the Sauber back from Giovinazzi. Marcus Ericsson meanwhile had to retire on Lap 50 due to gearbox failure.

It comes as little surprise that the team which had the worst weekend of them all, with none of the cars finishing the race, was McLaren Honda. In fact, they weren’t even able to start with both cars as Vandoorne’s McLaren suffered a mechanical fault on the out lap while taking grid positions. Alonso meanwhile was entertaining throughout fighting for position in the turns and losing out on the straights with the occasional animated radio message with the team. His McLaren conked out on Lap 54. 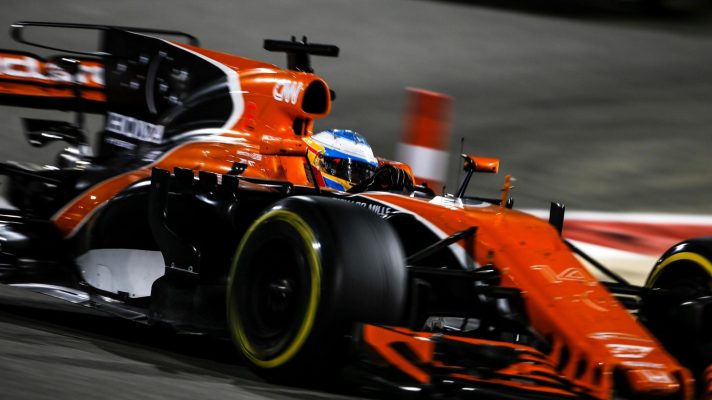 The action will resume in Russia, two weeks from now, with Vettel and Ferrari leading the 2017 championship. Stay tuned for further updates from Formula One.