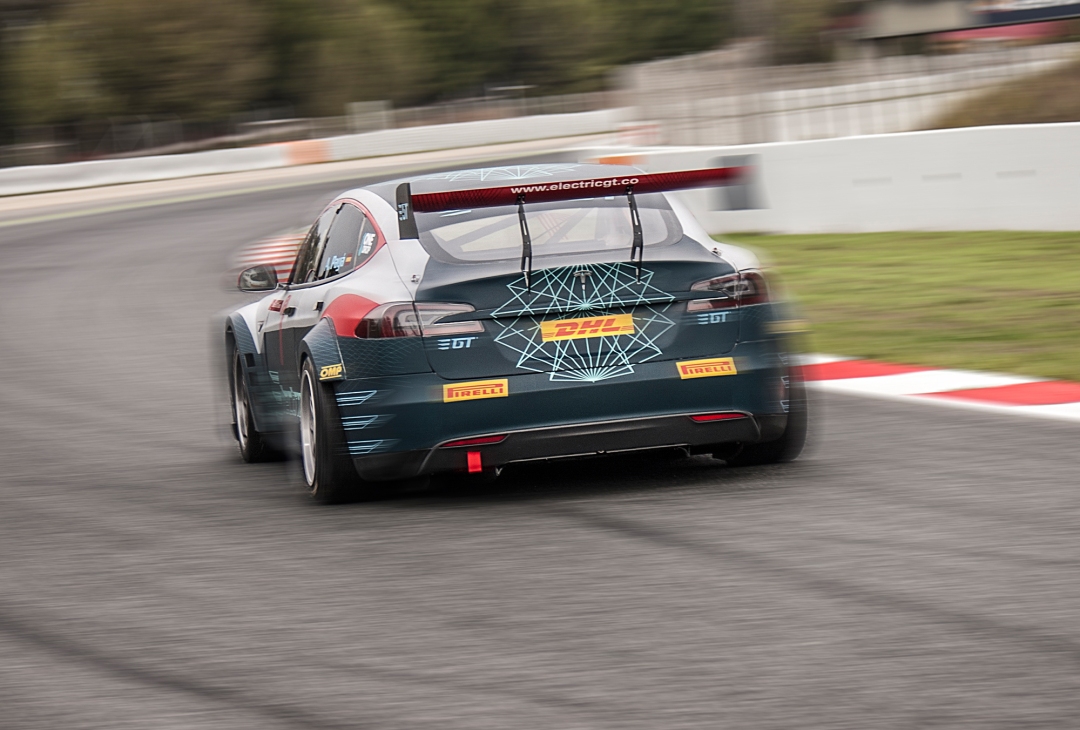 Exploring the future of Motorsport

There’s a new video out from the folks of Electric GT, what with their debut championship coming up in 2017, about the heavily modified Tesla Model S P85+ on the track. All racers will be based on the Tesla Model S P85+ will exclusively fill the grid for the first season, and will come with the same 410bhp rear wheel drive electric motors as the road car. Not much else is the same as the track cars adopt more aerodynamic elements, Pirelli P Zero slicks, the weight shedding and such. Check out the video below for the full details of these track ready Teslas.

The developed world is really pushing the agenda to switch to alternative fuels for personal transport for many years now, and with the advancements in technology, we can have practical and relatively affordable all-electric vehicles. But the strongest argument against letting go of combustion engines has been that the electric cars just don’t have the soul and sportiness and fun of the current fuel burners.

We let your lil electric buggies on to the roads and yes, it might have helped in the fight against pollution and global warming, but keep that slow feeble stuff off our tracks. But then they started messing with our sports cars and racing cars, with turbos and hybrids, cars that may have been more powerful, faster even, but not as amazing in their noise and not as wild. But we let that happen, grudgingly, finding some reassurance in the fact that the petrol engine is still the main heart of the motorsports we love. Then Tesla showed us that we could have fun to drive all electric cars that were sporty and practical and green and we started to be a little less stubborn, more forgiving, but still resisting its entry into our world of motor racing.

The electric car folk then got weary of trying to change us and thankfully slowed down their interference with our racing. But they did not give up, instead, setting up their own series of motorsport, of all electric vehicles, in formats similar or the same as the existing favourites. We got the formulaE and now which is starting to catch on with major manufacturers like Jaguar and Audi looking to invest and develop this new motorsport, and we have plenty more electric motorsport series on the horizon. The Electric GT Championship is starting next year, and the Red Bull Global Rally Cross too confirmed earlier this year that they will run an all-electric rallycross series in 2018.

These motorsports may lead to breakthroughs in making road-legal electric vehicles better as well, but as a spectator sport, the main complaint I wish they would address is the sound of the all-electric racers or the lack of noise they make. Let’s face it, a car could look like a Pagani, drive like a Pagani, but if it doesn’t sound like a Pagani, we simply wouldn’t love it the way we do.