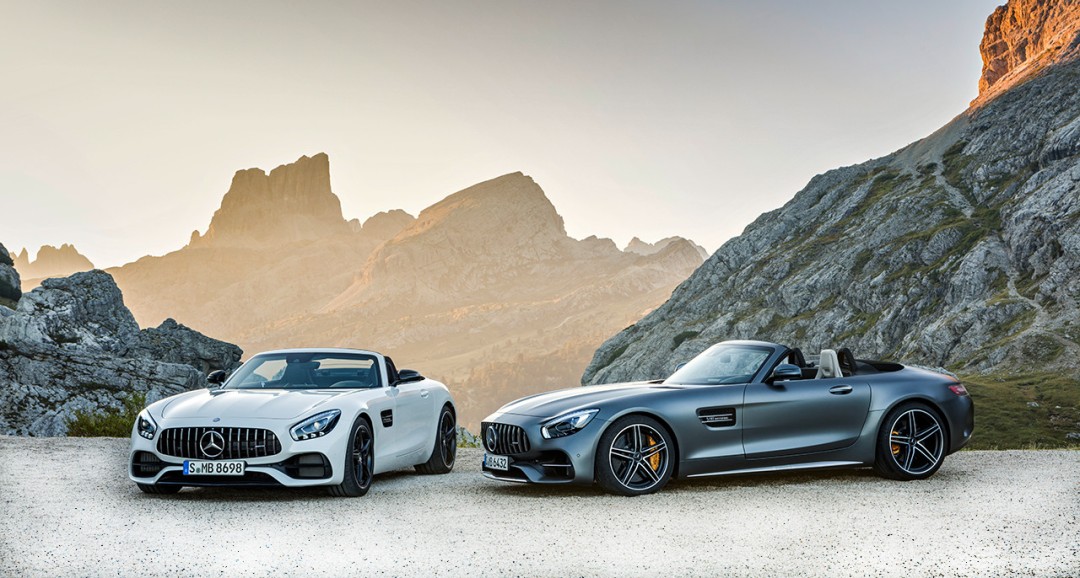 We knew it was coming, they had to make one, we just didn’t know it would be this bonkers, that is, a convertible version of the Mercedes-AMG GT.

The AMG GT Roadster has two versions : the standard GT with 469 hp and 465lp ft of torque that does 0-60mph in under 4 seconds (claimed) and a top speed limited to 188mph; and if that’s not enough for you, fret not because AMG is launching the GT C. The GT C Roadster makes a monstrous 550 hp and 502lb ft of torque that lets it do 0-60mph in 3.7 seconds and its top speed is limited to 196mph. All AMG GT models get the same heart in the form of a twin-turbocharged 4.0-litre V8. Interestingly, the engine is code-named M178.

The GT C roadster gets a lot of enhancements, not given on the standard GT roadster, from the GT R like rear-wheel steering and an electronically controlled limited-slip differential. 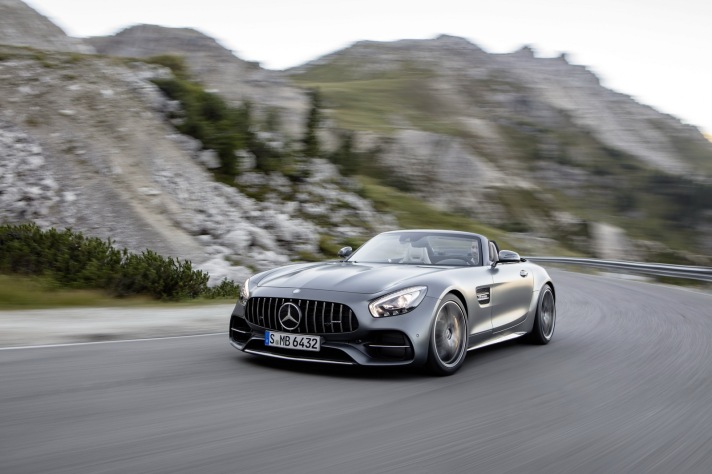 On the looks, both roadsters get the new Panamericana grille originally seen on the GT R, a fascia that includes active aero elements. Both these roadsters then get the extreme AMG look to go with the performance. 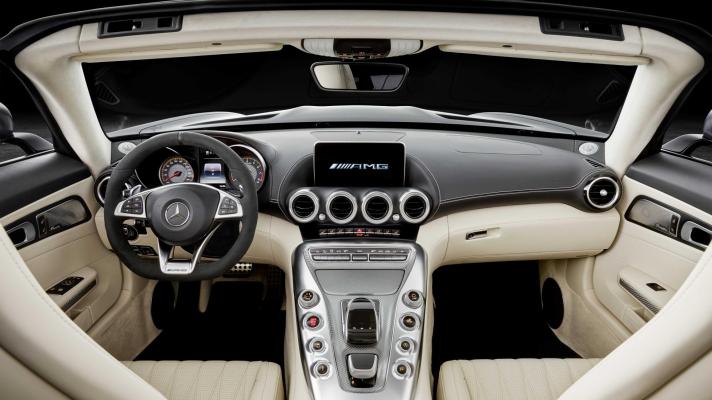 Normally I’m not a fan of roadster convertibles, but it’s hard to say that about an AMG monster. Maybe I’ll get to drive it someday after it comes out in 2017.