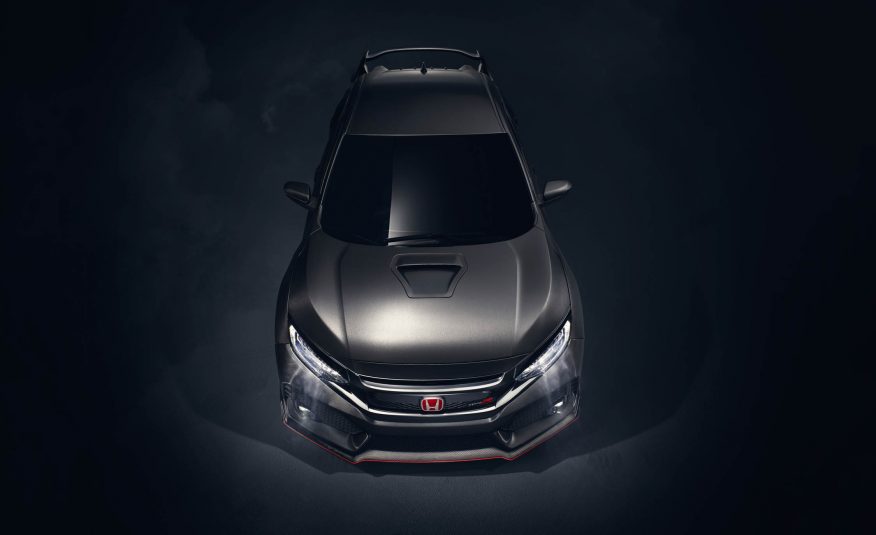 Nobody knows how difficult it is for a petrol head, waiting for a new Honda Civic Type R. But this time, Honda has unviled their concept version of the recently launched tenth-gen Civic, officially titled the Type R Prototype, and reports say that it is built for Nurburgring records.

Since it has been shown as a concept car, there has been no official technical data on it yet, but reports suggest that it will remain a front-wheel drive car, sticking to the Type R tradition there. It is also assumed that it will be using Honda’s recently developed 2.0-litre turbo VTEC engine that puts out a tremendous 306bhp, while suspiscions remain that it may get more power still to compete with rivals like the Ford Focus RS and the VW Golf to get that record lap time.

In terms of design, the Type R Prototype brings out the inner 10-year old in all of us, especially in the colors shown at the Paris Auto Show. Sitting demonically pretty on 20-inch gloss black alloys with red accents, it has a carbon-fiber front spoiler (also with red highlights), carbon-fibre side skirts, TWIN rear wings,  and a big diffuser at the back, just above its triple-center-exit exhaust pipes. Ohhh yeah. 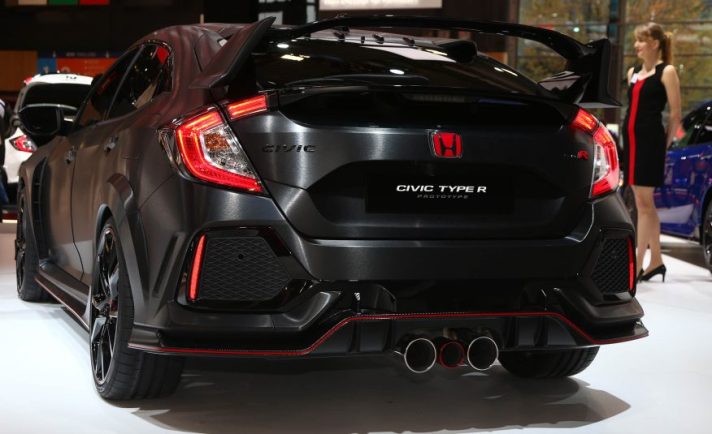 The Type R’s designer, Daisuke Tsutamori had stated that all of those design features have a function, towards higher performance. Well, we certainly hope so.